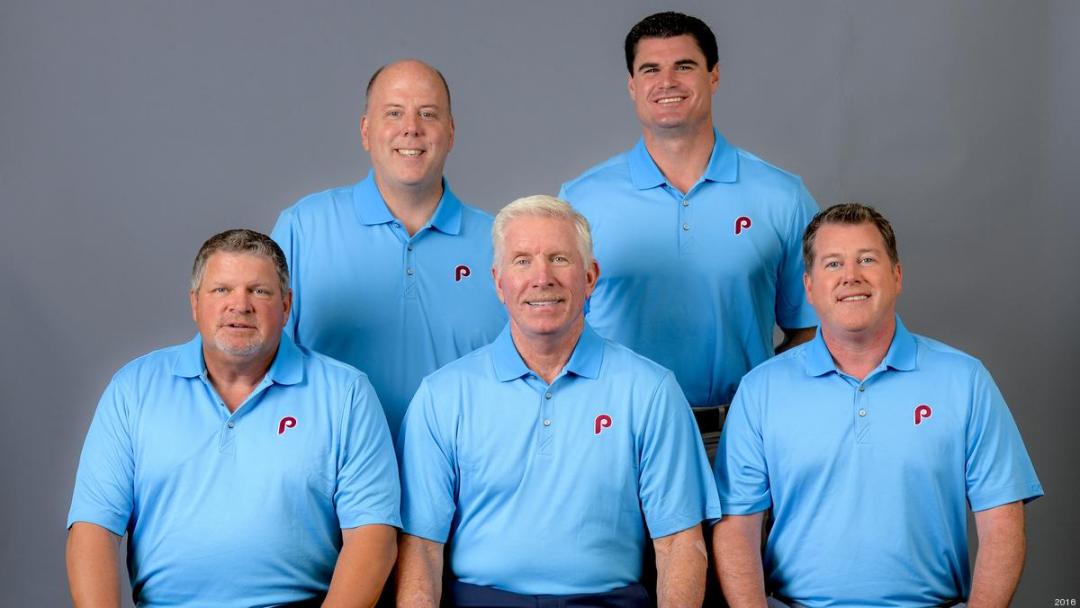 Phillies 2020 TV broadcasts will have a different flavor

It’s really happening. What has become known as “Summer Camp” across Major League Baseball is winding down. Opening Day is scheduled for this coming Friday. Baseball is (almost) back for the summer, and while we can’t be there in person, we will be able to watch every game on television.

Most of the Philadelphia Phillies games, as usual in the local market, will be broadcast on NBC Sports Philadelphia. Two games are scheduled to be broadcast nationally by FOX and two more are on ESPN.

If you have YouTube, Hulu, or Xfinity, you’ve got them all. Or you can listen to every game on 94 WIP radio and other various local radio stations. I have SiriusXM, and listen that way. If you have MLB At Bat, you have those options, as well.

This year is, of course, going to be very different than the normal baseball experience. The home teams are responsible for the broadcast feeds. I’m sure the camera crews are just fine in all of these ballparks. But we are used to seeing everything from a Philadelphia point of view. Now we are at the mercy of the opposing team. This will probably result in less favorable shots when the team is on the road of Phillies players and dugout…or players in the stands, as they have been spread out in practice.

It will be harder to get closeups of Bryce Harper or Aaron Nola because the “home teams” will be showing us close ups of players such as Giancarlo Stanton at Yankee Stadium and Pete Alonso at Citi Field. Can you imagine looking into the Red Sox dugout all the time? Gag.

We will have the opportunity to listen to each stadium’s PA announcer, and maybe hear the opposing players’ walkups songs. We will also hear canned crowd noise. I personally do not like that sound. We know that no fans are actually there. It sounds ridiculous. I don’t like the “cardboard cutouts” idea, either, with fans paying to have a blown-up headshot of themselves placed at a seat in the ballpark.

Our local Phillies broadcast team of Tom McCarthy, Ben Davis, and John Kruk will be heard at the home games for TV broadcasts, along with Mike Schmidt on weekends. That same crew will broadcast remotely for the away games.

That one should be interesting. It will be a challenge for them to make it sound like they are watching the game live…no free food or other goodies for Kruk this time! Gregg Murphy is a field reporter, so his role this year will be very creative. I can’t wait to see how that works out.

Our Phillies radio announcers are Scott Franzke, Larry Andersen, Kevin Frandsen, and Jim Jackson. Their job should be the least affected. After all, they have to paint a large picture on the radio for our imaginations during each game. The detailed descriptions of every play allows fans to “see” with our ears how the ball club is doing.

Franzke and Frandsen do a great job. Andersen is very opinionated, which is to be expected of a veteran color man. LA doesn’t travel, so this season will work out just fine for him. I enjoy the banter between these guys.

With the hockey postseason soon to begin we may not hear from Jackson as much. That would mean the Flyers are doing really well in the playoffs, so I’m okay with that. Bill Kulik and Angel Castillo will man the Spanish broadcast team. If you want to hear excitement, listen to that pair call a Phillies’ home run some time.

At any rate, I will be glued to the TV at 7:05 PM on Friday, July 24 for Opening Day against the Miami Marlins. I can’t wait to hear those magical words, “PLAY BALL!”