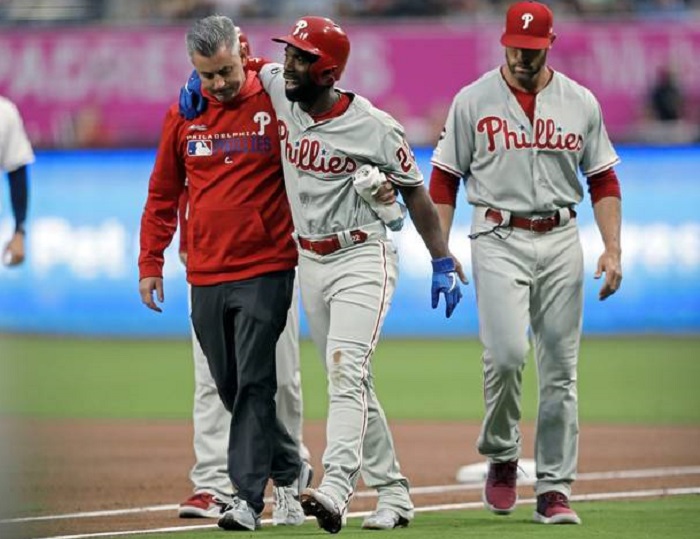 Are the Phillies going to fool us twice?

About this time last year I was planning a personal Phillies Phan Fest. I bought tickets for two mid-July games at Citizens Bank Park with the Dodgers and two games at PNC Park in Pittsburgh against the Pirates. Four games in five days. Heaven.

You see, about this time last year I was excited like many of you. The Phillies had signed Bryce Harper after weeks of negotiations and stories about him perhaps signing somewhere else. GM Matt Klentak had also secured the services of Jean Segura, J.T. Realmuto, and Andrew McCutchen. Rhys Hoskins was moving to first base, where he belonged.

On the mound, our young starting pitchers had another year of experience under their belt. Gabe Kapler was beginning Year Two as the Phillies manager. Surely he had learned some valuable lessons from that 2018 season.

The Phillies’ offense was going to be unstoppable. The other teams would beg for mercy by mid-game. And that’s how it looked for the season’s first six games. The Phillies started the year with a 5-1 record, averaging more than eight runs per game.

Then, little by little, they stopped putting up crooked numbers. Oh, there was an occasional six or seven runs outburst. In a late April game the Phillies scored 12 runs against the Marlins. But too many times the team struggled to score even as many as four runs.

Then, on the first night of June, McCutchen tore the ACL in his left knee when he was caught in a rundown in a game out in San Diego against the Padres. The Phillies’ left fielder and leadoff man was done for the year, and the 2019 Phillies were never the same.

With ’Cutch out of the leadoff spot, where he had performed so well, Kapler tried a different lineup every night. Hoskins stopped hitting, Jake Arrieta hurt his elbow and couldn’t pitch effectively, and…well, you know the rest.

My personal Phan Fest did not meet expectations either, although the Phillies won two of the four games. But generally there was no fire or fight to them. By season’s end the team was fortunate to limp home with a .500 record.

Which brings me to this year and, once again, reason for excitement. The Phillies went 14-5 during Grapefruit League play down at spring training before all of Major League Baseball was suspended due to the Coronavirus outbreak.

Harper was hitting .500, Segura .348, and Realmuto had a .304 average. Some of the younger, lesser known players were looking pretty good. Best of all, Joe Girardi is the Phillies new manager.

Consider this quote in a recent piece by Rob Maddi for the Herald-Whig in regards to the Phillies new skipper:

“There’s a different vibe surrounding the Philadelphia Phillies in spring training thanks to their new manager with the impressive resume. Girardi commands respect without having to demand it. He has a confident swagger that resonates with players because he’s won four World Series as a player and manager.”

However, I’m not going out and buying any tickets for Phillies games. Not now. Not yet. There may be a personal Phan Fest later this summer, assuming baseball does return. But for now, I’m going to wait and see.

Last year I gave in to my own personal excitement. I made plans, bought tickets, and made hotel reservations. Last year, Phillies, you fooled me. This year…well, let’s wait and see.

One thought on “Are the Phillies going to fool us twice?”