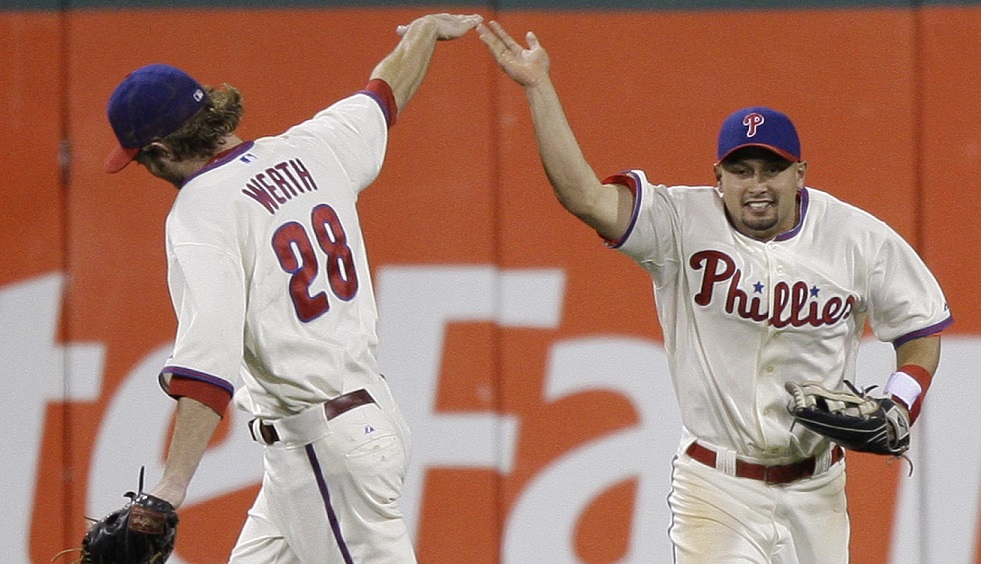 Philadelphia Phillies Team of the 2010’s

Few Phillies flames ever burned-out more quickly than Brown’s, who nonetheless made the team of the 2010’s

The decade of the 2010’s began with the Philadelphia Phillies at or near the pinnacle of baseball. The club was a two-time defending National League champion, and in the midst of what would become five consecutive NL East crowns.

You could easily understand thoughts at that point, and even a year later, that the Phillies might become the 2010’s Team of the Decade in Major League Baseball.

The fall came hard and fast, and fairly unexpectedly. By mid-decade the club had plummeted to the very bottom of baseball.

The leaders of those league and division championship teams disappeared over time, some due to age, some to injury, some in trades to replenish a farm system that would never deliver the help needed to turn things around.

Over the course of the ten years ending with this past 2019 campaign the Phillies went a cumulative 787-833. They finished in last place in the NL East on three occasions and have not enjoyed a single winning season since the first two.

As the decade draws to an end, the Phillies have now stabilized as a .500 team thanks to a handful of prospects developing into contributors and a few impact trades and free agent signings.

But this piece isn’t about looking ahead, it is a look back. In particular, this is one man’s selection of the Phillies Team of the 2010’s.

I decided to put together this team in a bit of a unique fashion. Rather than try to pick the best overall players in the fullness of the decade as others have, I opted instead to look at the actual performance of individual Phillies regulars during each particular season.

This Phillies team is therefor made up of the best individual WAR seasons turned in by a player for the team at each position on the diamond. I’ve listed the player name, their top season, and some of their more important stats and notes, including that Baseball-Reference WAR mark.

2 thoughts on “Philadelphia Phillies Team of the 2010’s”