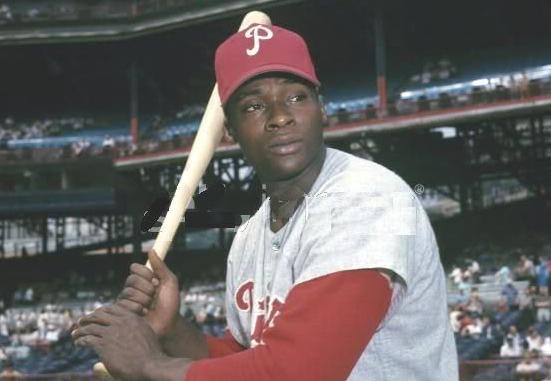 Four Phillies have won the NL Rookie of the Year Award

In a scheduled 6:00 pm EST telecast this evening on MLB Network, the 2019 Major League Baseball Jackie Robinson Rookie of the Year Awards will be announced.

These are the official awards for the National and American League’s top first-year players as chosen in voting by members of the Baseball Writers Association of America.

Over in the AL the finalists are OF/DH Yordan Alvarez of the Houston Astros, 2B/OF Brandon Lowe of the Tampa Bay Rays, and starting pitcher John Means of the Baltimore Orioles.

Winners of the IBWAA (Internet Baseball Writers Association of America) Rookies of the Year were announced earlier in the day. Those awards went to Alonso in the NL, with Alvarez capturing the AL honors.

The Chicago chapter of the BBWAA established the original Rookie of the Year Award in 1940 and voted on a single winner for all of baseball through the 1946 season.

In 1947, voting went national, and the winner was the racial barrier-breaking Robinson. Beginning in 1949 a separate award was given for the top rookie in each league.

Originally named the J. Louis Comiskey award after the 1930’s-era Chicago White Sox owner, it was renamed as the Jackie Robinson Award in July 1987 on the 40th anniversary of his breaking baseball’s unofficial color barrier.

The Philadelphia Phillies have seen four players take home the award as NL Rookie of the Year.

The first of these was Jack Sanford. A right-handed pitcher from Massachusetts, Sanford was signed by the Phillies as an amateur free agent prior to the 1948 season. He made his first big-league appearances during a brief three-game cup of coffee in 1956.

For his outstanding freshman season, Sanford not only took home the NL Rookie of the Year award, but was also named to the NL All-Star team that year. In addition, he finished 10th in the NL MVP voting.

Seven years later, in what would become an infamous 1964 campaign for the Fightin’ Phils, a slugging 22-year-old third baseman named Dick Allen took the honors in the National League.

Allen (featured picture accompanying this piece) had also received a cup of coffee in September prior to his breakout season, hitting .292 over 25 plate appearances across 10 games in September of 1963.

The following year, Allen (known then as ‘Richie’) led the Phillies to the front of the National League, a position the club would hold until collapsing with 10 consecutive late-September losses left them a game off the pennant pace.

Among his 80 extra-base hits were a league-leading 13 triples, and Allen led all of Major League Baseball with 352 total bases.

In addition to capturing that year’s NL Rookie of the Year honors, Allen finished 7th in the NL Most Valuable Player voting.

It would be more than three decades before another Phillies rookie took home the honors. Once again it would be a dynamic, slugging third baseman. But that player very nearly did not qualify for the award.

Requirements for the MLB Rookie of the Year Awards are that a player must have fewer than 130 official at-bats or fewer than 50 innings pitched in order to be eligible. They must also have fewer than 45 days on the active roster, excluding time on the disabled list, in military service, or time when the rosters are expanded.

In 1996, Scott Rolen was called up for an August 1 doubleheader against Saint Louis at Veteran’s Stadium. He would play so well that he was never sent back to the minor league.

Rolen hit .254 with four homers, seven doubles, 18 RBIs, and 10 runs scored over his first 146 big-league plate appearances with the Phillies across 37 games that summer.

Then, in the bottom of the third inning of a September 7 game at Veteran’s Stadium, Rolen was hit by a pitch thrown by Chicago Cubs starter Steve Trachsel. He would be pulled from the game, and miss the rest of the season.

That left Rolen a single at-bat shy of exhausting his rookie eligibility. With it still intact the following year, he would become a runaway winner in the 1997 Rookie of the Year voting.

Eight years later, in 2005, a hulking first baseman named Ryan Howard would become the fourth and most recent Phillies player to win those Rookie of the Year honors.

Howard may have been ready for his big-league debut a year earlier, but was blocked by future Hall of Famer Jim Thome. Howard did receive his own September cup of coffee promotion in 2004, blasting a pair of home runs over 42 plate appearances across 19 games.

Thome was still manning the first base position at Citizens Bank Park when that 2005 season began, so Howard again began the season at Triple-A.

However, an injury to Thome opened the door for an opportunity, and Howard  was called up on May 3 for what would be another dozen games. The injury to Thome’s elbow would persist, eventually costing his season. Howard came back on July 2 to stay.

Over the final four months of the season, Howard slashed .296/.365/.585 and became one of the most feared middle-order hitters in the game. He blasted 21 homers with 62 RBIs over just 318 plate appearances in that stretch.

During the ensuing off-season, Thome would be traded away to the Chicago White Sox for a package led by center fielder Aaron Rowand. Howard would become ‘The Big Piece’ in the middle of the lineup for five straight NL East Division champs, back-to-back NL pennant winners, and the 2008 World Series champions.

While a member of the Washington Nationals, Bryce Harper took the honors as National League Rookie of the Year as a 19-year-old back in 2012. Harper hit .270 with 22 home runs, 57 extra-base hits, 59 RBIs, 98 runs scored, and 18 stolen bases after being called up on April 28.