9/11: All Americans should visit the memorials

On September 11, 2001, the United States of America came under attack by Islamofascists who were representative of millions around the world who hated – who, in fact, still hate – our way of life.

Thousands of Americans were killed and injured. The iconic Twin Towers of the World Trade Center in New York fell. The eye of the Pentagon, the very home of American security, was blackened, with more than a hundred more killed.

And in a previously anonymous field in Somerset County, Pennsylvania, United Air Lines Flight 93 exploded into the ground. All 44 people on board were killed, including a number of brave passengers who rushed the terrorists who had overpowered the crew and taken command of their plane.

As with every September 11th since that fateful day, AmericanS remember. Just as with the attack on our nation that occurred on December 7, 1941 at Pearl Harbor, Hawaii, we will never, ever forget.

We watch on television and our devices as the President delivers a message to the nation. The roll of names will be read of those who were killed at the various locations in New York, Washington and Pennsylvania. They are pictures and sounds that most of us have seen and heard in some version for 18 years now.

But there is another thing that I would recommend every American should do at some point. Actually plan a trip and go to the site of each of these memorials.

In late summer 2015, my wife and I undertook a trip to Manhattan. We stayed at the World Center Hotel, with a room overlooking the World Trade Center memorial site. We visited the memorial area, and went to the top of the new Freedom Tower. 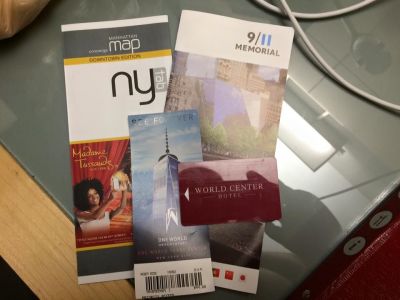 The 9/11 memorial park itself, in the very footprint of the former Twin Towers, is a moving place of reflection adjacent to a beautiful, serene park.

Freedom Tower, formally known now as One World Trade Center, is a majestic, powerful symbol of America’s ability to recover and thrive after attack and disaster.

It was a trip that I am so very glad now that we took. I have not yet been to the Pentagon, or to the Flight 93 Memorial in Shanksville, Pennsylvania. They are absolutely on my personal bucket list.

I would encourage all Americans to make a trip to each of these memorials. Being there in person, at the very place where so much death, destruction and carnage took place on that day, really brings it all home so much more powerfully than any television image.

Below are links to many of the official memorial sites and other valuable resources to help plan your trips.

IMPORTANT NOTE: Areas of the National 9/11 Pentagon Memorial will be closed for lighting repairs and construction, due to be open fully again by late May 2020.