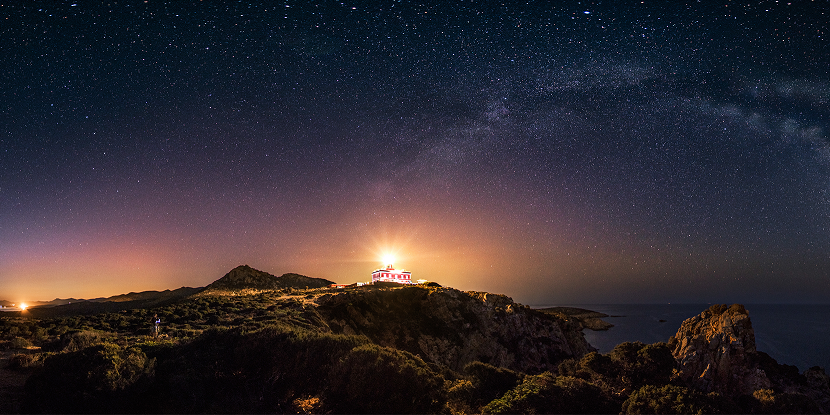 Sunday Sermon: A city set on a hill

The ‘Sermon on the Mount‘ was delivered by Jesus Christ shortly after he had chosen his original twelve apostles and begun his public ministry. It is covered most famously in chapter five of the Book of Matthew within the New Testament of the Bible.

One of the most influential, inspirational speeches in the history of mankind is widely believed to have been delivered at or near what was once known as Mount Eremos, a hill located between Capernaum and Tabgha in northern Israel.

During this speech, Jesus delivers three of the most famous teachings of his life: the ‘Golden Rule’, the Lord’s Prayer (Our Father), and the Beatitudes.

Another key element of what I personally believe to be the greatest speech ever given is a section that has become known as the “Similes of Salt and Light”, which appears at Matthew 5:13-16.

The simile of light section specifically reads as follows:

“You are the light of the world. A city set on a hill cannot be hidden. Nor do they light a lamp and then put it under a bushel basket; it is set on a lampstand, where it gives light to all in the house. Just so, your light must shine before others, that they may see your good deeds and glorify your heavenly Father.”

On January 11, 1989, President Ronald Reagan delivered his Farewell Address to the Nation. In it, he famously referenced this passage as it had been adopted by John Winthrop.

Winthrop was one of the key figures in founding the Massachusetts Bay Colony, the second major European settlement in New England after Plymouth. He also served as the colony’s governor over four separate terms.

When his group of pilgrims to the New World had set out, Winthrop described their goal: “We shall be as a city upon a hill, the eyes of all people are upon us.”

The ‘Similes of Salt and Light’ section from the Sermon on the Mount was the subject of the gospel reading and homily at today’s Mass in our church.

In delivering his homily, the priest referenced the current political climate in the United States, particularly as it relates to the issue of immigration.

Father did a fairly good job of walking a hazardous tightrope, considering that he likely had folks from different political viewpoints sitting in the aisles of the church.

But the primary message that he was trying to convey is a valid one, no matter which side of the aisle you sit politically. As Christian Americans, we are called upon to rise above rancorous political discourse.

On this issue of immigration, all too often some members of the media and of certain political persuasions seem to want to paint conservative political thinkers as “anti-immigration”, which could not be further from the truth.

The majority of us are the product of immigration to the United States. At some point in the last century or two, most of us had ancestors who stepped off a boat and onto the shores of America. Like most of today’s immigrants, they were hoping to make a better life for themselves and their families.

It is important to remember that we are not at all “against” immigration. Instead, we are against unchecked, unvetted, uncontrolled, and illegal immigration.

In our efforts to better secure our country, we also need to remember that legal immigrants should be welcomed with open arms. Many people lawfully and properly enter our country and become citizens. Those people deserve our full support as first generation Americans.

As polarized as today’s society has become, it is far better to be “for” something than “against” anything. We are not against illegal immigration. We are for a lawful, orderly process, and a secure America for all of our lawful residents and visitors.

We need to remember, in our tone and our tenor, that we have to be better than the divisive politicians and professional agitators who thrive on driving us apart. This is particularly so when remembering that we are Christians in addition being Americans.

As good, law-abiding United States citizens and followers of Jesus Christ, we are called to stand up and ensure that our nation always serves as that city set on a hill. As a blessed people, we are called to shine the light of freedom before all others.

And all the while, we must keep in mind the last three words of the ‘salt and light’ section of Jesus’ timely message: “glorify your Heavenly Father.” Whatever we do, if we are doing it for God’s glory, then we will continue to be blessed as a nation.

NOTE: this is a continuation of the long-running ‘Sunday Sermon’ series. All entries can be viewed by clicking on that link in the below ‘Tag’ section.

One thought on “Sunday Sermon: A city set on a hill”