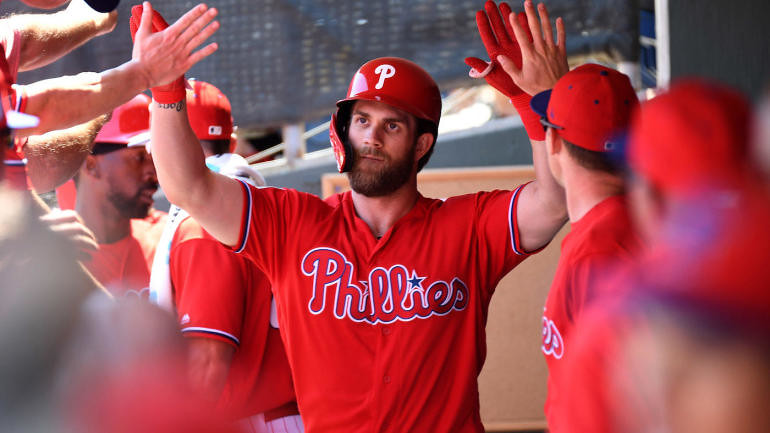 To take advantage of Bryce Harper’s prime, Phillies must play to win now

Major League Baseball is readying itself to finally get a COVID-delayed season underway in late July. For the Philadelphia Phillies there is no choice but to go all-in and try to actually win the World Series now, this year, as well as in the next couple of seasons as well.

Just over a year ago when all was still normal in the world, the Phillies spent a large amount of money and built much good will from their fan base in signing free agent Bryce Harper.

That signing was accompanied by other moves that were geared towards winning now: specifically the trades for J.T. Realmuto and Jean Segura, and free agent signings of Andrew McCutchen and David Robertson.

Year One of that plan to win came in what was basically the first year of Harper’s “prime years” at age 26. But rather then win the club finished a disappointing .500 at 81-81, hurt by early-season injuries to both McCutchen and Robertson and disappointing performances by others including first baseman Rhys Hoskins and much of the starting pitching rotation.

Year Two of the plan will come during Harper’s age 27 season. Because of the pandemic it will be a season different from any in MLB history. However, that cannot be an excuse for the Phillies. In fact, it must be seen as an opportunity.

You see, there are only so many seasons available in Harper’s prime. And the organization committed to such a huge contract to take advantage of the first six or seven years in the career of their new centerpiece player.

Realmuto is his own special situation because as all fans know by now, the best all-around catcher in baseball is a free agent after this season, virus-shortened or not.

Especially considering that the Phillies surrendered one of baseball’s top pitching prospects, Sixto Sanchez, in order to obtain him for what has thus far been just one full disappointing team season, getting Realmuto’s signature on a contract is now vital. The catcher turned 29-years-old back in March. The next four years are likely to be his own final prime seasons.

Even Aaron Nola, the Phillies young pitching ace, is only signed through 2022 guaranteed with a $16 million team option for 2023.

If you consider that Harper, Nola, Realmuto, Segura, and McCutchen are now to be considered key, core players for the Phillies then you have a short window of maybe three years to win with that group all together. And 2020 is one of those years.

So, the Phillies have no choice. They cannot punt 2020 in any way. This has to be a winning season in which they reach the postseason and make a pennant and World Series push. The must play to win now.