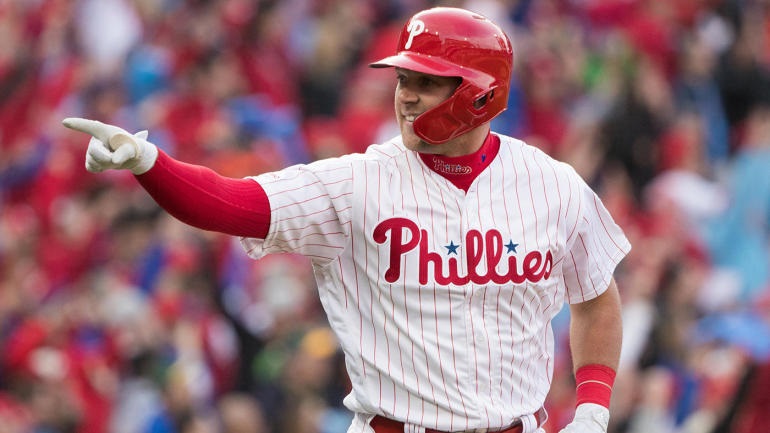 Oh, how I miss Phillies baseball. The start of the baseball season is such a welcoming sign, as it means the change of seasons from winter to spring and then eventually to summer. Opening Day means baseball will have the stage in the sporting world for the months to come.

We flock to the ballpark to cheer on our favorite teams, take in all the sights and smells, talk with friends and family about the current team and teams of the past. Baseball, and sports in general, can be an escape from what is going on in the world around us.

While we currently are missing out on that experience, the reasoning is certainly understandable. Baseball will be back eventually. When that is, no one knows for sure. Major League Baseball has stated that baseball will return once it is deemed safe. It seems like everyday we are seeing or hearing reports of new and creative ideas to get a 2020 season underway. Reports suggest teams will head back to their spring training complexes and play their seasons against their March Grapefruit or Cactus League foes. One suggested we could even see teams play games in Japan.

The COVID-19 pandemic shut down the American sports world at a time when the Philadelphia Phillies were playing some really good baseball this spring. The team was 14-5, best record for both the Grapefruit and Cactus Leagues, and the Phillies appeared ready for the start of the regular season.

When baseball does make its return, new Phillies manager, Joe Girardi will be filling out a regular season MLB lineup card for the first time since his contract expired with the New York Yankees. Phillies fans have spent the last two years unsure of the lineup that Gabe Kapler would construct, as it seemed to change with each game.

The analytic-minded Kapler, albeit sometimes due to injury, made his lineup decisions in an effort to “optimize for every last advantage,” plugging players into different spots in the batting order to get what he and the Phillies analytics department felt would be the most out of those players each day. Some of the players balked at this method, feeling they could not get comfortable in the order. The results showed. I believe that Girardi will try to stick with a mostly steady lineup throughout the season.

Here is the lineup that I believe Girardi should feature everyday:

As Andrew McCutchen has gotten older, he has become more of a top-of-the-order type hitter. Getting on base, seeing a lot of pitches per at-bat, and smart base running has allowed him to remain effective here in the back-half of his career. Prior to getting injured last season, ‘Cutch’ was slashing .256/.378/.457 and was leading the NL in walks while ranking fifth in runs scored. Having a longer delay here at the start of the season should help him get fully healthy, and having a healthy McCutchen would help the Phillies get back to their winning ways of early 2019.

Jean Segura takes the two hole. Prior to the McCutchen injury, Segura was actually on target to put up numbers during his 2019 campaign as he had over his three previous seasons, including batting over the .300 mark. However, the McCutchen loss seemed to weigh on Segura heavily, and he went into a funk. After being bounced around by Kapler, Segura says he is ready to get back to a more consistent spot behind McCutchen in setting up the middle of the order.

What more is there to say about Bryce Harper‘s first year in Philly? He endeared himself to Philadelphia throughout the season, whether donning Phanatic cleats, fist-pumping the home crowd, and certainly with his unforgettable walkoff moonshot against the Cubs, Harper did just about everything right in his first season in red pinstripes. While some feel that his batting average was too low for a $330 million man, the Phillies paid Harper to hit home runs, drive runners in, and become the face of the franchise. He did that and more in his first season. I think we can all expect a little bit more in his second season, with Harper and his family even more comfortable with their surroundings and with a more consistent lineup around him.

Rhys Hoskins spent much of the last two years hitting fourth in the Phillies lineup. And while I wanted to put him here (more on him in a moment), I felt like there may be a more productive player for that spot. Enter the best catcher in baseball, J.T. Realmuto, whose own first season in Philadelphia was also a highly successful one. Selected to the NL All-Star team, Realmuto was recognized after the season with a Gold Glove Award and a Silver Slugger Award. Entering the final year of his contract, Realmuto is playing for a big payday, so much can be expected (clears throat: “Phillies, pay the man!“)

Batting in my five-spot is Didi Gregorious. Coming over from the New York Yankees, the club’s new shortstop is coming off an injury-plagued 2019 season, missing time due to Tommy John surgery. Gregorious played for Girardi’s in the Big Apple and he slides in nicely at this spot in the 2020 Phillies lineup. If ‘Sir Didi’ can recapture his 2018 results, he would help to seriously lengthen the batting order and provide Girardi with a nice group of alternating left, right, left, right hitters in the middle of the order.

Sliding a few spots down in the lineup would be Hoskins. The first baseman began 2019 with a lot of excitement, blasting a grand slam in the Phillies first game of the season. Fans thought with some added pieces around him in the lineup, Hoskins could enter the conversation among the top offensive first basemen in game. It never panned out as Hoskins struggled much of the year, especially in the second half for a second straight season. With a new hitting coach arriving in Joe Dillon and new mechanics built into his swing, a more consistent Hoskins could provide some real thump to the back of the order.

Slotting into the seventh spot is new second baseman Scott Kingery. Not new to the team, but Kingery is entering 2020 finally cemented into his natural position after being bounced around over his first couple of big-league seasons. After struggling mightly in as a rookie in 2018, Kingery improved some last season, slashing .258/.315/.474 with 19 home runs and 55 runs batted in. Will a return to his natural position, a comfortable and consistent spot on the diamond, help Kingery focus even more on his hitting? To be determined. But this fan is excited to see what could be from the 25-year-old.

The eighth position player in my lineup would be 24-year-old Adam Haseley. The former first round draft pick should receive most of the playing time in center field this season, and deservedly so. After getting called up unexpectedly last year due to the Odubel Herrera suspension and the McCutchen injury, Haseley showed that he could hang with big-league pitching. Admittedly, general manager Matt Klentak said that Haseley “would have spent more time in the minor leagues in 2019,“ but he mostly handled things well, showing some plate discipline and outstanding outfield defense.

One key to Haseley – or any of these players for that matter – remaining in the everyday lineup will be health, something that the talented fourth outfielder Roman Quinn has not been able to maintain consistently in his career. If he could ever remain healthy over a lengthy stretch, Quinn would represent a speedy, dynamic option for Girardi to plug into the starting lineup every few days, steal a base as a pinch-runner, or to play late-inning defense.

Jay Bruce is back this season with the Phillies. The veteran lefty bat will provide power off the bench and will see some starts in left field and first base. If the Phillies are giving Bruce significant plate appearances this season, that likely means they will be in trouble with an injury or serious lack of production from an anticipated starter.

Finally, Andrew Knapp will return as the backup catcher to give Realmuto a rest here and there. Little should be expected from Knapp at the plate, but his handling of the pitching staff and clubhouse presence are positives.

However Girardi decides to write out his lineup card once the game returns, the Phillies should benefit from a deeper, longer, more consistent lineup that could also mix-and-match in a variety of ways. As with most teams, consistency and health from that lineup will be vital to the team having a successful season.

If everyone plays up to their proven potential, the Phillies could have oneof the deepest lineups in the National League and should be able to finally make a September playoff push.