False rumors of Bryce Harper to the Phillies, and how they began

Phillies Nation woke on Tuesday morning, January 29 to the exciting news spreading like wildfire across the internet that Bryce Harper had chosen a team to sign with as one of baseball’s biggest free agents in years.

But as the day dragged on and no formal announcement came and no press conference was announced, that excitement dissolved into an even deeper level of frustration.
It was lunch time when Jim Salisbury, the Phillies insider at NBC Sports Philadelphia, made an appearance on local sports radio station 97.5 FM ‘The Fanatic’ and stated “I’ve been hearing the same hysteria all morning as you have. I’m not feeling anything coming down today.”
Salisbury then expounded on his knowledge of the current situation involving the Phillies and both Harper and Manny Machado:

44 people are talking about this
That statement by someone believed to be intimately close to the organization had the effect of an army of firefighters shooting water and dropping vast amounts of fire-retardant foam to extinguish the early wildfire of rumors
So what happened? Just two days ago, things were so quiet of late on the Harper situation that I actually wrote a piece here at Phillies Nation on that silence having taking on such a deafening quality that it could mean we were near a resolution. What suddenly changed to set off such a rumble of gossip and hearsay?
The spark that lit the fire came not from the speculation of a baseball insider. Instead it came from a pair of unlikely sources: the gaming and gambling industries.
First, the video game “MLB The Show” sent out the following cryptic message from their Twitter account yesterday afternoon:
View image on Twitter 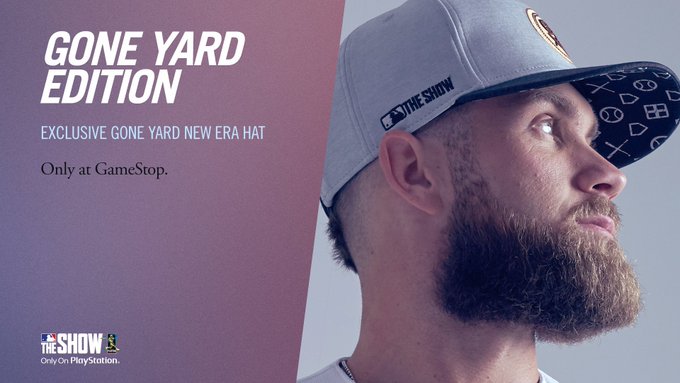 You’ll want to keep an eye on this account tomorrow… just saying.

1,538 people are talking about this
Twitter Ads info and privacy
It has been known for months that Harper would be on the cover of the new edition of the game. Many believed that the game would be released with Harper in the uniform of whatever team had signed him as a free agent. Yesterday’s announcement appeared to be a signal that some announcement on his decision would be forthcoming.
Approximately seven-and-a-half hours later the verified Twitter account for OddsShark, calling themselves the “most reliable source for online sports betting information“, published updated odds for MLB teams to win the World Series:

292 people are talking about this
As you can see, the Phillies have moved up into a tie with the Chicago Cubs and Saint Louis Cardinals as having the fifth-lowest odds to win the 2019 World Series. Since very few people feel that the current Phillies roster would rate that type of an evaluation, the thought was that  Las Vegas must know something.
Corey Seidman at NBC Sports Philly speculated this morning on the significance of the Vegas oddsmakers moving the Phillies aggressively upward, writing the following:
“OddsShark now has the Phillies at +1200 to win the World Series, tied with the Cubs and Cardinals for the fifth-shortest odds in baseball. Three weeks ago, OddsShark released its over-under win totals and the Phillies were at 83. The Cubs were at 89 and the Cardinals 88.5. This is a pretty sizable shift. Some are reading into it that one or more sportsbooks have an idea that Harper is signing with the Phillies…it makes sense for the books to limit their potential exposure and protect themselves with a +1200 figure rather than a much higher one that would drop if/when the Phillies add a superstar.”
By that point the “Harper to the Phillies on Tuesday” fires were raging. Everyone from reliable sites, including us here at Phillies Nation, to obviously satirical sources were jumping on the bandwagon and fanning the flames.
Most of these morning “reports” were of the humorous nature. Harper was being spotted at local Wawa outlets, famous eateries, and other area businesses. Some of the items included humorous memes, GIFs and obviously altered photographs. Even the Philadelphia Police Department got in on the act:
View image on Twitter 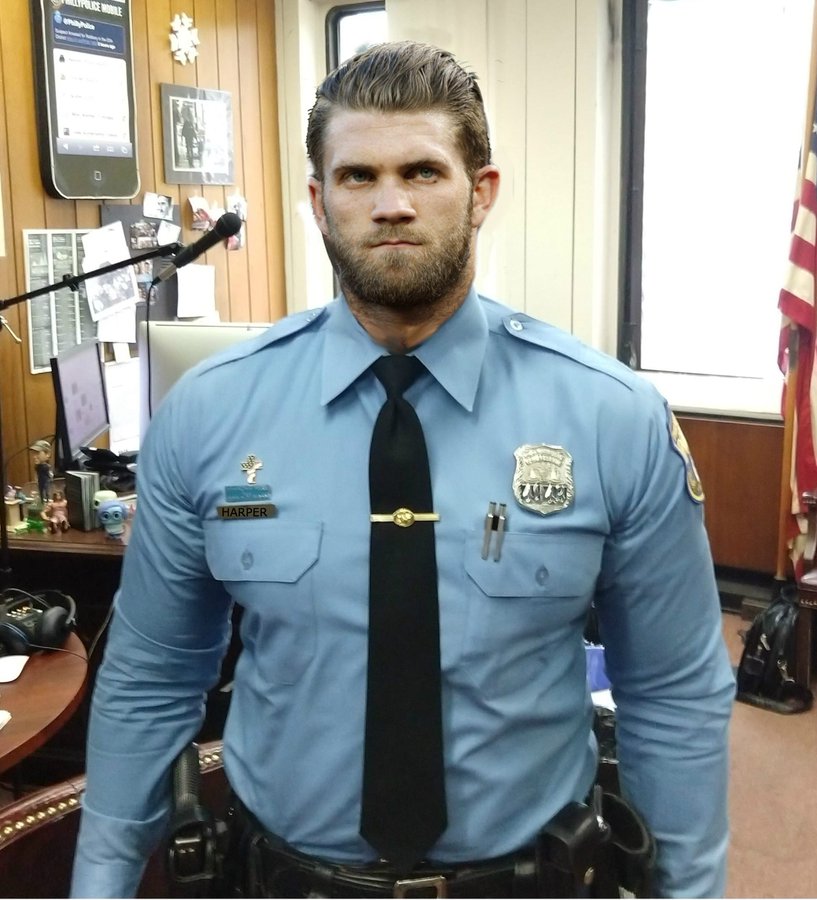 The rumors are true*: Bryce Harper* is coming to Philadelphia [police]*. It’s a multi-year deal worth $51,245 per year to start, with a city option to increase annually. Please refer all questions regarding Manny Machado to @PhillyFireDept . (*not actually true.)

769 people are talking about this
Twitter Ads info and privacy
When the “MLB The Show 19” video game was finally announced for pre-order this afternoon, the official website featured Bartolo Colon. The videos of Harper found at the site were those of his recent performances with the Washington Nationals. Turns out that the game promoters had simply trolled us all.
While it all made for a fun and exciting day across Phillies Nation, in the end we are left at the exact same place where we have been for months. Nowhere new. The Phillies are still interested in the young superstar and are believed to remain the favorites to land Harper.
Maybe an announcement will come tomorrow, or by the weekend, or next week, or during spring training. Maybe it will come, but the Phillies won’t be the choice. Who knows? What we do know is that the rumor mill got us all pretty good today.
The lesson we learned is that we are likely going to have to wait until we hear from one of those verified and trusted baseball insiders that an agreement has been reached on Harper and Machado. In the meantime, the frustration level of many Phillies fans has now only increased.