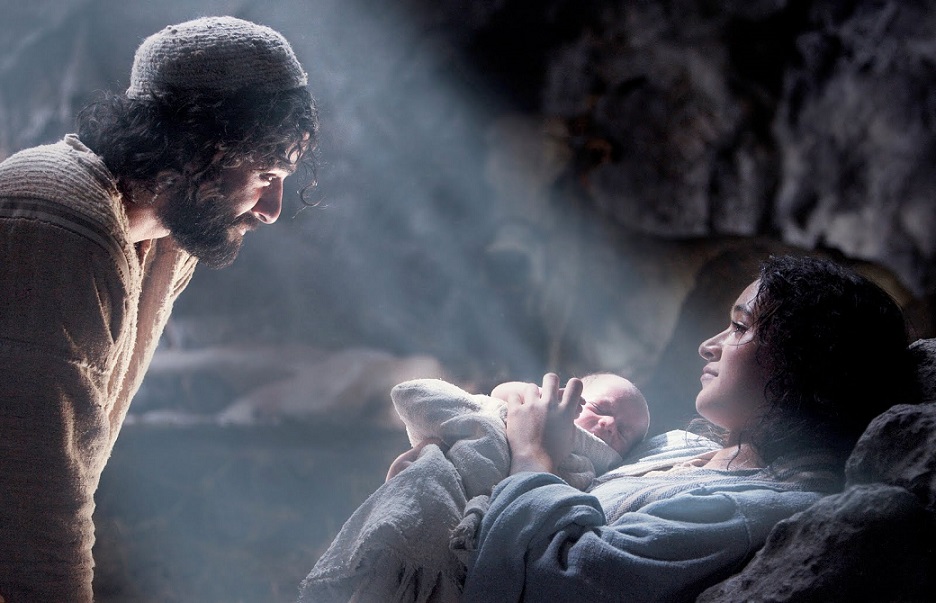 On December 1st, 2006, one of the most underrated Christmas movies of all-time was released, and if you have never had a chance or made the time to watch “The Nativity Story” you should make this the year. I’ve noticed that it is playing a few times in the coming days.

The movie features a starring performance by Keisha Castle-Hughes, the young Australian actress who was just 16 years old at the time of filming.

She delivers a commanding yet understated performance as Mary, the mother of Jesus, in a manner that anyone familiar with her story would find credible.

The strongest male acting performance is turned in by Irish actor Ciaran Hinds, familiar to many from his starring role as Caesar in the HBO epic series ‘Rome’. Hinds gives perhaps the finest performance of Herod to ever grace the silver screen.

Brought to life here by ‘Twilight’ director Catherine Hardwicke, ‘The Nativity Story’ is, as always, all about the story itself.

As one of the film’s taglines tells it, the story is about “a message foretold in the heavens…a prophecy that would threaten an empire…a miracle that would change the world.”

There is nothing overly dramatic about that tagline. It is the simple truth.

No matter what your view in your own life towards Christianity in particular or religion in general, there is no valid way to argue the fact that the life and death of Jesus Christ and the message that he delivered has changed and shaped the entire world over the ensuing two millenia.

This film and the whole of the Nativity story covers that period in the life of Mary and Joseph from the time of their engagement on through to the birth of their child.

The story is far from comfortable. Mary is a teenage girl from the small town of Nazareth who is forced into an unwanted engagement with a much older carpenter whom she barely knows.

During the time of their engagement and while still a virgin, Mary is visited by the angel Gabriel who tells her that God has chosen her to bear His Son. Mary is also told that her cousin Elizabeth, believed far too old to bear a child, is also pregnant. Both pregnancies end up coming to fruition.

Joseph becomes understandably angered by the fact that his young fiancee, with whom he knows he himself has not had relations, has turned up pregnant. Prepared to set her aside quietly, he is also visited by an angel who tells him of God’s special purpose in their lives. In staying together despite the scandal, both are ostracized by their community.

During this same time, King Herod, who had been appointed as the Rome-backed ruler of the small Jewish nation of Judea, was fearing the realization of an ancient Jewish prophecy. This prophecy revealed that a ruler would emerge from the lineage of the ancient King David.

Herod decides to command a census of all people in which they must return to their ancestral homes in the hopes that he could sort out the identity of this future challenger to his rule.

Joseph was from the town of Bethlehem, known as the City of David, and so was forced to return there for the census. He took Mary along with him, and during the trip she began to appreciate him for his good nature and their affection for one another grew.

On arrival at Bethlehem they can find nowhere to stay thanks to the increased population due to the census, and they are forced to stay in what amounts to a cave-like stable.

While Herod is fretting and Mary goes into contractions, three ‘Magi’, or wise kings, arrive from Persia at Herod’s court in Jerusalem. They have been studying the prophecy and also believe that the time is at hand for the birth of this special king. Learning from them that the king is a child to be born and not a grown man, Herod orders the murder of all babies in Bethlehem.

As we all well know, Herod’s plan is unsuccessful. Mary gives birth in the stable, laying her boy child in a manger and naming him Jesus. Shepherds tending their flocks nearby have been told of the miraculous birth by an angel, and they show up to greet the newborn. They are quickly followed by the Magi, who come bearing gifts for the young king and the family.

Just as Herod’s troops arrive and begin their unimaginable slaughter, Joseph is again visited in a dream by an angel who warns him of the pending attack. Joseph rouses Mary from sleep, they gather the infant Son of God, and make their way out of Bethlehem just ahead of the wave of death falling across the city.

This is the story of the birth of the baby Jesus, who would grow to become the Christ, the saviour of mankind, a great king as foretold in the prophecies. A king not of this world, but of a higher kingdom ruling over all mankind based on God’s laws and His own teachings of love and peace.

It is the story of Mary and Joseph saying “Yes” to God’s calling, and overcoming numerous obstacles placed in front of them by family, community, and royalty to bring Jesus into the world. It is simple and yet commanding and compelling.

It is ‘The Nativity Story’, the beginning chapter in the greatest story ever told in the entire history of humanity. It is a film suitable for  the whole family, and one that everyone would enjoy, whether for its value in faith, or its value to history.