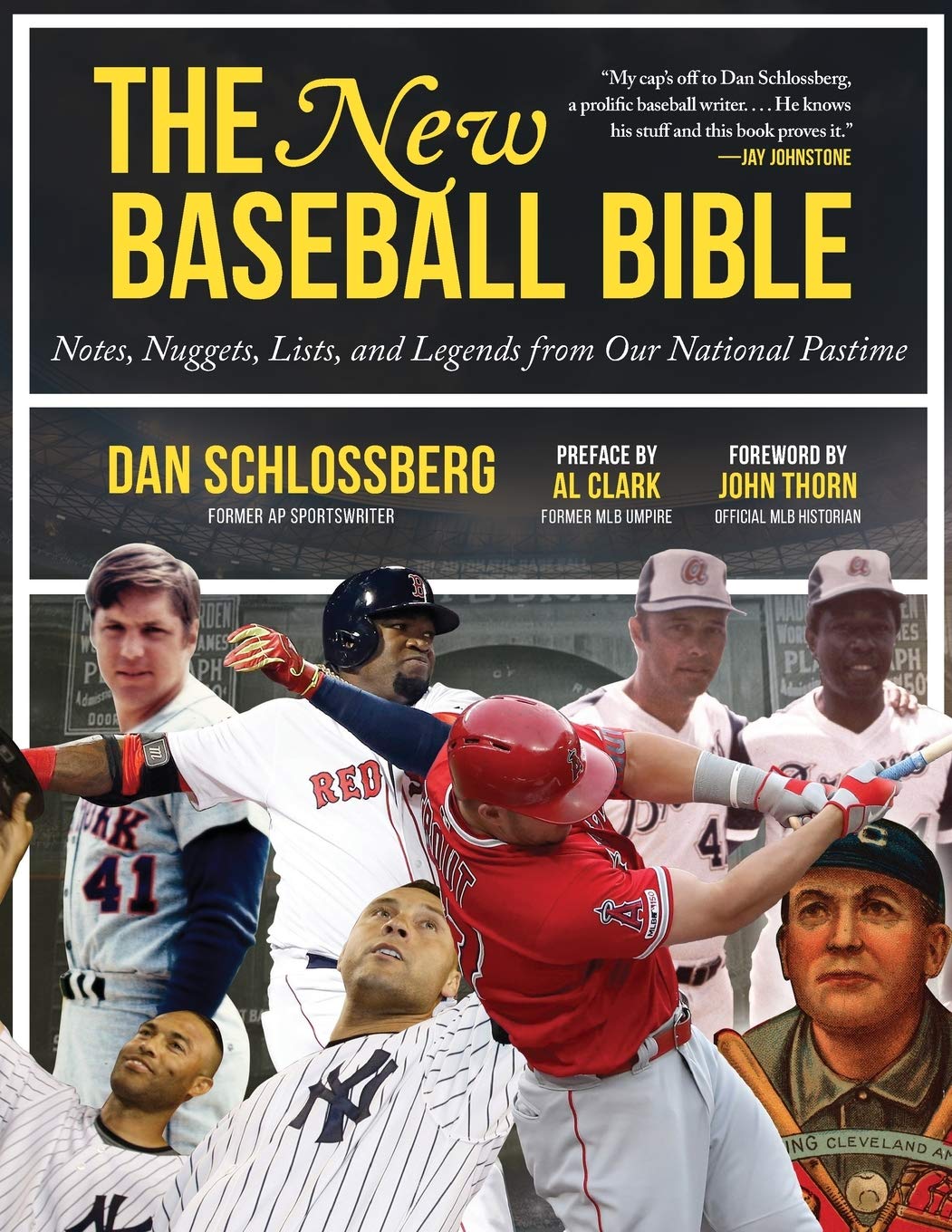 Over the years the book was updated to include newly uncovered historical as well as more contemporary items, turning into “The Baseball Bible” and packing in more and more stats and stories.

Now in 2020, Dan has fully updated the book, releasing it as “The New Baseball Bible: Notes, Nuggets, Lists, and Legends from Our National Pastime” with even more information and anecdotes included. If you have never owned an edition in the past, or if yours is older, it’s time to pull out your credit card and get to ordering.

Schlossberg begins at the beginning, with stories and stats from baseball’s founding era. He then devotes ensuing chapters to how the game has been played over the decades, the development of rules, equipment, ballparks, and officiating.

All that is before he really starts digging into the numerous personalities that have flavored the game. Players and managers, umpires and executives, even the media.

Chapter 19 is particularly interesting and informative, covering leagues and players largely unfamiliar to many fans of the game. Here he examines the early National Association and Federal League, barnstorming teams of the early 20th century, moving on to the Negro Leagues, the Mexican League, South American/Pan-American leagues, and baseball in Japan.

John Thorn, Major League Baseball’s official historian, describes this book in his Foreword as “…a great big bag of peanuts – reach in anywhere and you’ll come up with something good. And there are crackerjack nuggets too, for even the most knowledgeable fan – things you didn’t know before or had never grasped in quite the same way as Dan presents them.“

Did you know that in 1982, Major League Baseball saw the first player in history to appear for different teams in different cities on the same day? Or that in 2001 when a pitcher started the nightcap of a doubleheader, a member of his family was part of the umpiring crew, another baseball first? You’ll learn the details of these moments and so many more here in Schlossberg’s book.

I’m sure the vast majority of you have never heard that New York Giants manager John McGraw once fined one of his pitchers $100 for reporting to spring camp with an injured wrist and sprained ankle. Here you will learn not only that fact and how the injuries were suffered, but also how the player doubled his fine money back thanks to a local business.

This oversized soft cover makes the perfect coffee table book. Better yet, it makes the perfect bathroom book. Rather than a story to be read from start to finish, you can skip around as you like and as a particular chapter strikes your fancy. Pop in a bookmarker and pick up where you were, or just go for a completely different chapter next time around.

While I normally end up recommending that fans of a particular team or general baseball fans pick up a book that I have reviewed, this one is a rarity. I’ll go so far as to say that Schlossberg’s “New Baseball Bible” (Amazon ordering link) is a must-have for any true baseball fan. Get one for yourself, and then order another while you are at it. The book will make the perfect gift for any baseball-loving family member, friend, or co-worker as the holidays arrive.

One thought on “The ‘New’ Baseball Bible”