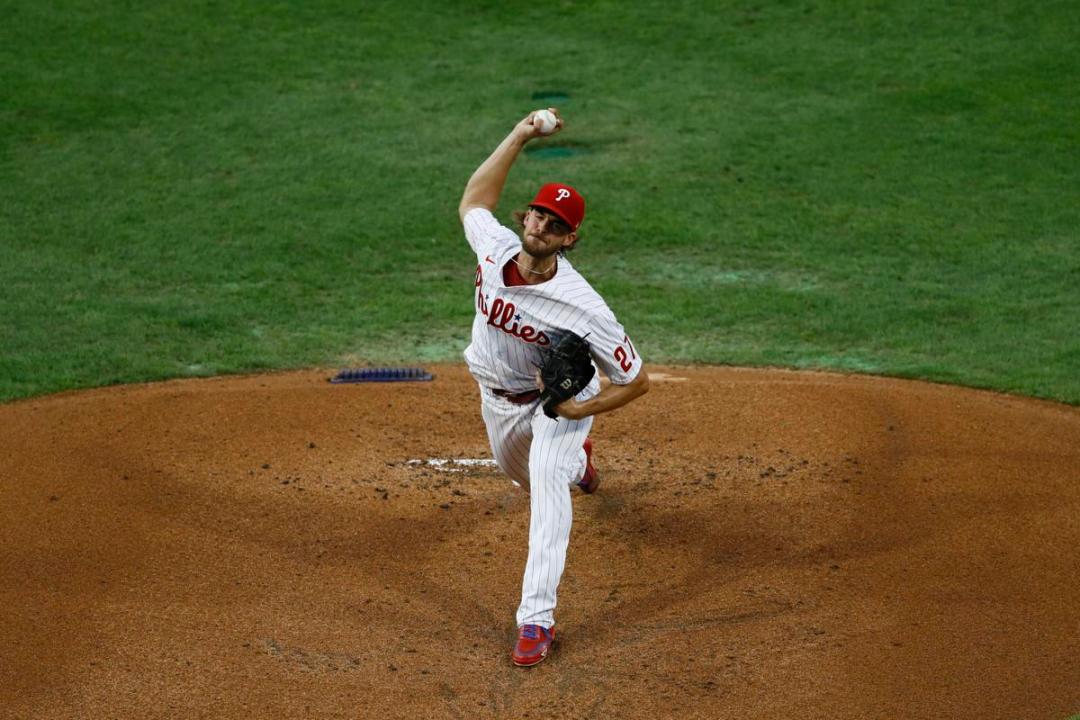 Girardi pulls Nola early? Get used to it

Aaron Nola pitched absolutely out of his mind last night against the New York Yankees, allowing one run, and striking out 12 (the 13th time he’s hit double-digit strikeouts in his career) over six innings during the second game of a doubleheader split.

Nola’s curveball was absolutely mind-blowing. The Phillies ace looked amazing on the mound right up until the end. He had Yankee batters swinging at balls that were so far on the outside and in the dirt that it was embarrassing.

So, why would you pull a pitcher who is having such a great game? We only get 60 games so, treat each one like a playoff, right?! Manager Joe Girardi was asked that question, and this was his response:

Girardi provided a solid summary there of what his mentality is in pulling his starting pitchers, even if they’re having a good game. To break that down a bit, here’s the important takeaway.

All sports are getting faster, and harder on the body. The physical demands day in and day out are unfathomable to armchair quarterbacks who are quick to criticize a manager or front office.

It’s not only concussions in football that are making us aware that not only are these players humans, but they too would like to be able to get out of bed comfortably after aging into their 40’s once their career is over. There’s a reason why all your retired athletes are doing commercials for Icy Hot, Aleve, Advil, Tylenol, and frequently appear on late-night infomercials for miracle arthritis creams, gels, pads, and programs to stop pain. It’s because they’re in a ton of that pain.

Yes, they make millions of dollars to compete. But Girardi’s main point of protecting a player from themselves, and taking that job very seriously, should resonate very deeply within you as a fan who is also a human being.

It wasn’t that long ago when a star quarterback in the dead-center of his prime years walked away from hundreds of millions of dollars, and a game he used to love, because a GM didn’t protect him from himself. Or provide him with an offensive line. But that’s a whole other article for the state of Indiana.

Let’s not Andrew Luck our Aaron Nola’s, J.T. Realmuto’s, Zack Wheeler‘s, and Bryce Harper’s. Cut them a little slack. They shouldn’t be expected to destroy their bodies for our entertainment, no matter the financial compensation.