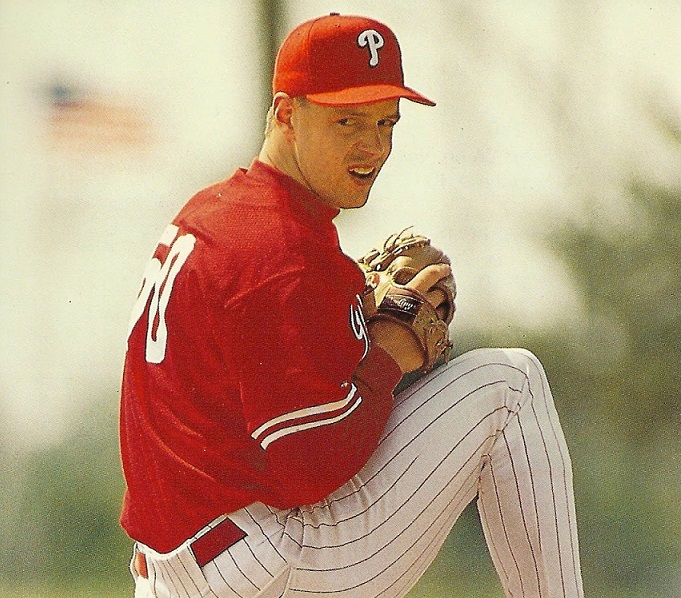 In 1994, the Major League Baseball season was cut short and the World Series cancelled for the first time in history. It all came about because of a player strike which began on August 12 and would last until the following April, a total of 232 days.

The Philadelphia Phillies were coming off one of the most exciting, surprising seasons in franchise history. The prior year those 1993 Phillies had gone worst-to-first and nearly wire-to-wire to win the NL East crown, capture the fifth National League pennant in club history, and nearly push the defending champion Toronto Blue Jays to the limit before losing in the World Series.

But in 1994 that magic did not return. The Phillies were 54-61 at the time of the strike, sitting in fourth place in the NL East Division standings. They were 20 1/2 games behind the first-place Montreal Expos, 14 1/2 behind the Atlanta Braves for the NL Wildcard. Bottom line, with about eight weeks left their season was already over.

From early May through mid-July, 25-year-old rookie left-hander Andy Carter stepped into the picture for his Major League Baseball debut.

Carter was born in Philadelphia, played his high school ball in the suburbs at Springfield High School, and was chosen by the Phillies with their 37th round selection in the 1987 MLB Draft out of the University of Delaware.

Rising incrementally through the club’s farm system, Carter didn’t enjoy a particularly successful minor league career over seven-plus seasons. But as with many such pitchers, the fact that he was a southpaw and remained largely healthy kept him with the organization.

His big chance finally came in early May of that 1994 season. The Phillies pitching staff was a mess, decimated that year by injuries. On May 3, 1994 manager Jim Fregosi would give Carter his first big-league shot, calling on the lefty in relief during a game against the San Diego Padres at Veterans Stadium.

With the Phillies trailing by 6-3, Carter came on to begin the top of the 7th inning and promptly hit the first batter he faced, Brad Ausmus. After getting the next batter to pop-up back to him, Carter proceeded to hit another batter, Luis Lopez.

That was enough for Fregosi. Three batters and eight pitchers. Two runners reaching base after being drilled. With the great Tony Gwynn coming to the plate, the skipper made the move to bring in veteran David West from the bullpen. West would retire Gwynn, but then threw a pair of passed balls which allowed a run to score. That run was charged to Carter.

Carter would be used regularly by Fregosi out of the bullpen during the month of May, making 11 appearances. But that would decrease to just four in June and five in July before he was finally returned to the minors.

When baseball returned in 1995, Carter got another shot with the Phillies. But over four appearances he performed worse than the year before with a 6.14 ERA over 7.1 innings.

Following the 1995 season Carter became a free agent and signed with the San Francisco Giants. He performed poorly with their Triple-A Phoenix affiliate in 1996, his final season in organized ball. Carter pitched independent ball with Allentown in 1997 and tried his hand in the Chinese pro league in 1998 before finally hanging up his spikes.