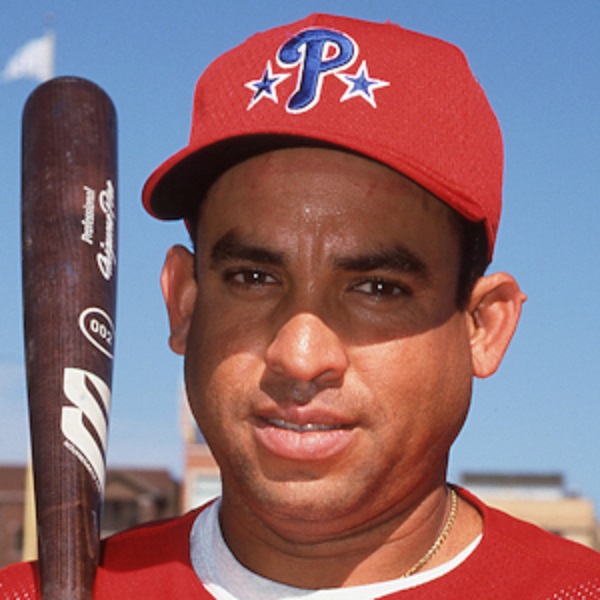 Some might say that it’s wrong to pick on a guy on his birthday. But those folks would have it wrong in regards to this ‘Phillies 50’ series, which is not meant to be about negativity in any way.

The series does indeed highlight players who had minimal impact, both on the particular Phillies team they are representing and in their MLB playing career. However, the actual intent is to remember them.

These are the players who appeared with the team during the half-century that I’ve followed the ball club, beginning with the 1971 season. We all remember the stars and the popular guys. This is a chance to remember all of those achieved the goal of every baseball player – reaching the big-leagues. 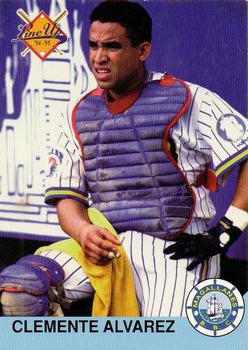 Alvarez was born in Guanta, Venezuela and first signed with the Chicago White Sox as an 18-year-old international amateur free agent in December 1986. For eight long years he toiled in the Chisox minor league system, rising to Triple-A Nashville for part of the 1993 and all of the 1994 season. But he never received a big-league shot.

Reaching free agency, Alvarez signed with the Montreal Expos in March 1995 while the game was still trying to emerge from the player’s strike. After spending that season at Triple-A Ottawa in the Expos system he again became a free agent.

Alvarez would not sign with another organization until deciding to give it another shot for 1997, signing to return to the White Sox. He spent that year mostly with Double-A Birmingham and then again became a free agent once more. This is where the Phillies come into the picture.

In the middle of spring training in 1999 the Phillies signed Alvarez. He would spend most of the next two seasons split among three levels of the farm system, playing in 14 games with Triple-A Scranton-Wilkes Barre, 57 with Double-A Reading, and a dozen with High-A Clearwater.

In the middle of September with rosters expanded, Alvarez finally received the call that he had waited for over a decade when the Phillies brought him up for catching depth.

On Tuesday night September 19, 2000 in front of just over 11,000 fans at Veterans Stadium, the Phillies were trailing the visiting Pittsburgh Pirates by a 10-4 score as the game moved to the bottom of the 7th inning.

The Phillies were 26 games below the .500 mark, and the Bucs were 25 games under. Neither team was going anywhere. So, manager Terry Francona looked down his bench, saw Alvarez, and decided this was a chance to give the man the opportunity for which he had worked so hard for so long.

Alvarez was sent to pinch-hit leading off that bottom of the 7th for starting catcher Gary Bennett. It would be a fairly uneventful at-bat. After taking a strike from Pittsburgh reliever Marc Wilkins, Alvarez sent a fly ball to center field that was easily tracked down by Adrian Brown.

He would be left in to catch the final two innings, and in the bottom of the 9th would get another turn at bat. The Phillies tried to rally, cutting the Pirates lead to 12-8 and putting the tying run on deck before running out of outs.

Alvarez had made the first out of that 9th inning. With Pat Burrell at second and Travis Lee on first he lined out to third baseman John Wehner. He would get just one more shot with the club, but it was another memorable opportunity.

On Sunday, October 1, 2000 at Pro Player Stadium in Miami, Francona wrote Alvarez’ name into the starting lineup for the Phillies final game of the season against the host Florida Marlins.

Alvarez would catch the first six innings that afternoon before being pinch-hit for by Bennett in the top of the 7th inning. He caught starter Amaury Telemaco, who was beaten up by the Marlins over 4.2 innings, and then rookie reliever Jason Boyd, who yielded nothing over 1.1 innings.

In the top of the 6th with the Phillies trailing 7-3 he led off with a single against reliever Ricky Bones, rolled around to third on a double by Alex Arias, and scored on an RBI single by 21-year-old rookie shortstop Jimmy Rollins.

And that was it. Two games. Five plate appearances. One hit. One run scored. One strikeout. A final .200/.200/.200 career big-league slash line. Alvarez chose to retire having achieved his dream of playing in Major League Baseball.

From 1986-2004, Alvarez played winter ball back home with Navegantes del Magallanes club of the Venezuelan Professional Baseball League. After his MLB retirement he spent time as a coach with both Magallanes and the Tigres de Aragua, the latter firing him as manager back in December 2019.