The Philadelphia Phillies (14-12) road a dynamic performance from starting pitcher Jerad Eickhoff and a trio of home runs to a 4-0 victory over the National League East Division rival Miami Marlins (8-18) at a soggy, windy Citizens Bank Park on Friday night.

With the win, the two teams have split the first two games of a four-game weekend series in South Philly. The Phillies bats only recorded six hits on the night against Marlins pitching. But three of the hits left the yard and Eickhoff and the bullpen ensured it would be enough.
J.T. Realmuto put the Phillies on the board first with a one-out home run to right-center field off Marlins starter Jose Urena in the bottom of the 1st inning.
In the bottom of the 4th, Maikel Franco drove an offering from Urena out to the opposite field for a 2-0 lead. The blasts were the fourth on the season for Realmuto and the seventh for Franco. 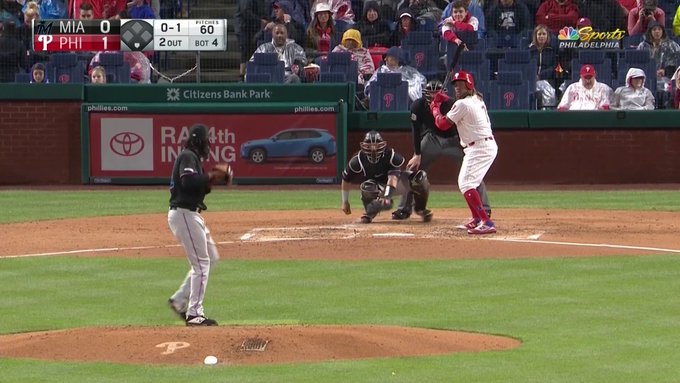 30 people are talking about this
Twitter Ads info and privacy
Then in the home 8th, Realmuto drew a one-out walk. Bryce Harper then stepped up and absolutely crushed a two-strike, 88 mph slider from Marlins reliever Tyler Kinley into the right field upper deck for his 6th home run on the season. The two-run blast extended the Phillies lead out to the final 4-0 margin. 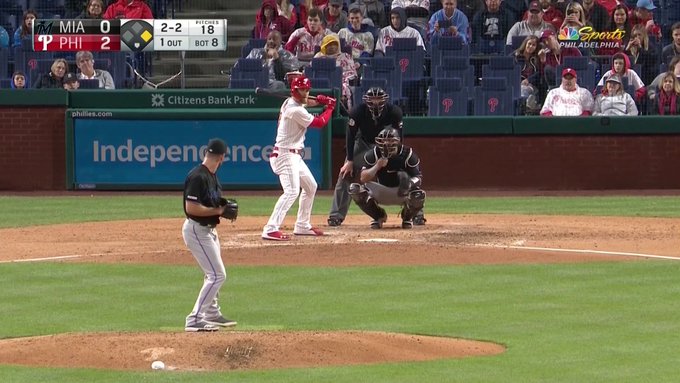 265 people are talking about this
Twitter Ads info and privacy
Following Eickhoff to the mound in succession were Edubray Ramos, Adam Morgan and Pat Neshek. They each took turns keeping Miami off the scoreboard and the Phillies had put a necessary victory into the win column. 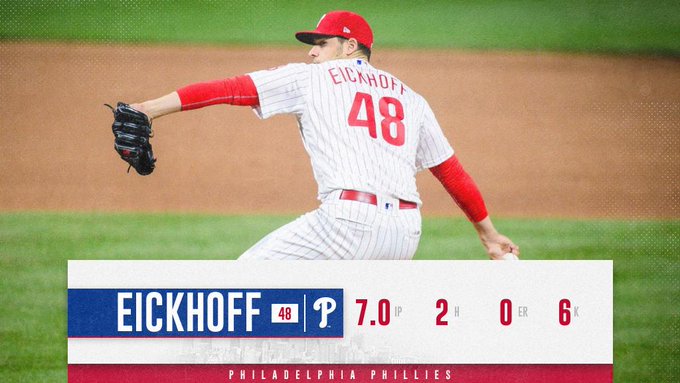 The Phillies starter had his best curve ball tonight. Mixed in a low-90’s fastball just enough to keep the Miami batters off-balance. Had a no-hitter through four innings, broken up by former Phillies catcher Jorge Alfaro leading off the top of the 5th with a clean single to left.

Originally published at Phillies Nation as “The Phillies went to Jerad; Eickhoff for the win“