In what has been a long off-season pursuit of free agent outfielder Bryce Harper by the Philadelphia Phillies, what went on Saturday just might have made for the wildest day yet.

It all began on Friday when principal owner John Middleton’s private plane, the one with the big red Phillies ‘P’ painted on its tail, was spotted on the ground in Las Vegas, Nevada, hometown of the young superstar. Matt Breen of Philly.com stoked the fire in the fan base by reminding them that a year ago, Middleton flew in newly-signed free agent pitcher Jake Arrieta. 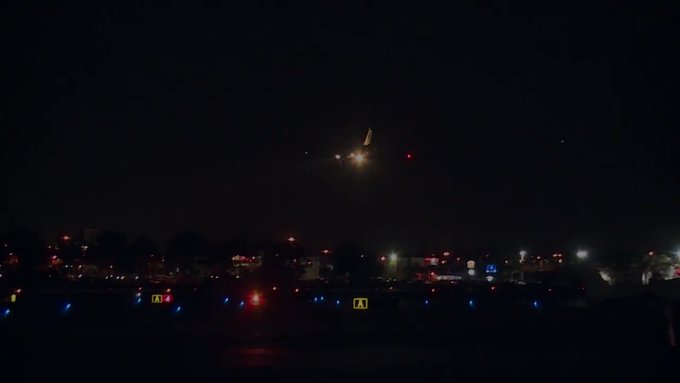 The last time John Middleton sent his private jet to get a free agent, he didn’t come home empty handed.

442 people are talking about this
Twitter Ads info and privacy
Those initial reports set off a wave of attempts to verify that Middleton’s plane was indeed at McCarran International Airport. They were finally verified by the reliable Jim Salisbury of NBC Sports Philadelphia at 8:43pm.

A source in Las Vegas tells me that Phillies owner John Middleton’s plane is on the ground in that city. Vegas is Bryce Harper’s home town. No other details, but talks clearly ongoing.

2,271 people are talking about this
This set off a wild explosion of mostly jubilant speculative frenzy among the Phillies fan base all across social media. What other reason could there be for Middleton to be in Vegas than to finally get the 26-year-old’s signature on a contract?
About an hour later, Salisbury stated that his information was that there was only a scheduled meeting. With no contract expected, the Phillies insider was headed to bed. Phillies Nation began to bang their collective heads against their computer screens and smash their cellphones Ari Gold-style against the nearest wall.
Reports were also coming out that neither club president Andy MacPhail nor general manager Matt Klentak had accompanied Middleton to Sin City.
Todd Zolecki of MLB.com speculated that perhaps the solo meeting was in order to see if Harper could have the same type of close relationship with Middleton that he has enjoyed previously with Nationals owner Mark Lerner. “Perhaps Harper and his wife (Kayla) want to see if they can have a similar relationship with Phillies ownership, too.”
A number of fans asked me what I made of Middleton going it alone. Many of them felt that it was perhaps some type of indictment on Klentak and his inability to get the deal done. A couple felt that perhaps Klentak or MacPhail, or both, were unwilling to get a deal done.
My response was that this is likely to be the largest contract ever signed between a team and a player in American professional sports history. This was always going to take ownership coming in as the closer.
At around 9:30pm, Bob Nightengale of USA Today tossed another log onto the raging Phillies fan base fires when he stated that Middleton wasn’t going to leave without a deal getting done.

The #Phillies are in deep and serious negotiations with Bryce Harper. Owner John Middleton doesn’t want to leave Las Vegas without a deal.

1,726 people are talking about this
About an hour later, Nightengale followed up with an extremely provocative message that said “optimism now is that 10-year deal with Bryce Harper is finalized by Monday afternoon.”
At the same time, the increasingly unreliable Jon Heyman was stating that the Phillies were not the only club in Las Vegas to meet with Harper, and that multiple other teams were still involved.
It also was reported that Middleton’s plane had left Las Vegas and was headed back towards Florida. This began one of the wildest flight-tracking nights in Phillies history. Was Middleton on the plane? Was Harper on the plane with him? Once I tracked down the proper site, I joined in the flight-tracking frenzy, updating fans a couple of times.
View image on Twitter

@MatthewVeasey
For those still interested, appears that Middleton’s plane preparing to land. Still no clue who, if anyone, is aboard other than flight crew.

‘s other Tweets
Twitter Ads info and privacy
Turns out Breen had the information as to exactly who was on the plane, and an explanation for the return flight: “His departure from Vegas on Saturday evening, a source said, was not an indication that talks had snagged. Middleton had to be back in Palm Beach for a scheduled event.”
Breen directly refuted the Heyman information, stating unequivocally that “The Phillies were the only team to meet with Harper this weekend.”
Zolecki notes that this is the third meeting between the two sides in the last couple of months.
“Middleton’s solo meetings with Harper and Boras the past two days in Las Vegas are at least the third face-to-face meetings between the two parties. Everybody met together for the first time last month in Las Vegas…A smaller group met with Boras early last week in Florida.”
And that is where we now stand. A sudden, mystery Friday flight to Vegas. An even more mysterious Saturday night flight to the east coast of Florida. The owner meeting with the player, his wife, and super-agent Scott Boras.
Look for Middleton to return to Las Vegas either later today or on Monday to get this thing finalized. Maybe he has MacPhail and Klentak with him on that trip. But expect it to happen. If things continue progressing forward as they seem, we could see Harper in Clearwater wearing a Phillies uniform by later in the coming week.
Originally published at Phillies Nation as “Mystery flight sparks Phillies fan frenzy as the Bryce Harper saga rolls on“