Utley ends his big-league career after 16 seasons, 13 with the Phillies

Time and tide wait for no man. That goes for all of us, including our most beloved sports heroes. On Tuesday, December 18, Chase Utley turned 40 years old.

Utley is arguably the most popular Phillies player of the last quarter-century. You would have to go back to the scruffy National League champions of 1993 to find any Phillies player who was and continues to be as warmly embraced by the often difficult to please Philadelphia sports fan base.
Chase is not only popular among the fans, but also among his former teammates. To celebrate the milestone birthday he was joined for a Mexican vacation by Ryan Howard, Pat Burrell, Cole Hamels, Brad Lidge and a number of other friends and family members. 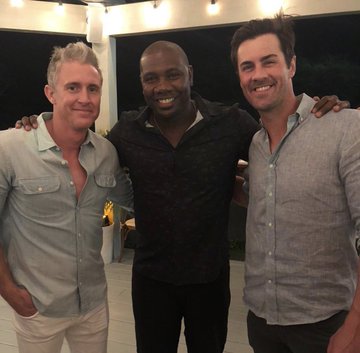 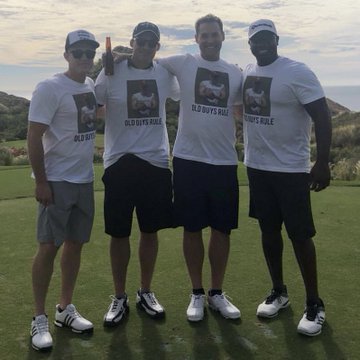 Always great hanging with these guys. Love em. Happy B Day to the #Silverfox

963 people are talking about this
Twitter Ads info and privacy
Utley has announced that the 2018 season would be his last. He finishes up a memorable 16-year career, with the most significant and memorable spent in a Phillies uniform.
After spending parts of his first 13 seasons with the club, Utley ranks high on a number of all-time Phillies statistical lists: Hits – 1,623 (9), Home Runs – 233 (6), RBI – 916 (7), Runs – 949 (6), Doubles – 346 (5).
Utley was also a 6x National League All-Star as well as a 4x NL Silver Slugger Award winner at second base. He received National League Most Valuable Player award votes in five different seasons. During his 2005-09 peak, Utley was the best all-around second baseman in baseball.
His wife, Jen, posted the following message to her hubbie via Instagram:

Far and away the greatest second baseman in the history of the 136-year-old franchise, Utley is sure to find his place on the Phillies Wall of Fame at some point over the next few years. He will also make for an interesting Baseball Hall of Fame case when he first becomes eligible in 2024.