Major League Baseball announced the finalists for its 2018 major awards today, and Philadelphia Phillies pitcher Aaron Nola was named as one of the three finalists for the National League Cy Young Award. 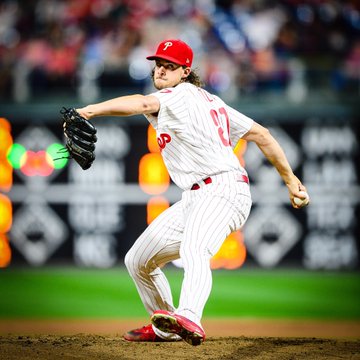 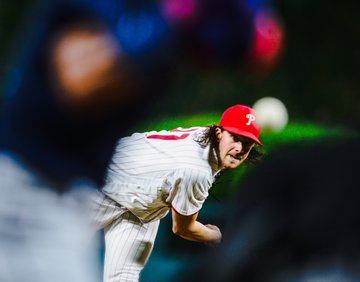 This was easily the Phillies finest performance from a starting pitcher since Cliff Lee put together his last great season in 2013. In fact, Vince Velasquez in 2015 and Jeremy Hellickson in both 2016 and 2017 are the only Phillies starting pitchers besides Nola to finish with a winning season since that time.

After the Phillies had defeated the Nationals back on August 23 with Nola out-dueling Scherzer by tossing eight shutout frames, manager Gabe Kapler threw his support behind his own hurler for the honors. Matt Breen at Philly.com quoted the skipper following that game:

“Nola in my opinion is the Cy Young this year. Of course, Nola is our guy. But I watch him every time out there and just the dependability, the consistency, the creativity, the numbers. The numbers speak for themselves.”

An examination of some of those key “numbers” at the end of the season, stats that the voters will surely use to make their final selection, you can see that Nola may not be favored or expected to actually win the award.

However, that the Phillies now have such a young, legitimate ace to front their staff is encouraging. It will now be management’s job to bring in or develop another big arm or two in order to further enhance the team’s ability to rise to contending status.
Four pitchers have won the NL Cy Young Award while wearing a Phillies uniform. Right-handers John Denny (1983), Steve Bedrosian (1987), and Roy Halladay (2010) all took home the honors. Lefty Steve Carlton (1972, 1977, 1980, 1982) won the award four times during his Hall of Fame career.
The winners of the 2018 Cy Young awards in both the National and American Leagues will be announced on November 14 at 6:00PM EST.