Back in 2009 the IBWAA (Internet Baseball Writers Association of America) was originally, and perhaps fittingly, founded on Independence Day “to organize and promote the growing online baseball media, and to serve as a digital alternative to the Baseball Writers Association of America (BBWAA)” per the organization home site.
At the end of each regular season, each member in good standing receives an awards ballot and is tasked with voting for a top 10 for Most Valuable Player of the National and American Leagues.
We are also tasked with voting in each league for a top five in the Cy Young Award, as well as a top three in each of three further categories: top manager, top reliever, and Rookie of the Year.
This will be the fourth year that I’ve had a vote in the IBWAA annual awards balloting. As with each of the last three years, I’m now publicly releasing my ballot. As always, I’m sure that you would choose differently. I would love to hear your choices for each of the awards. Please feel free to leave a comment below this piece with your own selections.
The IBWAA is scheduled to begin announcing the winners of its awards in mid-November. Our editorial director here at Phillies Nation, Tim Kelly, released his own ballot just yesterday which included some of the reasoning behind his selections.
I’m not going to defend my choices, just simply presenting my ballot for your edification. However, I will let you in on this: I don’t vote for pitchers for Most Valuable Player. I’ve heard, appreciate, and respect all arguments to the contrary. I respectfully disagree with them all.
For me, a player who takes the field every single day to hit and field his position is always going to be more valuable than one who plays every five days. Also, there is a stand-alone award for the best pitcher that is not available to position players.
Also, my MVP votes are always going to be prejudiced towards players whose teams actually win something. Win your division, or at the very least capture a Wildcard playoff berth.
I don’t care if you hit 70 home runs for a last place team. They could have finished in last without your contribution. This is Most “Valuable”, not Most “Outstanding” Player. MLB gives out the Hank Aaron Award to the top hitter in each league. The MVP needs something more to win it on my ballot, and one thing they need is to have helped their team win.
So now it’s time to reveal my own ballot. I’ll first show my top choice to actually win the award, and then the entire ballot for each category. 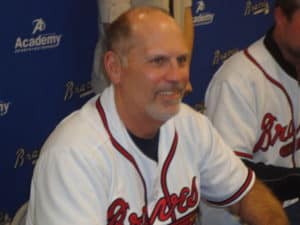 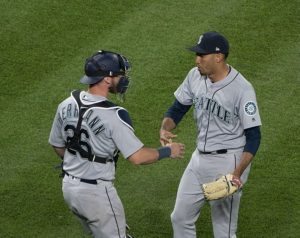 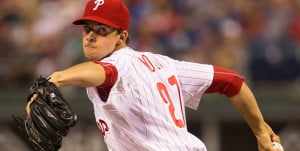 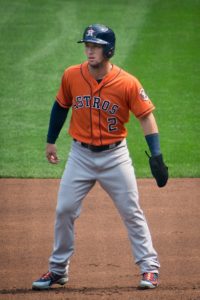