He wasn’t selected to play in the actual MLB All-Star Game this year. But as one of baseball’s most exciting young sluggers, Phillies left fielder Rhys Hoskins was invited to participate in the Home Run Derby the day prior to that game at Nationals Park.
Hoskins put on a strong showing, beating top-seeded Jesus Aguilar in his opening round match-up by a 17-12 margin. In the semi-finals, Hoskins was even more impressive, blasting 20 homers. However, he was knocked out when Cubs slugger Kyle Schwarber got hot at the end and put up 21 of his own.
There were some who worried that Hoskins might have problems with his swing following that performance. Those concerns seemed to be completely alleviated when the 25-year-old ripped eight home runs in his first 13 games following the break. His slash line of .346/.452/.923 over 62 plate appearances during that span seemed to portend a big second half.
It hasn’t worked out that way. Not only has Hoskins cooled off since the calendar turned to August, he has virtually disappeared. Over his last eight games, Hoskins is slashing .037/.212/.037 and has not homered or driven in a run.
The Phillies dropped four of six games at Arizona and San Diego last week. Hoskins went 1-21 during the losing trip that saw the club lose their month-long grip on first place in the NL East race.
Since the team scored just 15 total runs over those half-dozen games, the blame for losing can’t rest solely on Hoskins’ shoulders. But the fact remains that the young star is the most dynamic offensive player in the current lineup. They need him to produce in order to win consistently.
Hoskins got engaged on the beach right in the middle of the trip, prior to the first game in San Diego. You don’t do something like that on the spur of the moment. There had to be some planning involved on his part. Could the anticipation of such an extremely significant personal moment have been distracting in any way? 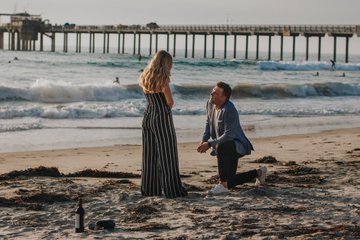 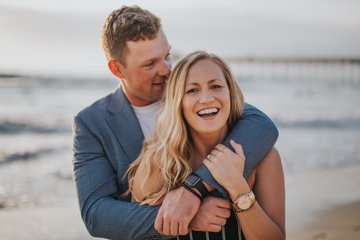 Twitter Ads info and privacy
With 45 games remaining in the 2018 regular season, Hoskins is on pace for roughly 31 homers and 101 RBI. Especially considering that he missed nearly two weeks earlier this season, and factoring in the poor offensive performances surrounding him in the lineup, that’s a pretty strong sophomore campaign for the player who finished fourth in last year’s NL Rookie of the Year voting.
But Hoskins numbers are mostly down across the board from a year ago. Last season he slashed .259/.396/.618, and in 2018 he has produced a .253/.365/.492 slash to this point. His OPS is down from 1.014 a year ago to its current .858 mark. Hoskins produced 2.0 WAR a year ago and has 0.8 WAR in the 2018 campaign.
To be fair, Hoskins ambushed opposing NL pitchers, coaching staffs, and advance scouts in 2017 when he wasn’t promoted until the second week in August. Clearly those pitchers, coaches, and scouts are adjusting.
It’s now Hoskins turn to adjust back. His big right-handed bat is entirely capable of carrying this team over the final seven weeks. If the Phillies are actually going to reach the postseason, he is going to have to figure it out.
Manager Gabe Kapler stated that Hoskins is feeling “very comfortable and confident at the plate” per Philly.com’s Scott Lauber. That may be so, or it just may be more of the rookie manager once again protecting his young players. Either way, they have to translate comfort and confidence into results at some point.
The next seven games will come at Citizens Bank Park, where the summer air and friendly confines might normally be expected to provide exactly the cure for what ails him. But the Red Sox and Mets at home, and then the Nationals in Washington the following week, are scheduled to throw some talented starting pitchers at the Phillies.
The Phillies are a poor offensive team to begin with as currently constructed. With their best hitter slumping badly, the offensive desert that has become their 2018 season is even drier than usual.
If Hoskins can heat back up, the entire offense is likely to pick up. The Phillies desperately need him to re-engage offensively sooner rather than later.
Originally published at Phillies Nation as “Phillies desperately need Rhys Hoskins to re-engage offensively“