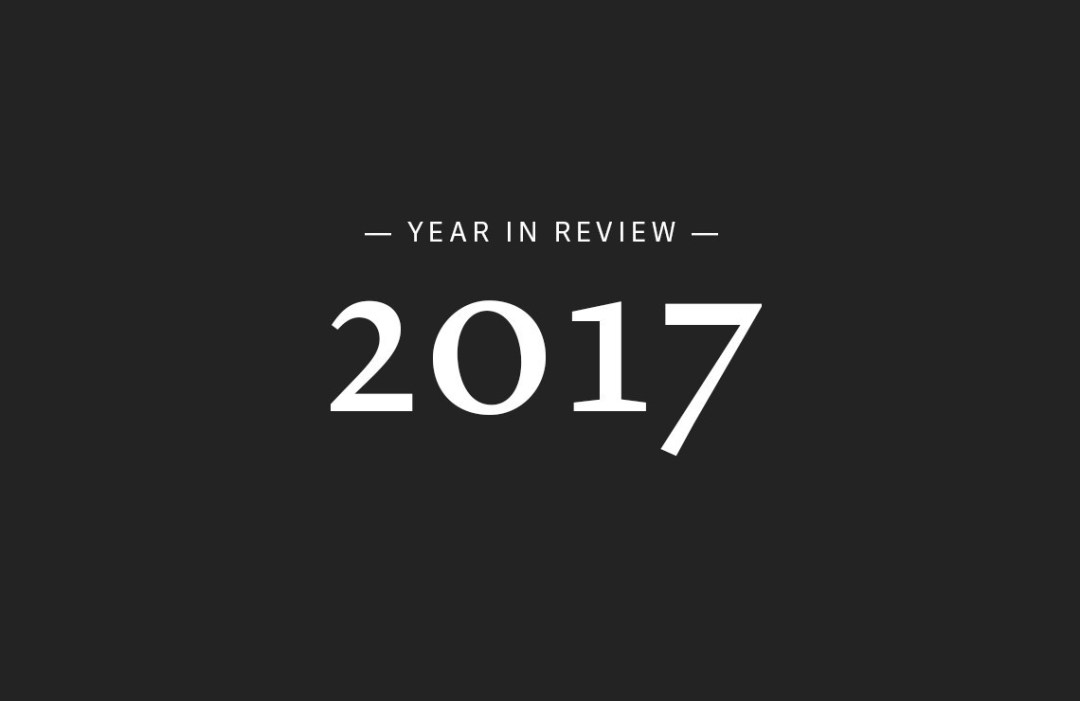 The year 2017 is about to slip fully into the annals of history, and what a truly historic year it was. For good and bad, the news headlines were dominated by one man. But there was still plenty more to make this past year memorable.

On January 20, Donald J. Trump was sworn-in as the 45th President of the United States. Trump, a New York City businessman, thus became the first person to ever hold the highest office of the land without having served previously in the political arena or the U.S. military.

Trump’s wife, the former Melania Knauss, became just the second First Lady born outside of the United States and the first-ever naturalized U.S. citizen to take on that role.

Mike Pence, the former Governor of Indiana, was sworn-in as Trump’s Vice-President. He would provide a stable, measured, traditional balance to Trump’s bombastic style in office.

Much as he had in winning the Republican primaries and then the general election, Trump rallied support for his initiatives through the use of social media. The use of his Twitter account produced some notable gaffes, but also galvanized his loyal followers.

The President and those in his administration pushing out his first-year agenda would run into a number of roadblocks, most publicly from the Democratic Party and from liberal court jurists. However there were a number of big victories for the freshman POTUS.

Neil Gorsuch was nominated and confirmed, putting a jurist with a conservative record on the Supreme Court of the United States. Trump utilized the power of his office to roll back numerous Obama-era regulations, as well as some on Cuba.

It was Trump leadership that led to FCC repeal of so-called ‘net neutrality’ rules. The President pulled the United States out of both the Trans-Pacific Partnership and the Paris climate deal. Under his direction, ICE had its most active year ever in combating illegal immigration, and the Border Patrol has similarly had a banner year in stopping illegal border crossings.

And as Christmas approached, the leadership of the President was key in getting tax reform done for the first time in decades. The act to reduce and reform taxation in the country would also eliminate the Obamacare individual mandate, basically killing that program. In addition, it opened up areas of the Arctic National Wildlife Refuge for drilling, creating more economic opportunity for the nation.

On the day following the inauguration, millions took to the streets in the largest single-day protest in U.S. history. Though it was known as the “Women’s March”, it was actually anti-Trump, with American leftists rallying against the new president’s stated campaign goals.

On February 11, North Korea fired a ballistic missile over the Sea of Japan. This began a year-long war of words and military posturing between Trump and North Korea’s dictator Kim Jong-un.

On April 13, the U.S. military dropped MOAB (Mother of All Bombs) on ISIL (also known as ISIS) troops in Afghanistan. This was the largest non-nuclear bomb ever used, and resulted in the deaths of 94 militants along with four commanders.

By years-end, the U.S. military, loosed by President Trump from reigns imposed under his predecessor, had virtually destroyed ISIL. On the last day of the Barack Obama administration, some 35,000 ISIL troops controlled 17,500 square miles in Afghanistan. Today there are only about 1,000 fighters left controlling some 1,900 square miles.

Mass casualty violence reared its ugly head at an Ariana Grande concert in Manchester, England on May 22. Islamic terrorists set off a homemade bomb, killing 22 people and injury over 500 others.

Tensions with North Korea heightened even further on June 12 when an American student, Otto Warmbier, was returned home following a year and a half imprisonment there. In January of 2016, Warmbier had been accused of attempting to steal a political propaganda poster from the hotel room where he was staying as a tourist.

On his return, Warmbier was in a coma and found to have suffered severe neurological damage. He never regained consciousness, and died on June 19. It is believed that at least three U.S. citizens are still being held in North Korea.

On July 4, both Russia and China urged the North Koreans to halt development of their missile and nuclear weapons programs. Then on August 5, the United Nations hit North Korea with sanctions on trade and investment.

These developments came after North Korea successfully tested its first ICBM. Not to be dissuaded, the North Koreans would conduct their most powerful nuclear test to date on September 3. It is now estimated that their missiles are capable of hitting targets anywhere in the United States.

Cyberattacks became a late-spring, early-summer phenomenon. On May 12, computers around the world were hit with ransomware cyberattack. Then on June 27, the Ukraine suffered from a series of cyberattacks.

News was made in the heavens on August 21 as The Great American Eclipse took place. Passing from the Pacific to the Atlantic coasts, the total solar eclipse was the first in the United States since 1979.

On September 13 it was learned that the Summer Olympics would be coming back to the United States. The city of Los Angeles, California was awarded the 2028 Games, with Paris awarded the rights to the 2024 Olympics.

In between those two feel-good happenings, Hurricane Harvey brought death and destruction as a Cat4 storm. There was tremendous loss in the Houston, Texas area as the storm lingered for nearly a week. With just under $200 billion in damages, it was the costliest natural disaster in U.S. history. There were at least 90 deaths reported from the storm.

Mother Nature wasn’t done with the Americas yet. One week after Harvey moved out, Hurricane Irma slammed through the Caribbean and struck the United States at Florida. The storm caused at least 134 deaths and $63 billion in damages.

And there was still more of nature’s wrath to come this year. A pair of earthquakes struck Mexico in September, with a 7.1 quake striking on September 19. There were more than 350 deaths and 6,000 injuries as a result.

Puerto Rico and Dominica took major hits from Hurricane Maria on September 19-20. There were at least 94 deaths and over $103 billion in damages. The islands are still trying to recover now, more than three months later.

Death did not take a holiday in October. In fact, the month began with the deadliest mass shooting ever perpetrated by a lone gunman in American history. As the Route 91 music festival was taking place in Las Vegas, Stephen Paddock opened fire from his room on the 32nd floor of the Mandalay Bay hotel overlooking the festival. His attack left 58 dead to date, with 546 injured.

On November 15 the art world was rocked when an original painting titled ‘Salvator Muti’ (Savior of the World) purported to be by Leonardo da Vinci himself went for $450 million during an auction at Christie’s in New York. The price was the most ever paid for any work of art.

On December 5, Russia was banned from the upcoming 2018 Winter Olympics, scheduled to be held in South Korea during February. The Russians were banned following an IOC investigation into state-sponsored drug doping of athletes.

A day later, President Trump kept a campaign promise when he formally recognized Jerusalem as the capital of Israel. This was something that the U.S. Congress had called for, and that a number of previous American presidents had pledged. Trump was the first to back up his words with actions, standing up for the United States’ greatest ally in the Middle East.

In one of the largest entertainment media deals in history, the Walt Disney Corporation announced on December 14 that they were acquiring 21st Century Fox for $66 billion dollars.

As December was winding down, the Thomas Fire in southern California was finally, mercifully being brought under control. Lasting nearly the entire month, it was the largest such fire in California history, burning away nearly 282,000 acres, or 440 square miles. It destroyed more than 1,000 structures, damaged hundreds more.

The fire caused $177 billion in damages, and forced more than 100,000 residents to flee their homes. At the peak, there were more than 8,500 firefighters battling the blaze in various locations. Miraculously, but still tragically, just one firefighter and one civilian were killed.


As you can see, 2017 was a momentous year. I began my look back at the year yesterday in a piece on yet another loss, my biggest personal loss with the death of my father, Matthew J. Veasey Jr.

I’ll conclude this year at my blog in the next day or two with the annual naming of the 2017 American of the Year. Last year’s honoree was perhaps the key architect of the historic Trump campaign victory, Kellyanne Conway. She was also the first-ever female winner of the honors. Who will it be for this past year? Stay tuned right here to find out.