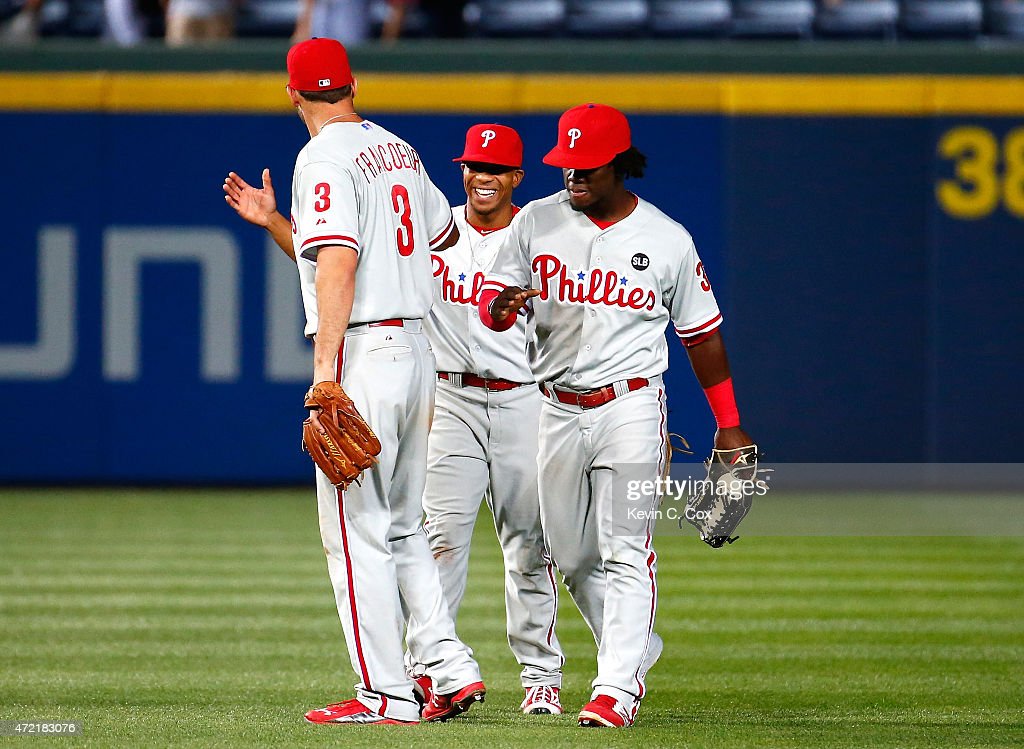 After previously handing out grades to the 2015 Philadelphia Phillies infielders and catchers, it’s now the outfielders turn.
The starting outfielders based on playing time this season were Ben Revere, Odubel Herrera, and Jeff Francoeur, and there were 2-3 others who received substantive time.
Others receiving significant time included Cody Asche, who started 61 games in left field.
Domonic Brown, who the club released just yesterday, appeared in 50 games in right field.
Aaron Altherr appeared in 37 games spread across all three outfield positions.
The Phillies also got 31 early season games from Grady Sizemore in left and right field.
When spring training in Clearwater began back in February, few would have predicted that the Rule 5 draftee Herrera or the supposedly washed-up free agent signee Francoeur would end up as regulars, let alone as fan favorites. But that is exactly what happened as the 2015 season developed.
Below you will find letter grades assigned to the first seven names mentioned above, making up all of the players who appeared in at least 30 games in the outfield for the 2015 Phillies.

Grady Sizemore – F: it’s really hard to see why Ryne Sandberg kept writing the then-32 year old Sizemore’s name into the lineup during the months of April and May.
Likely it was simply because the ill-fated skipper felt there were few proven options, with Herrera and Francoeur not yet having fully emerged, and with Revere as the only established, healthy, proven starter.
Sizemore produced nothing in 104 plate appearances: a .245/.288/.296 slash line with no homers, six RBI, four runs scored, no stolen bases.
He was released on June 1st, signed with the Tampa Bay Rays two weeks later, and actually produced well for the Rays over the season’s final three months. But again, with the Phillies he was nothing more than a complete waste of time.