Phillies need to break up their ‘old boy network’ 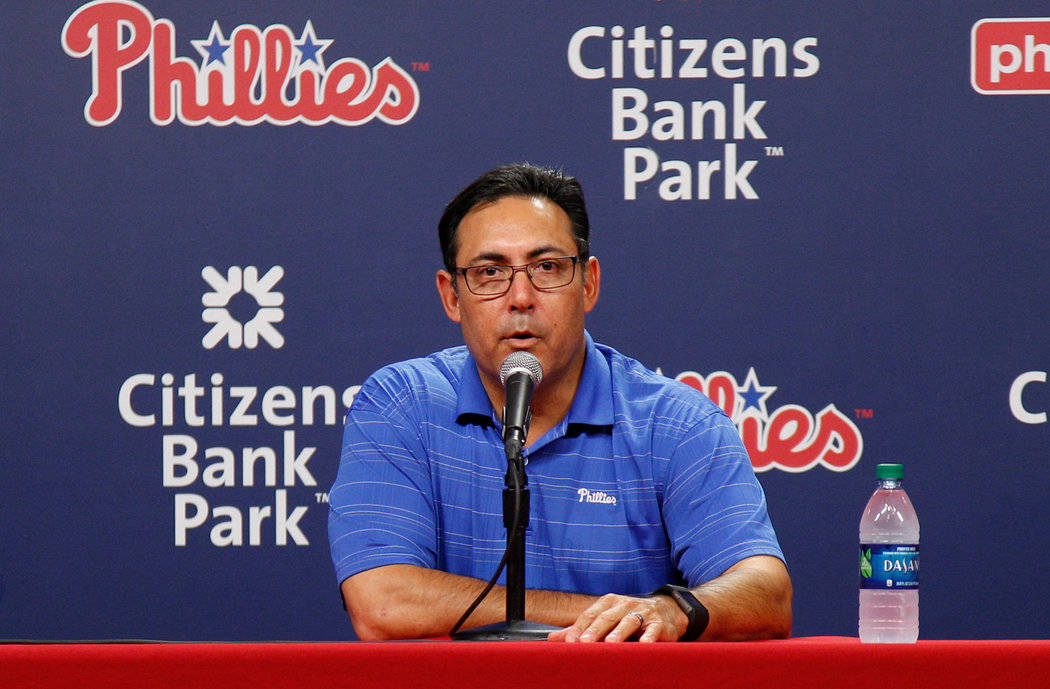 His term as club president of the Philadelphia Phillies is drawing to a close, and on his own way out, aging Baseball Hall of Famer Pat Gillick continues to demonstrate the “old boy’s network” mentality regarding the franchise front office that has soured so many fans.
Gillick will always receive his just due around these parts for making the right moves as General Manager in adding the final pieces that elevated the already-in-place Ed Wade nucleus over the top to a 2008 World Series championship.
But as the years moved along, fans have recognized for a long time now that both Gillick and his then Assistant GM and hand-selected successor, Ruben Amaro, were horrible in their evaluation of prospect talent and the handling of the minor league system.

“I think that there is a more positive feeling about Ruben than there was 90 days ago.” ~ Gillick

Any rudimentary examination of the Phillies drafts between the years 2006-2010, when Gillick was the GM and Amaro his assistant, and then when Amaro first took over, reveals that truth.
On Amaro’s watch, the Phillies have regressed every single season. Slowly at first, but steadily. After that ’08 World Series it has gone like this under Amaro: ’09 – lost World Series, ’10 – lost NLCS, ’11 – lost NLDS, ’12 – .500 record, ’13 – losing record, ’14 – losing/last place, ’15 – worst record in baseball.
In a typically excellent interview by Kevin Cooney for ‘The Intelligencer‘, Gillick is quoted on the possible return of Amaro, whose contract expires at the end of this season, as the GM in 2016:
“I think that there is a more positive feeling about Ruben than there was 90 days ago,” Gillick said. “I think that the deals that we made — and Ruben was the guy in the front of the deals, Andy and I were there to support him — I think the fans and media realize that we have a plan and we want to carry that plan through. When you have a plan — that gains support.”
How insulated do you have to be from reality to make a statement such as that one?
Not only have I not observed a “more positive feeling about Ruben”, but I have noticed little positive feeling about the possibility of his return at all. In fact, just the opposite.
Philly sports fans are passionate and knowledgeable, and not easily swayed by organizational talking heads or their puppets that occasionally pop up in the media.
The overwhelming majority of feedback that I have gotten on this topic, and it has been a lot in recent months, is strongly against Amaro.
Will the last 3-4 drafts actually yield pieces that will make a real difference in returning the Phillies to relevance?
Will the pieces obtained in the trades of veterans Jimmy Rollins, Marlon Byrd, Cole Hamels, Jonathan Papelbon, Ben Revere, and Chase Utley amount to anything of use?
We can speculate on those things in a positive way all that we want. I absolutely hope that something in the evaluation process has changed in a positive way, and that at least a half-dozen of these recently acquired kids will pan out and become the foundation for a longterm winner.
But the fact is that, short of a couple of encouraging months from Aaron Nola, success for any of those pieces, be they draft or trade acquisitions, is still a question mark to be determined in the future.
The fact also remains that this organization was forced to deal away a high-value, and extremely popular asset in Cole Hamels while still in his prime, specifically because the team had been allowed to deteriorate around him due to decisions made during the Gillick and Amaro years.
If players have to go in order for a page to be turned by the organization, and if the names in the lineup have to get younger so that the team has a brighter future, then the exact same thing needs to happen at the front office level, and the vast majority of the fan base recognizes that fact.
Ruben Amaro cannot be allowed to return as the General Manager of the Philadelphia Phillies beyond the end of this current season.
If the organization truly cares about telling its fan base that a new day is dawning, a full housecleaning of the old faces, that “old boy network” that previous regimes have been so fond of perpetuating, has to noticeably change when Andy MacPhail takes control.