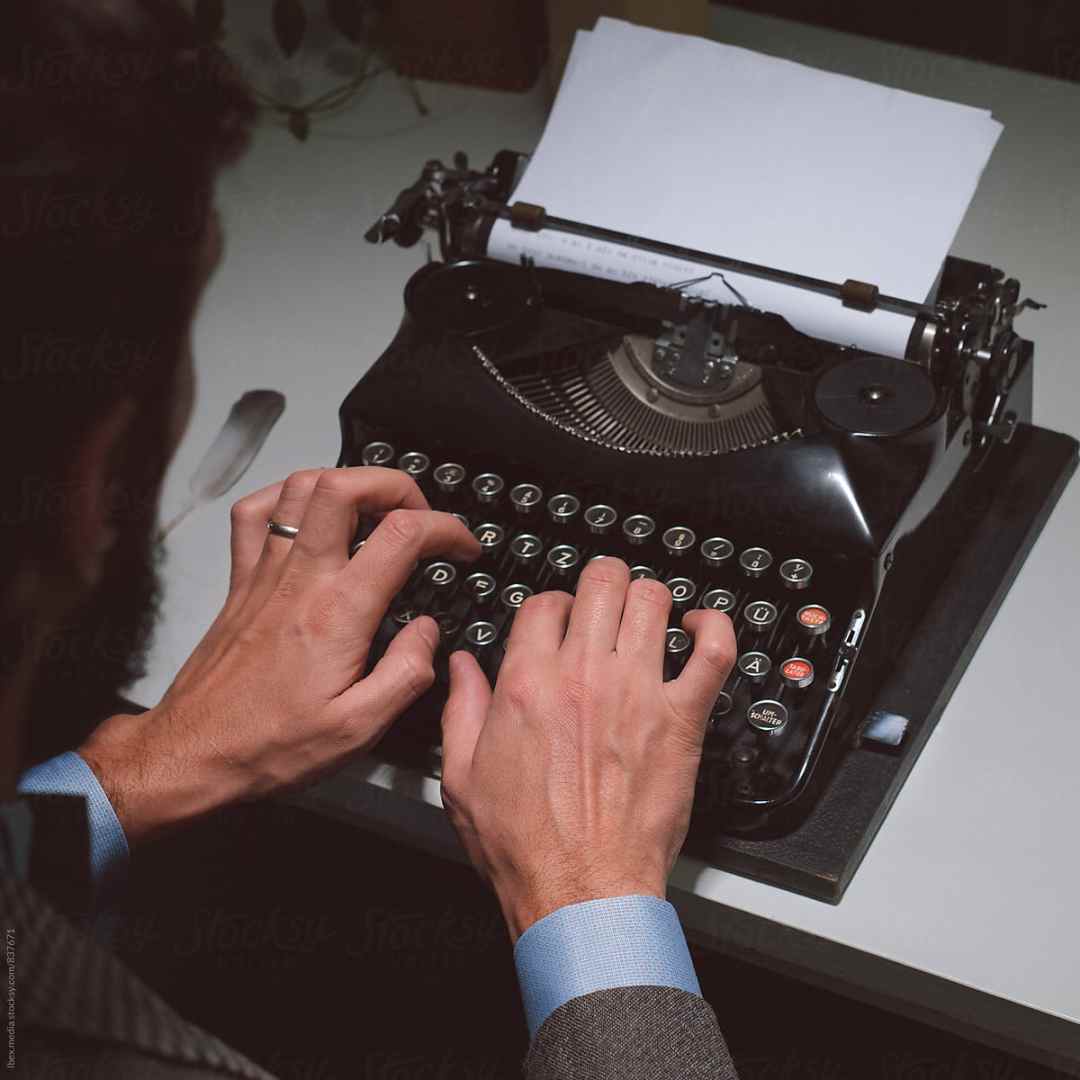 The great Flannery O’Connor was quoted regarding writing: “I’m a full-time believer in writing habits…You may be able to do without them if you have genius, but most of us only have talent and this is simply something that has to be assisted all the time by physical and mental habits or it dries up and blows away.“

What she was saying in her oh so elegant way was that we writers need to do: it’s not good enough to call yourself a writer, or to say you want to be a writer. Writers write. It’s in the doing. O’Connor was emphasizing that you need to do, and do regularly, or your talent will waste away.

I’ve been thinking about this a lot over the last few years, but in particular over the last few months, as I prepare to transition from one career to the next. Whether I ever draw a paycheck, a royalty check, a residual check, whatever – my next career will be as a writer.

The importance in writing is not whether you make money from your creative output, though I will never undervalue the importance of earning a living. The earning is an entirely separate issue. What is at its most basic for a writer is that very output.

It’s the very thing that makes you a writer: the output. The creative release from inside. The rolling around in your head of an idea, of words and thoughts and images, and then transferring those into a piece for someone else to enjoy, or to learn from, or both.

In choosing to combine my God-given talent for writing with my love for the greatest game that was ever invented, baseball, I have stumbled across some very interesting opinions, thoughts, and considerations held by other baseball writers.

One that I’ve found of particular interest is the expressed thought from more than one “professional” baseball writer, and I use that term in parentheses only to differentiate someone who is currently drawing a paycheck for their efforts from someone not currently being paid, to not understand why someone would write “for free” for another entity.

Frankly, it’s difficult for me to understand how such writers don’t get it. It’s actually a fairly simple concept. You write for someone else, some other entity: a website, a newspaper, a magazine, because of opportunity. They are willing to give you not only the opportunity to express yourself, but they are giving you a forum that is likely larger than you would have on your own.

For instance, in my own writing, I have my own website. Have had it for years: www.mattveasey.com, and you can find my thoughts on a wide variety of topics going back over the last decade: politics, society, faith, life, family, media, sports, and many others. But beyond a few dozen of my own friends and family, who is actually ever visiting my website and reading my articles?

About six months ago, I specifically and intentionally decided to dedicate myself to writing almost exclusively about baseball. Why? It’s fairly simple. I have frequently heard throughout my life that if you can make a living doing something you love, you won’t actually work a single day. For me, baseball is a love. So I choose to write the game.

After I write an article, I put out a link to that article on social media, at Facebook and Twitter. At some point a few months ago, someone who had read my work offered me a position writing for the Fansided network, the fastest-growing independent network of sports, entertainment, and lifestyle sites on the web, which had entered into an agreement with Sports Illustrated to get more voices heard.

Within Fansided, I specifically am writing for their MLB arm, with the Philadelphia Phillies team feed called That Ball’s Outta Here, or TBOH for short. The name, of course, is based on the old home run call by the legendary Phillies broadcaster Harry Kalas.

I don’t get paid. But what I do get is exposure. My words go out through a multitude of social media methods from both TBOH and Fansided, so any article that I write under their banner is exposed to thousands of social media users. By extension, some percentage of these are going to actually read my article. Some percentage of those are going to follow my writing more.

That is what you get from writing for an entity that is not paying you. They receive product from me, and other writers, in the form of my writing efforts. I get the exposure that their network receives. Fansided, for instance, has over 113,000 followers at it’s Facebook page.

When people read and enjoy your work, they tend to regularly follow you as an individual writer. Over time, you build an individual brand and fan base. If you’re good enough, and lucky enough, and produce enough, then at some point you have a shot at actually landing one of those paying gigs.

There is very little to distinguish a good writer who gets paid for his output from one who does not. The biggest difference is usually two-fold. First, the person getting paid for their writing can often concentrate solely on that writing. Others, such as myself, have another job/career and just can’t devote the time or effort that we would often like to our writing craft.

The other distinction, and it can be a key one in the world of baseball and other sports, is access. Writer’s who cover teams for Major League Baseball, or Comcast, or Sports Illustrated, ESPN, Fox Sports, CBS Sports, etc are given access inside ballparks and locker rooms. They get to interview players, team officials, and others first-hand, and/or are inside the room during press conferences.

That first-hand access is the single most valuable resource held by those covering the game for a living today. Individuals such as Jon Heyman, Buster Olney, and Ken Rosenthal in baseball are considered “insiders” due to their particular access, and the contacts inside the game that they have developed over a period of years covering the sport.

As a for instance, Heyman put out on social media this statement in regards to tonight’s Game 6 of the World Series, with Kansas City trailing San Francisco 3-2, but hosting the final two games: “that home teams won games 6 and 7 in recent year(s) isn’t relevant. what matters is Giants experience. kc in tough spot imo.“

So Jon Heyman, baseball “insider”, is basically saying that history is not relevant, and that the only thing that matters is the experience of one of the two teams, and that this is all in his opinion (imo – in my opinion.) So his opinion should be taken as more important than history. Ludicrous.

The best predictor of an outcome, be it in politics, personal behavior, or baseball, is history. What is past is prologue. What Jon Heyman thinks, his opinion, is what is irrelevant. That the Giants have experience is not irrelevant, but it also is not the overriding factor here.

What is important? 74% of teams down 3-2 in a World Series and playing Game 6 at home have forced a Game 7. And since 1979, no team has won a World Series Game 7 on the road. Bottom line? That Game 5 gem from Madison Bumgarner, in fact both the Giants wins in Games 4 and 5, were must-wins. And even with those, the odds are against them and with the Royals.

I don’t mean to pick on Heyman. He generally does a nice job reporting on the game. But remember that when you are reading, listening, and following sports-related writers, columnists, reporters, commentators, etc that all you are usually getting is their opinion, which is frankly no better than yours or mine. The big difference? These folks have a platform to sound their opinion.

It’s 2014: you have the opportunity to have your own platform. Think you know something about baseball, football, hockey, golf, politics, music, art, banking, teaching, public safety, religion, romance, or any topic on Earth? Start a blog. Go to WordPress or any similar site and start writing.

Think you’re a writer? If you have the gift, you’ll find out soon enough. But you’ll never find out if you don’t start writing and keep on writing. Ernest Hemingway said it most colorfully: “There is nothing to writing. All you do is sit down at a typewriter and bleed.” Get bleeding. Get writing. Writers writer.