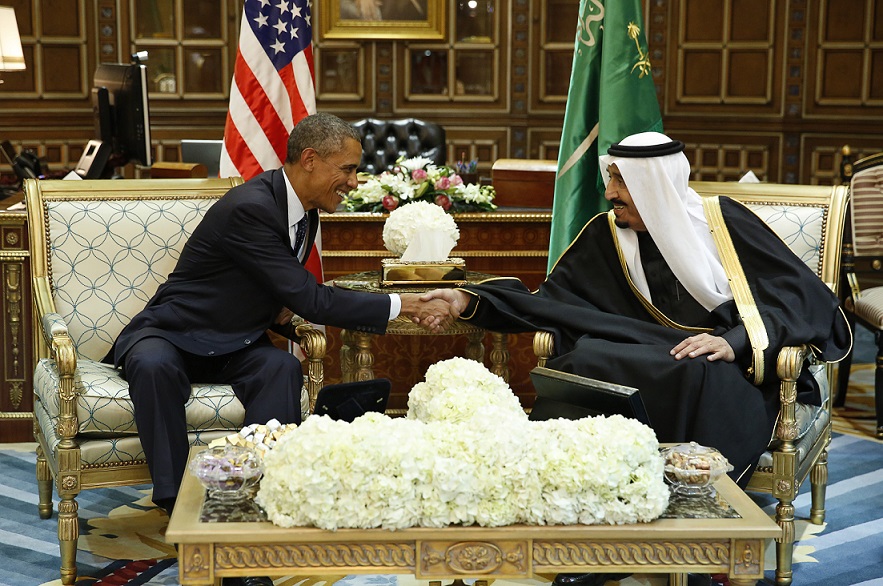 Islamism Series: What are we prepared to do?

In the 1987 film ‘The Untouchables’, Kevin Costner plays famed lawman Elliot Ness, who is tasked to lead a fight against the violent empire of infamous crime boss Al Capone in Chicago during the Prohibition era.

In the beginning, Ness tries some of the usual law enforcement tactics of the day, but appears to be going nowhere in his efforts to defeat Capone.

Finally his right-hand man in the film, street cop ‘Jim Malone’ as played in an Oscar-winning performance by Sean Connery, turns to Ness and asks him a blunt question:

“What are you prepared to do?”

This is always the single most important question that needs to be asked, understood, and answered before committing to fight any war at any level.

Whether at the level of law enforcement fighting criminal groups to keep the public safe on the home front, or at the level of national armed forces fighting enemies from abroad with the same goal, this simple question cannot be avoided.

For years the answer to that question of “What are you prepared to do?” seemed to be a tit-for-tat response. They blew up something of ours, we lobbed a missile at something of theirs.

The international community cried if we killed civilians in our attacks, but shed no tears for American Marines and other service persons and civilians killed in attacks against our embassies or troops.

Nothing much changed until finally the radical Islamists were able to pull off a large-scale attack right here on our own shores with the physically, financially, and emotionally devastating attacks of September 11th, 2001 against Washington and New York.

Less than one year into his first term in office, President George W. Bush was faced with the question for the first time: “What are you prepared to do?”And for the first time, an American leader did not pull a knee-jerk response by lobbing a missile.

For perhaps the very first time, an American leader and his team actually sat down and took a good, long, hard look at the reality of the situation.

The United States was not the victim of some random attack by 20 guys who hijacked some planes. America was attacked by an entity which viewed us as a sworn enemy and wanted nothing less than either our destruction or our capitulation to their worldview. Join up with Islam completely or die, that was and is the message from this enemy.

This was not the usual, traditional type of enemy, and fighting them would require an entirely new mindset and commitment level. In days now long gone by we could identify an enemy as a nation-state or group thereof, and largely pinpoint this enemy and defeat them on a geographical battlefield.

The enemy that we now faced was more of a network of ideological radicals scattered in both large and small groups all over the globe, including some in our own country, that was in some cases well-funded and trained. In some cases this network was being expressly, implicitly, or tacitly supported by a nation-state.

Faced with destruction, devastation, and death on his home front on his watch, President Bush answered the question fully when on September 15th, 2001 he said the following:

“This act will not stand. We will find who did it. We will smoke them out of their holes; we will get them running; and we will bring them to justice. We will not only deal with those who dare attack America, we will deal with those who harbor them, and feed them, and house them. Make no mistake about it. Underneath our tears is the strong determination of America to win this war. And we will win it.”

In this statement, Bush correctly recognized that the problem was not only with the people who actually pulled off the attacks of 9/11, but fully extended to those who supported and nurtured these people both physically and ideologically.

Bush also here became the first American leader to publicly acknowledge that we were at war, and further, he promised that we would win that war. But he also went further, recognizing that this war would be long:

“This crusade, this war on terrorism is going to take a while. And the American people must be patient. I’m going to be patient. But I can assure the American people I am determined, I’m not going to be distracted, I will keep my focus…It is time for us to win the first war of the 21st century decisively, so that our children and our grandchildren can live peacefully into the 21st century.”

The problem was clear, a war was declared on us, attacks were taking place against us, and Americans were dying. The problem was recognized with an acknowledgement that we were indeed at war. The question of what we were prepared to do about it seemed to be answered appropriately: we would fight wherever necessary for as long as necessary to win decisively to ensure lasting peace.

While we dealt them blows on their home bases in Afghanistan and began to establish a democratic foothold in the Middle East both there and in Iraq, the Islamists continued the war with attacks on the trains of Madrid, Spain on March 11th, 2004 and on school children in Beslan, Russia on September 1st, 2004 and on the buses and subways in London, England on July 7th, 2005 among others.

Unfortunately a problem began to develop. As we finally took the fight to the radical Islamists, some Americans, particularly Democratic Party politicians who were out of political power and their media lackeys, all too quickly forgot the pain and destruction of 9/11 and the many other Islamic attacks on America and our allies. They began to use the continuing war and the inevitable American service person deaths as a political football.

During the final 2,682 days of his two terms stretching over more than 7 years following those 9/11 attacks, the policies and strategies of President Bush and his team kept the United States safe from any further successful attacks by a determined enemy who was demonstrating all around the rest of the world that it was still very capable of delivering death and destruction.

The current American administration wants desperately to end our involvement in this war. It was elected largely by painting President Bush as a hateful war-monger and won with a promise to take that very action, in fact. However, on actually taking office and being faced with the reality of the situation themselves, Barack Obama and his people seem surprised to find that is it not America that is the problem after all.

This past week saw a reminder from al Qaeda and the radical Islamists that this war is far from over. They again attempted to use airliners to deliver devastating attacks against the United States on American soil. In fact, they continue to seek nuclear, bio-chemical, radiological and other weapons of mass destruction in what will likely one day be a successful large-scale attack on the United States.

The radical Islamists do not care what American political party is in power. They do not care what the skin color or sex or age is of the American president at any given time. They care only about one thing, that America openly convert to Islam and accept Sharia Law as the ruling cultural influence and legal authority. Anything less will result in the continuation of the war from their end.

That is the real important thing that we need to remember, that a war is not over just because we pull many or even all of our troops out of any country. Vietnam did not end when we Americans fled with our tails between our legs. Instead, the victorious North Vietnamese slaughtered an estimated 4.5 million South Vietnamese who our brave military persons had been protecting. But hey, a bunch of hippies and newscasters felt better, so it was okay.

Unless we become even more determined to fight this war against radical Islam with stronger conventional forces and tactics backed by more determined diplomatic energy and support to the region in finances and infra-structure development over what will likely be decades of commitment, we will lose. And the ramifications of our failure now will be even greater than our failure to win in Vietnam.

It likely won’t happen suddenly or overnight, and maybe not even over one generation. But Islam and its accompanying discrimination, intimidation, and hatred will eventually win out. Either that, or some totalitarian regime of Communism led by Russia or China will become the dominant power. The failure this time of the world’s beacon of freedom, the United States of America, will be a devastating blow to freedom everywhere.

So as every bomb explodes, as every school is attacked, as every head is lopped off, as more Americans are threatened and killed, as our leadership continues to talk tough after an attack while plotting our retreat the question begins to shout out to the American public. Do you want to become Islamic, or die? If the answer is neither, then you are again faced with that one simple question: what are you prepared to do?

NOTE: This continues the ongoing ‘Islamism Series’, each entry of which can be viewed by clicking on to that tag below