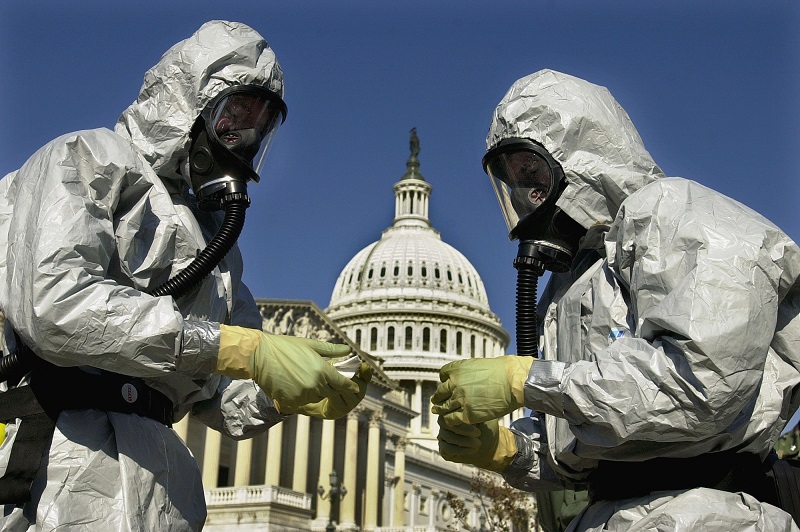 When most people think of attacks or attempted attacks by Muslim radicals against the United States, Israel, England, and others who they perceive as their enemies we think of bombs and guns.

The radical Muslim group Hamas continues to bombard Israel with rockets from Gaza, prolonging a conflict that the Israelis tried to halt days ago.

But it is not just these ‘conventional’ weapons that we need to be concerned with when addressing the problems of Radical Islam.

The British tabloid ‘The Sun’ recently published a report that al Qaeda members in Algeria had been killed during experiments with a strain of the bubonic plague.

A report in the Washington Times stated that a U.S. intelligence official dismissed that claim, but did say that the terror group had to close a base of operations in the African nation after an experiment with ‘unconventional weapons went awry’ killing at least 40 al Qaeda operatives. The experiment was believed to likely be either biological or chemical in nature.

Intelligence officials estimate that Muslim terror groups have been pursuing biological and chemical weapons for at least a decade.

The Times article goes on to quote a 2005 U.S. commission report that the al Qaeda bio/chem weapons program “was extensive, well organized, and operated two years before” the 9/11 terror attacks in the United States.

In January of 2003, British authorities arrested seven men in connection with an effort to produce ricin, the poison that killed a dozen people and sent over 3,000 to Tokyo-area hospitals after it was released on that city’s subway system back in 1995.

At least one of the men involved in the risin attack had spent time at an al Qaeda training camp, and during their investigation authorities found an al Qaeda manual that included a recipe for making the poison.

The fact is that Islamic terror groups are exploring and experimenting with many ways of attacking the West, and they are not going to stand down in these efforts just because we have elected a new president.

Whether our presidents name is Bush or Obama, the Muslim radicals see their struggle with our way of life. They will continue their war on us whether or not we bring any or all of our troops home from the Middle East.

This year in the Philadelphia police department’s MPOETC curriculum one of the courses is entitled “Crisis & Emergency Management.”

This is a scenario-based course that presents four different scenarios outside of the usual, day to day law enforcement experience and asks for ideas on how to handle them. It also presents some of the resources available above the police department level, and explores how and when these resources would be made available.

One of the scenarios involves a bio-terror attack such as the type that al Qaeda has been planning. It is hoped that we here in the City of Brotherly Love never have to deal with such a scenario in reality, but that in attending this class our officers may have a little better picture of how we will respond should it ever come to pass.

Whether the al Qaeda experiment in Algeria involved bubonic plague, which killed 1/3 of Europe’s population in the 14th century and became known as ‘the black death’, or some other agent is relatively unimportant.

What remains most important is that we understand that radical Islam and its tens of millions of adherents continue to look for ways to attack freedom loving people everywhere, especially in Israel, Europe, and here in the United States.

The very real plague of this radical Muslim ideology is a virus that must be stamped out, and against which we must remain on the offensive.

NOTE: This is a continuation of the “Islamism Series” articles, all of which can be viewed by clicking on that below tag.