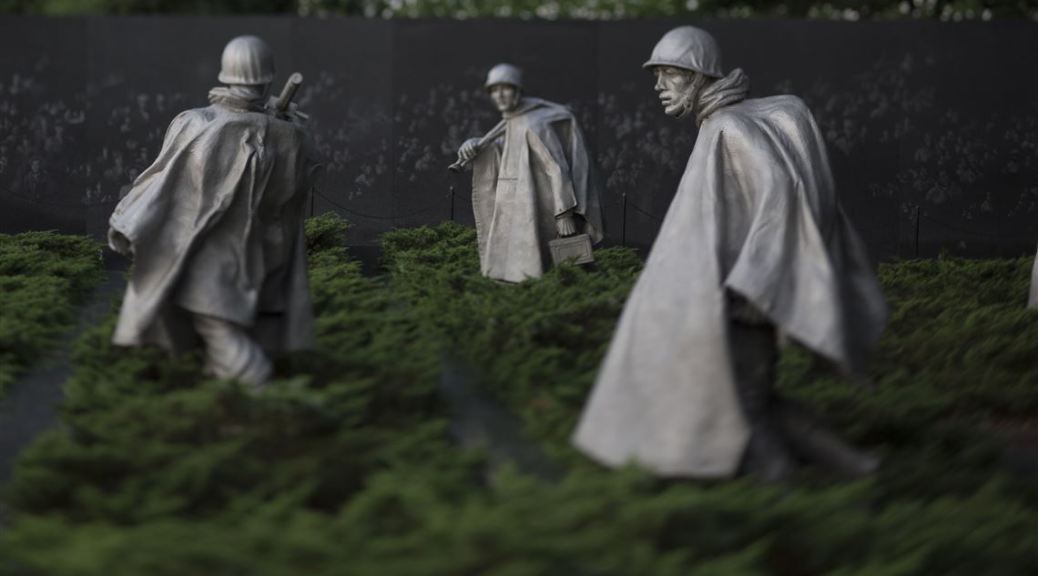 They are leaving us now on a daily basis, the American armed service veterans who served and fought during the greatest military conflict in the history of the planet Earth.

The youngest of the men and women who served their country, whose efforts secured freedom and democracy for generations to come, and who have survived to continue as living representatives of those long-ago days are now in their 80’s.

On May 30th, 2006, the advancement of age and the ravages of illness finally took from us a man who the Imperial Japanese could not. On that date, 85-year old Donald Rudolph of Minnesota died from complications of Alzheimer’s disease.

He left behind his wife, Helen Rudolph, who remains with us for now to tell the story to their three grandchildren of a man on whom “the fellas in his platoon relied on for leadership” and who he had said was doing “his duty to protect them because they were going to protect him.”

The story of Donald Rudolph, particularly his actions on February 5th, 1945, is one that deserves to be known and remembered by all Americans.

On that day few realized that the world was entering the final months of what had been a conflict that had raged across the globe for more than five years.

Just a few weeks earlier, American forces fighting in the Pacific theater against Japan had stormed the main island of Luzon in the Philippines and began a 110-mile drive on the capital city of Manila. They were involved in the process of liberating island-by-island the territories which the Japanese had invaded, conquered, and subjugated over the past few years.

On that early February day, Don Rudolph was a Sergeant and platoon leader with the Army’s 20th infantry, Sixth infantry division which was engaged in a pitched battle for the heavily fortified town of Munoz.

Rudolph was administering first aid to a wounded soldier when his platoon suddenly came under heavy fire from a group of Japanese who were concealed in a culvert.

Grabbing his rifle and some grenades, Rudolph moved forward, his men supporting him with their own rifle cover. He reached the culvert safely and was able to take out three of the Japanese soldiers. Then he began to make his way across open ground to attack some pillboxes which were housing Japanese machine guns.

On reaching the first he tossed a grenade through an opening there. Not thinking the job done, Rudolph then tore the cover off the pillbox with his bare hands and dropped another grenade inside. He moved on to a second pillbox and utilized a pickax to bust it open, then took out its combatants with rifle fire and another grenade.

Rudolph continued to move along the pillboxes, taking out six more, when suddenly a Japanese tank arrived and began to attack their platoon. Sergeant Rudolph leaped atop the tank and dropped a grenade through the turret, killing the Japanese crew.

In the aftermath, for his actions he was given a battlefield commission to the rank of Lieutenant.

On August 23rd, just ten days before the Japanese would formally surrender, President Harry S. Truman presented Lt. Donald Rudolph with the Medal of Honor stating that in acting in “complete disregard for his own safety” Rudolph had “cleared a path for an advance which culminated in one of the most decisive victories of the Philippine campaign.”

Unlike many of his fellow service persons in his ‘Greatest Generation’, Don Rudolph went on to live a long, healthy life. He finally retired from military service in 1963, and was later marching in a Minneapolis Veteran’s Day parade in 1969 when he was interviewed and said “When I see that flag, it does something to me inside. I want to jump up and salute.”

What a sentiment. It is important that we not only share his sentiment, but that we also remember to jump up and salute the real American heroes such as Donald Rudolph whose actions have made and continue to make freedom possible both in the United States and around the world.

NOTE: This is the continuation of the ‘Real American Heroes’ series remembering U.S. military heroes, all the entries of which you can view by clicking on to that below label. Thanks as always to the http://www.mishalov.com website.