For the better part of 15 seasons in Major League Baseball, Dick Allen terrorized big-league pitching as one of the most feared sluggers in the game.

In his trophy case can be found both the 1964 National League Rookie of the Year Award and the 1972 American League Most Valuable Player Award. He was a seven-time All-Star as well.

The first seven and two of the final three of those seasons were spent in a Philadelphia Phillies uniform. During that first stint from 1963-69, Allen won those Rookie of the Year honors and followed that freshman campaign with three consecutive NL All-Star seasons.

It was his presence in the middle of the lineup as the starting third baseman, combined with the efforts of newly acquired ace starting pitcher Jim Bunning, that pushed the Phillies to the top of the NL standings for most of that summer of 1964.

That those Phillies suffered a historic collapse, losing 10 straight at one point and going 4-13 over the second half of the month to blow a big lead, was no fault of Allen’s. Over those final 17 games from September 16 to the end of that season, Allen slashed .386/.449/.657 with 11 extra-base hits, 13 RBIs, and 18 runs scored.

Defensively, Allen moved from the hot corner out to left field for the 1968 season and then to first base during his final season at Connie Mack Stadium with the Phillies in 1969.

His time with the Phillies during the 1960’s was often as tumultuous as the decade itself proved to be for all of America. For fans who are genuinely interested, I highly recommend reading “God Almighty Hisself: The Life and Legacy of Dick Allen” by Villanova law professor Mitchell Nathanson.

There is also an outstanding biography on Allen at the Society for American Baseball Research (SABR) by Rich D’Ambrosio, taken from the book “The Year of the Blue Snow: The 1964 Philadelphia Phillies“.

For the purposes of keeping this particular piece short, I’ll largely skip over Allen’s non-Phillies seasons at this point. He was traded to the Saint Louis Cardinals on October 7, 1969 in what turned out to be one of the most important deals in MLB history.

The key piece coming back to the Phillies in what was a seven-player trade was three-time All-Star and seven-time Gold Glove Award-winning veteran outfielder Curt Flood. Instead, Flood chose not to report to the Phillies and embarked on a historic legal challenge of baseball’s reserve clause. The Phillies would later receive a prospect by the name of Willie Montanez to complete the deal.

Allen produced another All-Star season during his one year in Saint Louis, after which he was dealt to the Los Angeles Dodgers. He had a solid season in LA, where the Dodgers finished just a game behind the arch-rival Giants for the NL West crown. Following that season he was traded once again, this time to the Chicago White Sox.

In December 1974, Allen was traded to the Atlanta Braves, who would flip him to the Phillies in May 1975. His return to Philadelphia coincided with the team’s rise back to contending status, and Allen joined young sluggers Mike Schmidt and Greg Luzinski in the middle of the Phillies batting order over the next two seasons.

After helping the Phillies to their first postseason berth in 26 years during the Bicentennial season of 1976 at Veteran’s Stadium, Allen was granted free agency. He signed with the Oakland A’s, for whom he would spend one final half-season before his career ended at age 35.

Allen began appearing on the Hall of Fame ballot in the early 1980’s and would remain under consideration by the Baseball Writer’s Association of America voters for 15 years. He would top off at 79 votes (16.7%), which came in his final year of consideration on that regular ballot in 1997.

Over the last two decades, Allen’s case for the Baseball Hall of Fame has been supported by a number of individuals, none more passionate than Mark Carfagno, who has aggressively championed the cause on social media in recent years.

An impressive 55-page presentation has been created by him at the website “Dick Allen Belongs in the Hall of Fame“, and there is an accompanying Facebook group as well. Another great fan web resource is the Dick Allen Hall of Fame created back in 2011.

There was hope in the winter of 2014 when Allen was voted on by the Veteran’s Committee. Needing 12 of the 16 voters support for enshrinement, when the final totals were tallied, Allen fell just one vote short.

Per Carfagno: “…it’s very political. He should have been elected on the 2014 Golden Era Ballot, but at the last minute Bob Watson was replaced as a voter by Dave Dombrowski who did not vote for Allen. I can say it as a fact since I was told by a very good source. I have so many correspondences, Emails , Letters and experiences that I want to write a book about the campaign. Ups and downs, High and lows, peaks and valleys just like a long baseball season.”

Last summer, Daryl Bell with the Philadelphia Tribune wrote “Phillies’ first Black superstar, who knew how to patiently wait on a pitcher’s mistake to hit a ball seemingly into another ZIP code, is diligently waiting for the day he receives word that he’s been elected into the National Baseball Hall of Fame. He’s also waiting for the day the Phillies finally retire his number 15.”

Allen has waited far too long to hear that word and enjoy that day. But now, there is again hope that the wait could be coming to an end.

The Baseball Hall of Fame’s “Golden Days” committee will vote in December 2020 on candidates for possible inclusion in the Hall’s Class of 2021. It is widely believed that Allen will be on that ballot and again voted on for possible enshrinement, and he would again need the support from 12 of the 16 voters.

Just last month, Matt Breen at the Philadelphia Inquirer wrote the following: “He was baseball’s best hitter over the first decade of his career, as Allen’s 165 OPS+ from 1964 to 1973 led the majors, better than all-time greats such as Hank Aaron, Harmon Killebrew, and Willie McCovey. Allen should have become a Hall of Famer in 1983...”

If he is left off the ballot ( a long shot) or the voters somehow get it wrong once again this coming December, that committee would not be scheduled to vote again until late in 2025. Allen would be 83 years old at that point.

The time is long past for Dick Allen to be voted into and inducted at the Baseball Hall of Fame, enshrined there forever with a plaque among the immortals of the game. Crying over those past injustices accomplishes nothing. Only a positive vote this time around will do it. The time is now. 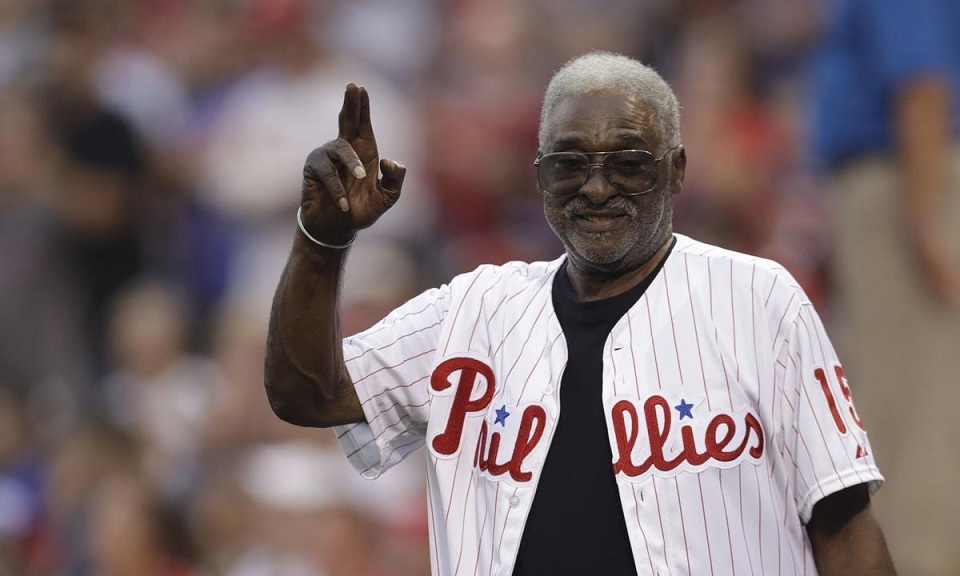 In results just announced, former Phillies star outfielder and first baseman Dick Allen has been passed over this time around in voting by the Veteran’s Committee on the Golden Era ballot for election to the Baseball Hall of Fame.
No one was elected by the Committee for enshrinement in 2015: Allen received 11 votes, falling just one short of enshrinement.
Allen was among 10 players being considered in ‘Golden Era’ voting by the Veteran’s Committee. The others were: Luis Tiant, Ken Boyer, Billy Pierce, Jim Kaat, Minnie Minoso, Gil Hodges, Tony Oliva, Maury Wills and Bob Howsam.

RESULTS: DICK ALLEN – 11, TONY OLIVA – 11, JIM KAAT – 10, MAURY WILLS – 9, MINNIE MINOSO – 8, ALL OTHERS 3 OR FEWER VOTES
The 16-member Veteran’s Committee consists of Hall of Famers, historians, media members, and baseball executives. Votes are required from 12 of the 16 voters in order to be elected for enshrinement in the Hall of Fame.
The current VC voters are Hall of Famers Jim Bunning, Pat Gillick, Joe Morgan, Rod Carew, Fergie Jenkins, Don Sutton, Al Kaline and Ozzie Smith. The executives are Bob Watson, Jim Frey, David Glass and Roland Hemond. The media/historian group are Tracy Ringolsby, Phil Pepe, Dick Kaegel and Steve Hirdt.
Allen was elected to the Philadelphia Phillies Wall of Fame in 1994. He was the 16th of what are now 36 members of the organization’s historic past to be so honored. Each honoree has a plaque in a special team history section on Ashburn Alley in centerfield at Citizens Bank Park.
Allen signed with the Phillies as an amateur free agent in 1960 and broke into the Majors in 1963. He was a key member of the near-Pennant team in 1964 when he won the NL Rookie of the Year. He was an NL All-Star each of the next 3 years, and played from 1963-69 in Philly. Traded away, Allen returned for two final Phils seasons in 1975-76.
Outside of Philadelphia, Dick Allen was the American League Most Valuable Player with the Chicago White Sox in 1972. For his career, Allen was a 7x All-Star. He accumulated 351Homeruns, scored 1099 Runs, had 1119 RBI, had 750 Extra-base hits, and was a career .292 average hitter.
His career was covered in a recent entry “Philography: Dick Allen” as part of the ongoing exclusive “Philography” feature series of Phillies-of-the-past biographies.
On behalf of Phillies fans everywhere, we are disappointed in this result. Hopefully Dick Allen will be nominated again in the future, and eventually receive what we feel is a long-overdue and well-deserved honor.