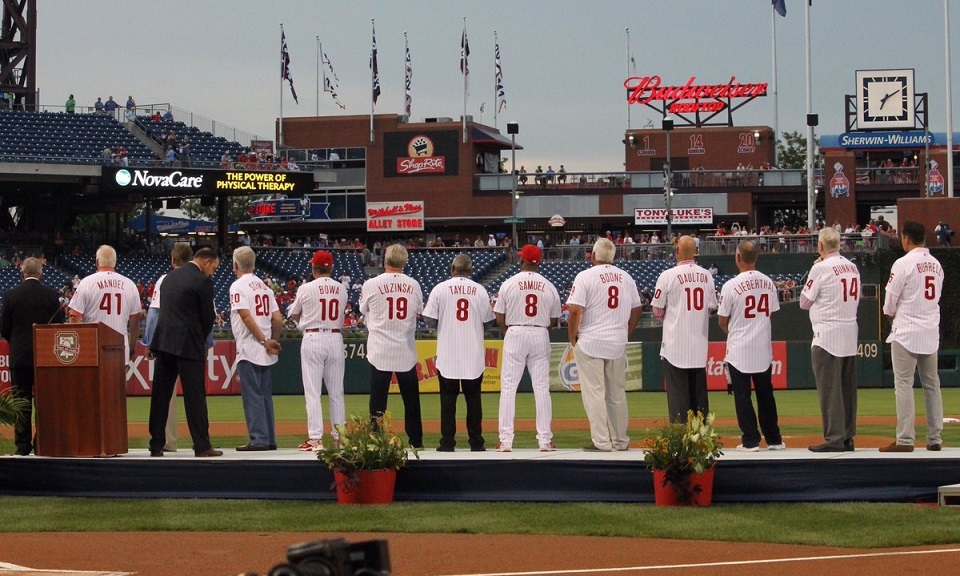 It was October 2014 and I was writing for another site when I decided to begin a series of mini biographies on important figures in Philadelphia Phillies history.

Over the next few years and across a handful of different writing outlets, that series which I named “Philography” would continue to accumulate entries, a few during each off-season.

This year the tradition continues, beginning next week with what will be the 22nd entry in the Philography series. The new entry will highlight the career of the greatest pitcher in Phillies history, Steve Carlton.

To get Phillies and overall baseball history fans ready, below are links to the previous 21 pieces. These bios will usually key on the individual’s playing career, but I try to provide more personal and professional background if widely available.

I hope that you will find the series increases your enjoyment of baseball and the Phillies in particular, and come back for the new entries. There will be one each month during December, January, February, and March.

Click on the “date” in order to read the Philography piece. Click on the individual name to view their stats page at Baseball Reference. 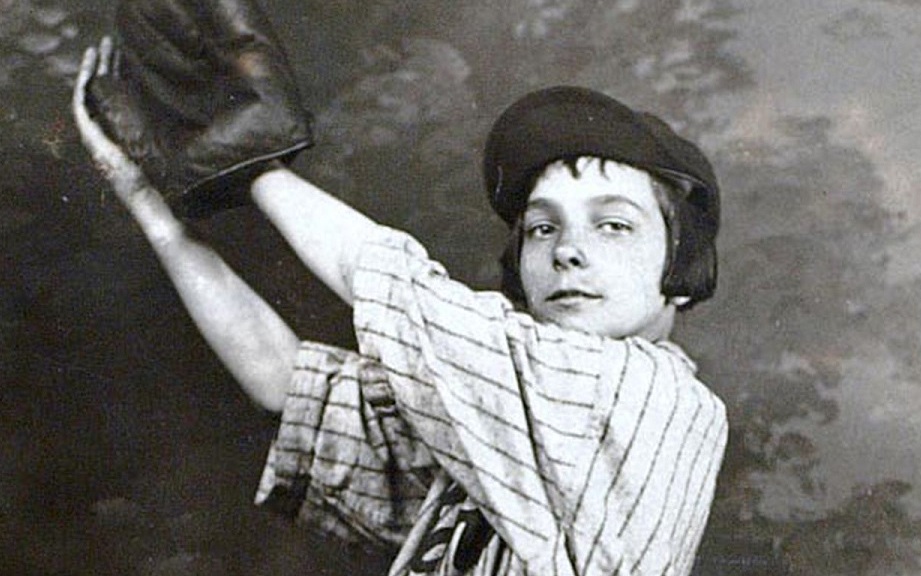 The Phillies have a rich historical tradition that includes being the North American pro sports franchise with the longest-running, continuous use full name (Philadelphia Phillies), the losingest franchise in Major League Baseball history, and the first team to wear pinstripe uniforms.

On February 15th, 1946 the Phillies added to that historical legacy by hiring the first solo female scout, in fact one of the very first female game-related employees, in the history of baseball.

Edith Houghton was a native of the city, born and raised in North Philly into a typically large family at the time, the youngest of ten children. Her father had been a semi-pro ballplayer, and began to teach young Edith the game as a child.

As Shawn Selby wrote in his piece that appeared with SABR, “She would play games with neighborhood kids whenever she had the chance and from her parents’ bedroom window on the second floor she would watch night games on the field outside her house.”

“So enamored with baseball was she that by the time she was 8 she was the on-field mascot for the local police league teams,” wrote Selby. “The job even allowed her to sit next to the mayor at games from time to time. At 9, young Edith was already doing hitting and fielding displays on the field before games.”

As she came to adolescence in the 1920’s, young Houghton wasn’t much into dolls and dresses like most girls her age. No, that pre-pubescent Houghton was a tomboy, and her first love was that game taught to her by her father – baseball.

She didn’t just love the game, she was very good at it, so good that she was able to make the Philadelphia Bobbies women’s barnstorming factory team in 1922 when she was just 10 years old. The team was composed of girls in their teens and early-20’s, and Houghton became their starting shortstop.

Paul Vitello of the New York Times reported in 2013 that a Lancaster, PA newspaper wrote about Houghton during her first season as a player.

That piece had stated “Little Miss Houghton, 10-year-old phenom, covered the ground at shortstop for the team and made herself a favorite with fans for her splendid field work and at the bat.”

In 1925 as a 13-year old, Houghton even got to tour Japan with the Bobbies, who were named after the popular women’s “bob” hairstyle of the day worn by all of the team’s players.

The website ‘Exploratorium Science‘ tells that she was nicknamed “The Kid”, and described her as being “so small that she had to tighten her cap with a safety pin and use a pen knife to punch new holes in the belt of her uniform pants.”

The American women (and two men), almost all of whom were from Philly, played against Japanese men’s teams on their two-month tour.

“For a young woman in 1925 to be playing baseball and going to Japan – well, that was pretty exciting,” recalled Houghton to a reporter with the Philadelphia Inquirer back in 2001, per a 2012 piece by Philly.com’s Vernon Clark.

That 2001 reporter was Frank Fitzpatrick, who wrote a nice piece on Houghton, the team, and that Japanese trip (available at this link.)

In his piece, Houghton commented on being so young, and being around women all older than her: “All of the girls were older than I was,” Houghton told Fitzpatrick. “So when they wanted to smoke and drink, they didn’t do it in front of me.“

The Selby piece linked earlier here also has wonderful descriptive information on that Japan tour, including that Japanese newspaper accounts had even noted her abilities:

“Houghton was singled out for special praise when, in a game against the Nippon Dental College team, she caught a baserunner napping by using “the famous Hans Wagner ‘hidden ball’ stunt.”

On the team’s return, Houghton signed with the top female team in the country at the time, the New York Bloomer Girls, for whom she would play for six seasons taking her through her high school years at Philly’s Girl’s High.

She then joined up with the Hollywood Girls, a team from Boston that played exhibitions against semi-pro men’s teams.

The New York Times reports that she worked as a Navy supply manager, while also playing baseball with Navy-sponsored women’s teams.

After the war, Houghton returned to Philadelphia and was working for a hardware store chain when she learned that the Phillies, her favorite team and one of the worst teams in baseball for decades, was looking to hire scouts.

Houghton approached Phils’ owner Bob Carpenter and made her pitch. The Phillies’ owner quickly hired her, making her the first female scout in pro baseball history.

As Selby wrote, the typically skeptical Philly newspapers were not impressed with what many saw as a cheap publicity stunt:

“In a clever turn of phrase, one paper explained that since the Phillies had often played like a bunch of Girl Scouts, they might as well take the drastic step of hiring a girl scout in a bid to get out of the basement of the National League.”

Houghton was not the first-ever female employed in a scouting position. The Chicago White Sox employed Bessie Largent during the 1920’s and 1930’s in that role.

However, Largent was signed only as part of a tandem team with her husband, Roy, and thus Houghton is widely recognized as the true trailblazer in this position.

Houghton would scout hundreds, perhaps thousands, of aspiring ball players over the next half-dozen years, signing 16 players to professional contracts with the Phillies organization.

Unfortunately, none of those players went on to reach the big leagues, though two reached what was known then as the ‘Class B’ level.

In late 1951, Houghton had to leave the organization when the Navy called her back up to active duty in Korea.

She would then remain in service with the Navy through the Korean War and on into Vietnam in the early-60’s, reaching the rank of Chief Petty Officer before leaving military service in 1964 at age 52 and retiring to live in Sarasota, Florida.

Houghton largely dropped out of public sight at that point. She is not known to have ever married or had children

On February 2nd, 2013, Houghton passed away just eight days before her 101st birthday.

There is a nice audio interview with Houghton by exploratorium.edu available here.

Women have remained a rarity in professional baseball, though they have reached higher ranks in the game than in Houghton’s pioneering days.

The best recent example is Kim Ng, former Los Angeles Dodgers assistant general manager. She is currently MLB’s Senior VP for Baseball Operations. Many believe Ng will one day become the first female to lead a Major League Baseball organization. All it takes is one owner with vision, just as Carpenter had in hiring Houghton.