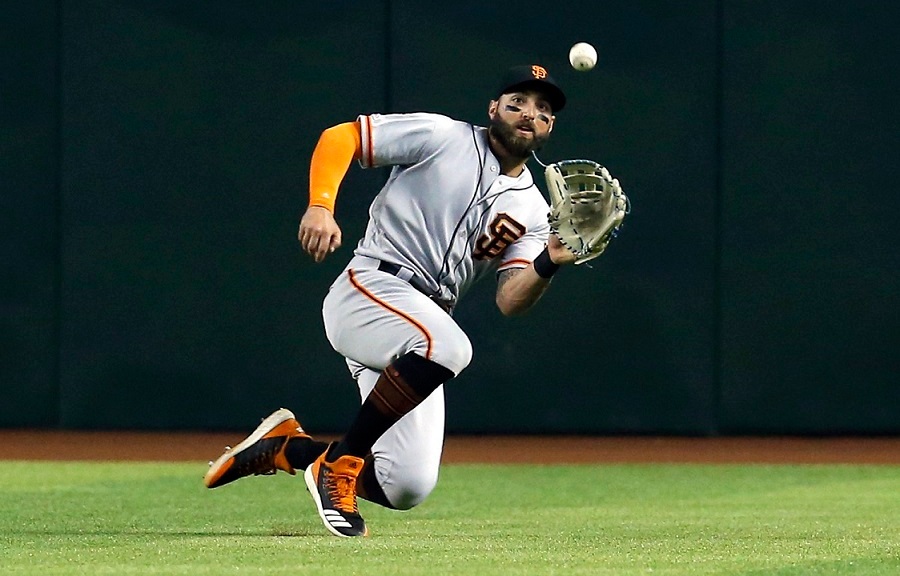 When the off-season began for the ball clubs of Major League Baseball it was my belief that we were in store for a second straight winter of city tours.

At the very least, super agent Scott Boras was going to take the top pitcher, Gerrit Cole, and the top hitter, Anthony Rendon, around the country to a handful of cities for team visits in a repeat of what happened a year ago with Bryce Harper and Manny Machado.

As we now know, it never happened. This time around, the vast majority of free agents had a good idea where they wanted to play. Negotiations went down fast, with few team visits at all.

The Phillies got involved, as was anticipated. General manager Matt Klentak was able to land two new pieces in shortstop Didi Gregorius and the starting pitcher that everyone knew they needed in Zack Wheeler.

But even with those two additions, the Phillies appear to need a little more. They play in a tough division that includes a two-time defending champion in Atlanta, the defending world champions in Washington, and an improved New York Mets club. All three of those teams finished ahead of the Phillies in 2019.

It appears that Klentak is ready to hold third base for top prospect Alec Bohm, plugging in super-utility guy Scott Kingery for a few weeks until Bohm is deemed fully ready. And it looks as if Klentak wants to see what former first round pick Adam Haseley can do with an everyday opportunity in center field.

If those things are absolutely true, then the Phillies would not be shopping around for any more starting caliber position players. But they still have needs in the bullpen and on the bench, and another starting pitcher, preferably a left-handed veteran, couldn’t hurt.

So, considering those as the Phillies needs and knowing that the free agent market has seriously dried up, are there any players remaining available who could help the club, and who Klentak might actually still consider inking to a deal?

Earlier this week, Hall of Fame scribe Jayson Stark put out what he considered to be an All-Unemployed Team, with each of the players still out there as available free agents:

And now the All-Unemployed Pitching Staff:

And just yesterday, former big-league general manager Jim Bowden published a piece for The Athletic on the top remaining free agents. He listed the Phillies as a “best fit” for two of those, third baseman Josh Donaldson and relief pitcher Will Harris.

Donaldson would appear to be a longshot at best. In fact, there is a very real possibility that the slugger will be manning the hot corner and hitting in the middle of the lineup for an NL East rival once again next year. Both the Braves, with whom he played in 2019 on a one-year contract, and the Nationals are considered the front-runners to land the services of the veteran.

Harris is an intriguing possibility. The 35-year-old right-hander is a veteran of eight big-league campaigns. He was a 2016 All-Star, won a World Series ring with the Houston Astros back in 2017, and has been one of baseball’s top relievers over his last five seasons spent in a Houston uniform.

This past year, Harris allowed just 42 hits over 60 innings with 62 strikeouts across 68 appearances. He also has 23 games of postseason experience on his resume.

Other free agents also still remain who at least fit the mold of what the Phillies could use. They include veteran left starters Drew Smyly and Alex Wood and relievers Steve Cishek, Daniel Hudson, Brandon Kintzler, and Hector Rondon.

For bench bats there are players such as Starlin Castro, Brian Dozier, and Ben Zobrist. If the Phillies do consider a move on a position player who could start, center fielder Kevin Pillar might prove to be a nice fit.

At this stage it would appear that shoring up the pitching staff with a veteran back-end starter and at least one veteran bullpen arm are the best bets for possible additions.

However Klentak chooses to fill in his roster over the balance of the off-season, as the calendar flips to 2020 there remain players out there on the market who could help the Phillies in the season to come.  Those names may not be sexy, but every contending team needs key contributing-level players as well.