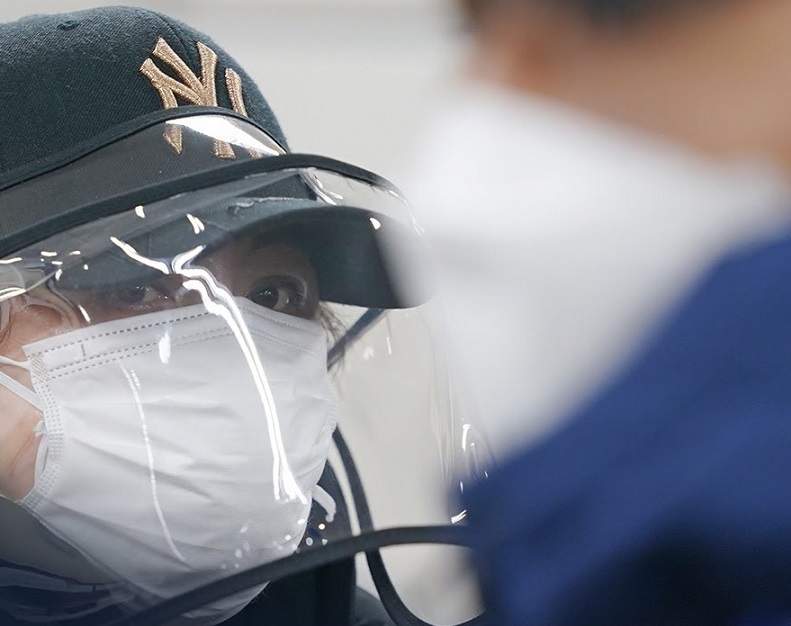 Of all the controversial issues that we thought might unfold across the Major League Baseball landscape during 2020 as spring training camps opened last month, having the season delayed or cancelled by a pandemic was certainly not high on the list. But here we are, faced with that very possibility.

The spread of COVID-19, or “coronavirus”, across the globe finally and perhaps inevitably reached the shores of the United States. It seems to be spreading like wildfire as health officials race to come up with testing and vaccination procedures and products.

On Wednesday the first known professional athlete tested positive for the virus, French national and Utah Jazz All-Star forward Rudy Gobert. That result was made known just prior to the start of the Utah game in Oklahoma City against the host Thunder.

As word was received, the NBA referees scheduled to work the game walked off the court. Players for both teams were quarantined at the Chesapeake Energy Arena. Within hours, the National Basketball Association announced the postponement of the remainder of its regular season schedule.

Major League Baseball has been planning for weeks for just such an eventuality. Teams have been told to prepare contingency plans in the event that large-scale events were banned at any location. Well, that is now happening.

Both MLB and MiLB today announced that their 2020 regular season schedules will be delayed. Major League Baseball also announced that all spring training operations are being shut down, including the cancellation of the balance of the Grapefruit and Cactus League schedules.

The City of Philadelphia has banned all events with more than 1,000 attendees for at least the next 30 days. This would certainly have a major effect on the Philadelphia Phillies home schedule should MLB resume play at some point.

Mayor Jim Kenney’s administration is planning to ban all events with 1,000 or more attendees and encourage residents to skip those that will have more than 250 people, according to an email we've obtained. Follow our latest #coronavirus coverage here: https://t.co/cajU0uz3wv

MLB insider Jeff Passan of ESPN wrote this morning that the California Department of Public Health said that “large gatherings that include 250 people or more should be postponed or canceled,” including “professional, college and school sporting events.” This would include home games currently scheduled for later this month involving the San Diego Padres, San Francisco Giants, Oakland Athletics, Los Angeles Dodgers, and Los Angeles Angels.

Multiple Major League Baseball teams have started pulling scouts off the road and sending them home because of coronavirus concerns, sources tell ESPN. Others have simply canceled travel. Officials expect most, if not all, teams to take similar action within a matter of days.

Greg Johns of MLB.com is reporting that Washington state has “announced restrictions on gatherings of 250-plus people in King, Snohomish and Pierce counties through March.” Seattle resides in King County, meaning that Seattle Mariners home games currently scheduled for the end of this month would need to be moved, postponed until a later date, or cancelled altogether.

The NCAA has announced the cancellation of its own high-profile upcoming sporting events, most notably the March Madness of men’s and women’s basketball.

The National Hockey League announced a pause to their season as its plan to deal with the COVID-19 issue on Thursday. Major League Soccer announced that their season is now suspended for the next 30 days.

President Donald Trump issued a travel ban involving Europe in a nationally televised speech on Wednesday night. That ban could end up costing MLB its London Series between the arch-rival Saint Louis Cardinals and Chicago Cubs, a two-game set currently scheduled for June 13-14 at London Stadium in England.

More immediately, fans who have flocked south to dozens of big-league spring training camps are now left disappointed. The industries and communities supported by those annual pilgrimages will undoubtedly suffer on an economic level.

The final Grapefruit League games in Florida and Cactus League contests in Arizona were held this afternoon. The Phillies defeated the Tampa Bay Rays by an 8-4 score to finish the spring training schedule with a record of 14-5-1, the best mark in either the Grapefruit or Cactus Leagues.

Jake Arrieta left his start on Thursday afternoon with mild shoulder discomfort. Said it was precautionary, would not have come out of a regular season game. Tests showed no damage and he should be fine whenever the season begins. Earned win today: 3.1 IP, 3 H, 2 ER, 1 BB, 2 K.

Major League Baseball had been slated to open its 2020 regular season schedule on Thursday, March 26, exactly two weeks from today. Those two weeks were filled with plans to stage hundreds of pre-season games with tens of thousands of fans in attendance.

Earlier this morning prior to the official MLB announcement, I made the following recommendation:

“What should the sport do? In my opinion MLB should immediately cancel all remaining Grapefruit and Cactus League contests and move forward with plans to open the regular season with crowd restrictions similar to those being implemented by the NCAA.” At the time the NCAA was planning to play March Madness with only limited family as spectators.

“For baseball, this situation is unprecedented… We’ve never seen anything quite like this.”@Ken_Rosenthal reacts to MLB suspending spring training and delaying the start of the 2020 season. pic.twitter.com/7LQZECknDs

Nobody wants this to happen. But it is no longer time to hope for the best. Major League Baseball and all of these sports organizations are doing the right thing. It was time to respond quickly and responsibly. This health crisis will pass. But will it take weeks? Months? At this point, no one really knows.

There are many places where you will be receiving news and information on the response of Major League Baseball and other professional sports to the coronavirus situation.

Visit the official Centers for Disease Control and Prevention (CDC) site for more detailed information and ongoing updates regarding COVID-19 coronarivus at this link: Coronavirus Disease 2019.