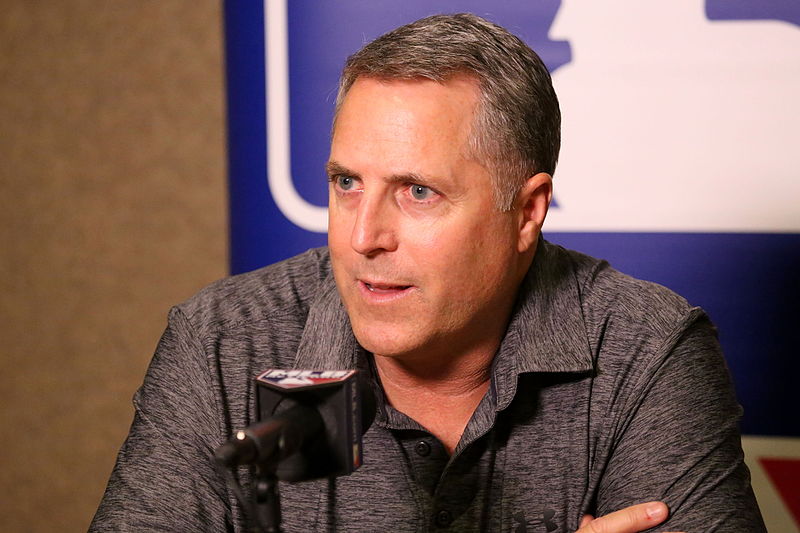 Just days after officially hiring Joe Girardi as their new manager, the Phillies have filled one of the key open positions on his coaching staff.

Bryan Price, who most recently served as the manager of the Cincinnati Reds from 2014 into the 2018 season, has been hired as the Phillies new pitching coach.

Price brings tremendous experience to the job. He previously served as pitching coach with the Seattle Mariners (2000-06), Arizona Diamondbacks (2007-09), and the Reds (2010-13) in addition to his managerial term in Cincinnati.

Girardi and Price have a recent link. Back in the summer, the Phillies new skipper was named as the manager of Team USA for the upcoming international Premier 12 tournament. Price was scheduled to be his pitching coach.

However, on taking the Phillies job, Girardi was replaced as Team USA manager by Scott Brosius. It remains unclear whether Price will remain with Team USA through the Premier 12 tourney, which kicks off the qualifying process for the 2020 Summer Olympics and runs from November 2-17, 2019.

With the Reds, Price guided a pitching staff that twice finished among the top five in National League ERA. However, his managerial stint did not prove as successful. Cincinnati went just 279-387 in parts of five seasons, and he was ultimately fired after a 3-15 start in 2018.

Price was involved in a highly publicized and controversial incident in April of 2015 when he went on an expletive-laden rant against the Cincinnati media after a reporter published what Price felt was information regarding an injury to catcher Devin Mesoraco which put the Reds at a competitive disadvantage.

The 57-year-old Price is a native of San Francisco. He was the eighth round choice of the California Angels in the 1984 MLB Draft as a pitcher out of the University of California-Berkeley, the 190th player selected overall.

Price reached the Double-A level in the Angels organization before being released following the 2016 season. After taking a year off in 2017, Price signed with the Seattle Mariners and eventually reached Triple-A. Over a five-year minor league career he accumulated a 31-19 record with a 3.74 ERA across 90 games, 75 of those as starting assignments.

Price has other prior Phillies connections besides his brief period with Girardi in preparation for their Team USA assignment. Phillies Wall of Famer Pat Gillick hired Price as the pitching coach in Seattle when Gillick was the general manager of the Mariners.

Phillies 2008 World Series hero Jamie Moyer was a pitcher on those Mariners’ staffs under Price.

“If I was looking for a pitching coach, he’d be at the top of my list.” ~ Jamie Moyer

“He’s a student of the game and he cares about his pitchers,” Moyer said per Jim Salisbury of NBC Sports Philadelphia. “I think first and foremost that’s what jumps out about him — how much he cares about his pitchers. He was a first-time pitching coach when he came aboard and we had a lot of veterans on that team. He quickly earned their trust with great communication and with a lot of give and take. His style was basically, ‘What do you do well and what can we do with it to make you better?’ “

On Monday, prior to the announcement of Price’s hiring, Girardi had commented on the pitching coach position. “Just as important is a real ability to relate to the pitchers, sometimes the struggles they’re going through, and that there’s a deep relationship there,” Girardi said per Matt Breen of the Philadelphia Inquirer. “The pitching coach has a tough job because there’s so many pitchers that they deal with. But he has to know each one of them really well, and they have to trust him, and that’s really important.”

Based on his long history of success as a pitching coach and Moyer’s comments, it appears that Price fits that need for a strong communicator well. He looks like a perfect fit for the new Phillies coaching staff, which now seeks a similar strong addition for the hitting coach position.

Per Matt Gelb at The Athletic, Price turned down at least two offers to coach elsewhere before taking the job with the Phillies. One concern that he had was the ability to infuse the game’s new shift towards analytics with his more natural old-school style approach.

“What I don’t know, I can learn,” Price said per Gelb. “But one thing I won’t forget is the fundamentals of pitching — of competitiveness and preparation and the detailed work that is really the lifeblood of being a competitive major-league pitcher. There are just essentials to it that aren’t going to be defined by a spreadsheet or technology that tells you if you’re doing it right or wrong. A reasonable mind says they both have a place. To think that one thrives without the other, it doesn’t. I can tell you, in pitching, there’s no uniformity.”

Now, who exactly will be the pitchers under his tutelage during the 2020 season? The Phillies staff finished 17th in ERA, 20th in OPS against, and  22nd in batting average against among the 30 teams in Major League Baseball this past season.

Given health, the starting rotation in 2020 is almost certain to include Aaron Nola and Jake Arrieta. Based on the majority of his performances combined with his age and upside potential, Zach Eflin would also seem a lock. Top pitching prospect Spencer Howard is likely to make a strong push for a rotation spot as well, possibly as early as spring training.

More questionable are the fates of Vince Velasquez and Nick Pivetta. Each is talented, but neither has been able to establish themselves as a reliable starting pitcher for the Phillies. They both could end up as trade candidates this off-season, or end up in the bullpen if better options are found.

“I don’t speak for the Phillies in any way, shape or form. I’m new to the organization,” said Price per Gelb. “We had a good talk about philosophy. We will use our analytics and technology department in a very strong and positive way. But I think the pitching coach’s job is to help extract as much talent and build as much confidence in the group as possible through relationship building. It’s through building trust. It’s through sharing experience and knowledge. We give these guys a goal of becoming something special, instead of something that’s specialized.”

Most observers believe that the Phillies are going to need to add two new, veteran arms to that rotation in free agency in order to compete against talented Washington and Atlanta teams in the NL East. At least one of those new starting pitchers needs to be ace-caliber, someone such as Gerrit Cole or Stephen Strasburg.

That will be the primary job of general manager Matt Klentak this off-season, providing pitching talent of a caliber that can help the Phillies to become winners and return to the postseason for the first time nine years.

More on the Philadelphia Phillies and Major League Baseball: