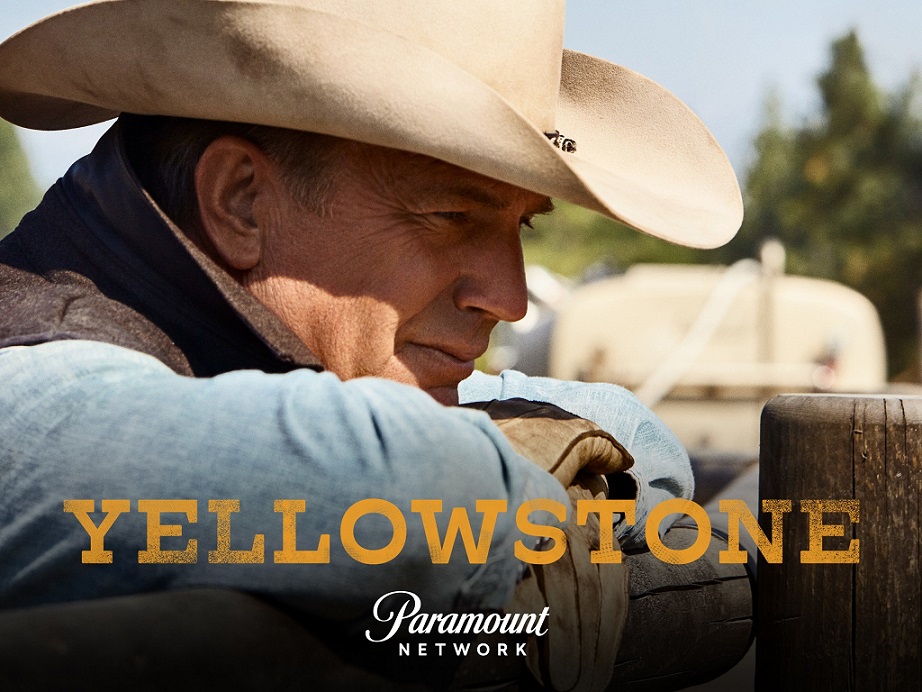 What is known today as the Paramount Network has a long and winding history in cable television.

Founded way back in 1983, it was known originally as “The Nashville Network“, with programming geared around a country music theme through 2000. Over the next few years, the network changed names a number of times in an attempt to lure a younger audience.

In 2003, the network changed its name to “Spike TV“, moving away from the country genre and instead gearing its programming directly to a male audience. It eventually settled in as just plain, old “Spike” from 2006-18, with another change in 2010 emphasizing reality programming.

On January 18, 2018 the network re-launched as “Paramount Network“, moving its headquarters to the Paramount Pictures studio lot in Hollywood. The parent company, Viacom, is hoping to position it as a direct competitor to networks such as FX and AMC by highlighting original programming.

Much as AMC did with “Mad Men” in 2007 and “Breaking Bad” the following year, Paramount is hoping that its first original drama will catch the attention of viewers. That drama is “Yellowstone“, and as with those now classic AMC offerings, it absolutely hits the mark.

“Yellowstone” initially drew me in with the star power of two-time Oscar winning motion picture legend Kevin Costner as the lead actor.

Now 64-years-old, Costner plays John Dutton, owner of the Yellowstone Dutton Ranch, a cattle ranch which is billed as “the largest contiguous ranch in the United States.” Dutton is also patriarch of a clan that includes his three children and a grandson.

Kayce Dutton is played by Luke Grimes. A former U.S. Navy Seal who lives on a neighboring Indian reservation as the series opens with his Native American wife, Monica, and their young son, Tate. Many will remember Grimes from his roles in the film “Sniper“, as well as the “Fifty Shades” film series and ABC’s “Brothers & Sisters” series.

Wes Bentley portrays the other son, Jamie Dutton. He is a lawyer and politician who finds himself alternately loyal to and at odds with his family. Bentley is a familiar face who has starred in a number of high-profile roles, including in the “American Horror Story” series on AMC, as well as in films such as “American Beauty“, “Interstellar“, and “The Hunger Games.”

Jamie is most frequently at odds with his sister, John’s lone daughter, Beth Dutton, played in an often scene-stealing role by Kelly Reilly. A veteran and acclaimed English actress, Reilly may be best known to American audiences for her role as Vince Vaughn’s wife in the second season of “True Detective” on HBO.

The fiery redhead is the financier of the brood and the most fiercely loyal to her father. However, she also flaunts her sexuality, and has a substance abuse issue which frequently overpowers her common sense.

Cole Hauser has a pivotal role as Rip Wheeler. A true cowboy in every sense, Rip is the longtime head of the Yellowstone ranch hands and a sometimes lover of Beth. He is the single most loyal person at the entire operation to John, the quintessential go-to guy who will literally do anything for his boss, and who is almost considered a fourth sibling.

The drams centers around the interactions of the main characters with one another, as well as their wider interpersonal and professional relationships. However, there is also much happening with the show’s other leading character as well – that being the ranch itself.

Set among the vast natural beauty of Montana and Utah, the Yellowstone Ranch is the center of a number of conflicts involving the neighboring ‘Broken Rock’ tribal Indian reservation, land developers looking to build homes and casinos, and the government looking to preserve and police the Yellowstone National Park.

David Hale, who portrayed a squeaky-clean deputy sheriff in the series “Sons of Anarchy” on FX, created this new series and directed all of the episodes in the first season, which premiered in June 2018. Season two then debuted almost exactly a year later.

The series has been renewed now for a third season, likely coming in early summer of 2020, and the already fantastic cast will be getting some new star power as well.

Josh Holloway, known to most for his award-winning role as James “Sawyer” Ford on the ABC drama “Lost” comes on board as an ambitious hedge fund manager.

Also joining the cast will be three-time Emmy Award-winning actress Jennifer Landon, daughter of famed star Michael Landon. She will portray a new female wrangler at the ranch.

In a wide-ranging interview with Mike Fleming Jr for Deadline back in May 2019, Costner commented on his role with “Yellowstone” moving forward:

“Yellowstone moves fast, and sometimes I am not privy to where it’s all going. It keeps with the promise you make, to create images and words that you never, ever forget. That’s what happens when movies are at their best.”

This is cinematic caliber television at its very best. Gorgeous landscapes framed beautifully serve as the backdrop for top-caliber acting at nearly every turn, and a major star as the series lead.

“Yellowstone” is television as it should be, and I highly recommend it for anyone who has not yet enjoyed the first two seasons and 19 episodes. You can stream them here at the Paramount Network website for free by logging in through your cable provider.