In a decision related to actions allegedly taken by former Phillies star outfielder Lenny Dykstra back in May of this year, a New Jersey grand jury handed down indictments on Wednesday.
The Associated Press has reported that third-degree charges for possession of cocaine and methamphetamine, as well as terroristic threats, carry with them potential sentences of up to five years imprisonment.
The now 55-year-old Dykstra became involved in an altercation involving an Uber driver, one in which the former Mets and Phillies outfielder was accused of putting a gun to the driver’s head. That driver, 47-year-old Brian Lutty, had reportedly refused to change the final destination of the trip.
Lutty pulled outside of police headquarters in Linden, New Jersey, about 20 miles outside of New York City, and bolted from the car. Responding officers found no gun but did find drugs in Dykstra’s possession.
Dykstra claimed that Lutty had “kidnapped” him. Christian Red and Larry McShane of the New York Daily News quoted him back in May: “The guy went nuclear on me. He f—ing kidnapped me and almost killed me going 100 mph. He locked me in his f—ing car, and he wouldn’t let me out.”

David Porter of the AP outlined some of Dykstra’s many public troubles since he last played Major League Baseball following the 1996 season:

“Since retiring from baseball, Dykstra has served prison time for bankruptcy fraud, grand theft auto and money laundering, and he declared bankruptcy in 2009, claiming he owed more than $31 million and had only $50,000 in assets.”

According to the New York Times, in May of 1991 while driving home late at night after attending a bachelor party for teammate John Kruk, Dykstra wrapped his 1991 Mercedes-Benz around a pair of trees in Radnor, Pennsylvania. Fellow Phillies star Darren Daulton was a passenger in the vehicle.
Both were lucky to escape with their lives. That New York Times report stated: “Dykstra…suffered three broken ribs, a broken right collarbone and a broken right cheekbone. A broken rib punctured a lung and his heart was bruised, according to doctors. Daulton…suffered a broken left eye socket, a scratched left cornea and a heart bruise, doctors said.”
This time around, Dykstra obviously believes that there is more to the case than the public knows at this point. He seems to feel that he will ultimately be vindicated, based on this tweet sent on Thursday morning:
View image on Twitter 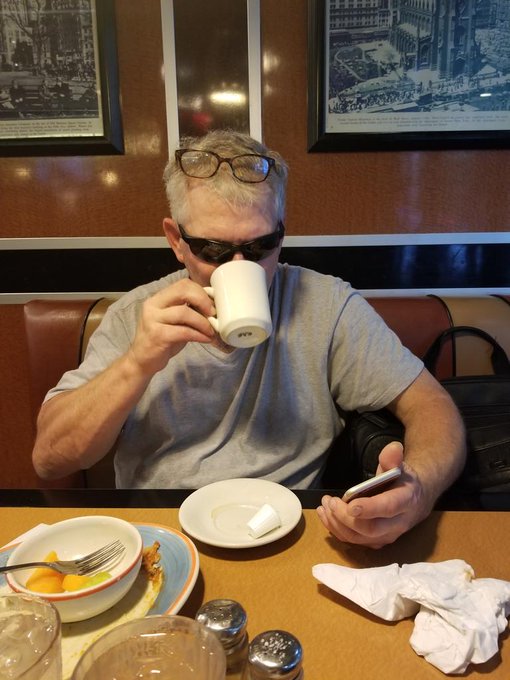 Everything isn’t always as it appears. WORD!!

Twitter Ads info and privacy
Dykstra, known during his career by the nicknames “The Dude” and “Nails”, had a 12-year career in MLB, the final eight of those with the Phillies.
In 1993, Dykstra was the runner-up in National League Most Valuable Player voting to Barry Bonds. That year, the Phillies center fielder hit for a .305/.420/.482 slash line with 19 homers, 66 RBI and 37 stolen bases.
He led the NL with 194 hits and 129 walks and led all of baseball with 143 runs scored that year as the Phillies captured the National League pennant. He was also a Silver Slugger Award winner in 1993, and a National League All-Star in both 1994 and 1995 with the Phillies.
Over the course of his eight Phillies seasons, Dykstra registered 829 of his career total 1,298 hits. He ranks 9th in on-base percentage, 16th in stolen bases, 24th in walks, 36th in runs scored, 37th in doubles, and 47th in hits on the Phillies all-time leader boards.
Dykstra is scheduled to be arraigned at a future date. Whether the case ultimately goes to trial or his lawyer is able to negotiate a plea deal that somehow saves him from more jail time, it appears that the man who earned more than $36 million dollars during his professional baseball career has not yet overcome his personal demons.