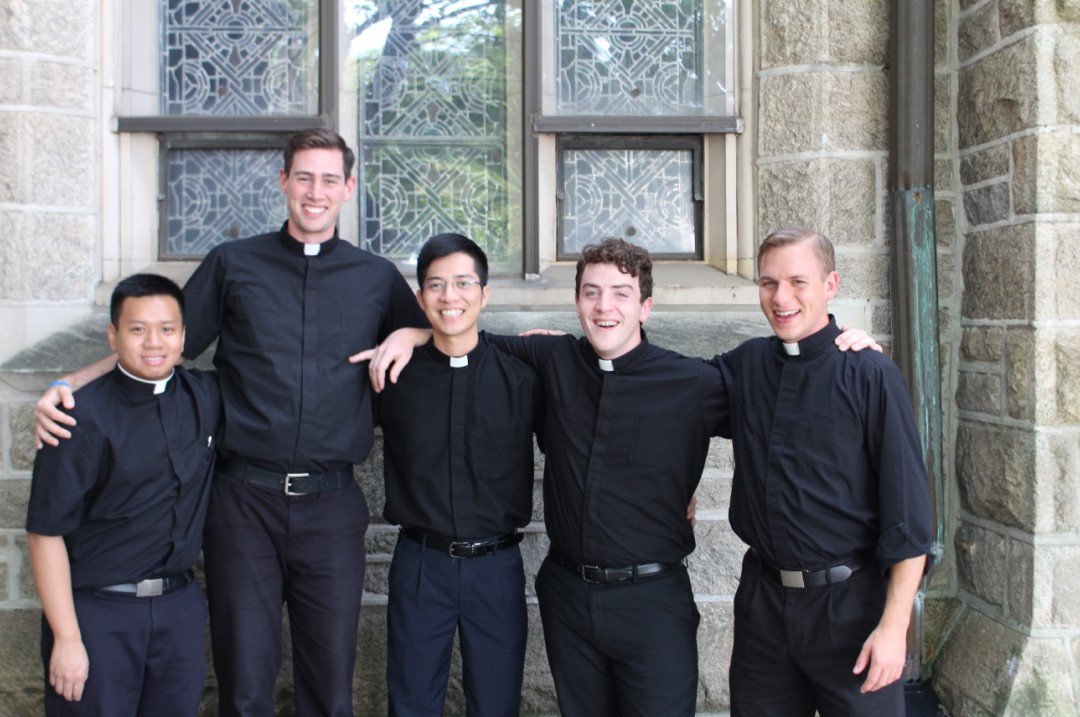 Another day marks the return of another regular series to my website. This time it will be the weekly ‘Sunday Sermon‘ series geared towards religious/spiritual issues.

This series is one of my oldest, beginning all the way back in September 2005. It ran fairly regularly through 2013, but then disappeared for the better part of three years.

I briefly resuscitated the series a year ago, but it turned out to be for just three installments. The last of those was published nine months ago.

Well, ‘Sunday Sermon’ is back for good now with this, the 70th installment in its history. All of the previous articles and any into the future can be viewed simply by clicking on that ‘Tag’ found immediately following this piece when viewed in its web version.

Today’s piece covers a topic of vital importance, one that speaks specifically to the Catholic Church. That would be the difficult decision made by young people in the 21st century in joining a religious order.

The Archdiocese of Philadelphia is currently engaged in its annual St. Charles Boromeo Seminary Appeal. The appeal is an attempt to raise money for the seminary through donations from parishioners.

There are currently fifteen young men at St. Charles who are in the midst of their studies to become a Catholic priest. They come not only from Philadelphia, but from all across the country. They entered the Seminary from high school and college, from careers on Wall Street, and from service to our nation’s military.

During today’s Mass at St. Christopher’s Parish in the Somerton section of Philadelphia, Father Sean English was the celebrant. In his homily, Father Sean spoke of his own decision making process after college. Father told of how, once he knew that he did indeed want to enter the Seminary and become a priest, the process of telling his family and friends took another nine months.

Father Sean’s last name may indeed be “English”, but he is a young Irishman through and through. There was a time when it was expected that a young man from an Irish American family would become one of three things: a cop, a politician, or a priest.

You would expect that his family might be overjoyed at having their son enter the priesthood. But it was still a difficult decision for Father Sean to tell his parents of his decision. To tell them that their son would not be having children to pass along the family name.

The Catholic Church has to be thankful that he heard a call from Christ, and had the courage to respond positively. Father Sean is an outstanding young priest. He is exactly what the Church needs more of, both here in American and across the globe.

It’s a difficult decision, surrendering yourself to a life of service to others. It is not so very unlike the calling that I felt myself at one point, to serve my community as a police officer. It is not unlike the call that many feel to serve the United States as a member of the military.

When called to a vocation, rather than simply taking a job in private industry, you have to surrender a certain amount of freedom. You must accept that you are going to help as many people as you can, under the most difficult circumstances. Not only will you face ridicule, but at times you will face outright opposition.

That call to the priestly vocation has been made particularly difficult in recent years by the priest abuse scandals which came to light over the last decade or so. Those scandals were then exacerbated by denials and cover-ups from some in the Catholic Church hierarchy.

But here is a fact. No matter those scandals, the Church needs priests. The priesthood is a vital institution for the survival of the Church into the future. The Church needs good men to step forward and become priests.

As a police officer, I have seen radicals charge that the entire profession is corrupt. There are some who believe that every police officer is racist, abusive, or both. I know from firsthand experience that is not only false, but that officers who fit into those categories are extreme rarities.

Do they exist? Yes. They exist in every profession. When those officers personal beliefs result in abusive actions, they often become newsworthy, sometimes sensationally so. But the fact of the matter is that the vast majority of police officers are good, decent people like everyone else. They try to help their community every single day while raising their own families.

Priests are the same. The vast majority are good, decent men just trying to serve their community and their Lord and savior Jesus Christ. I’ve said it many times regarding this issue: you cannot throw the baby out with the bath water. No one should turn away from their relationship with the Church because of bad priests.

In his letter to our parishioners this week, Monsignor Joseph Garvin wrote of the decline in the numbers of nuns as well. Here is what ‘Father Joe’ wrote:

“As you may have heard, religious communities of Sisters are going through a very difficult time. There are few younger Sisters. There was a time that Sisters outnumbered priests five to one. Now the numbers are getting closer to one on one.”

Many young men and women today appear to be lost. They come out of high school and college to face a harsh, divisive world. That includes right here in the United States of America.

These young people would be helped greatly by praying on their situation. In turning our concerns, our trials, our lives over to God in prayer we can often find the answers. Unfortunately, many of those same young people just don’t know how to pray, or worse, don’t know to pray at all. They simply don’t believe.

There are three concrete things that we can do, and all of us can do at least one of these.

First, we can pray. Every Christian, and especially every Catholic, should pray for more young people to hear and then heed a call to service from the Lord.

Second, we can donate. Support the current St. Charles Seminary Appeal with a financial donation. You can do that right here, right now: DONATE NOW.

Third, we can guide our children’s spiritual development with purpose. We can further encourage our children and grandchildren to consider a life of service as a priest or nun.

This coming Thursday marks the holiday of Thanksgiving here in the United States. We should all give thanks to any young person in today’s world who is willing to take on the challenge and reap the rewards as they surrender themselves to a life of service as a priest or sister.