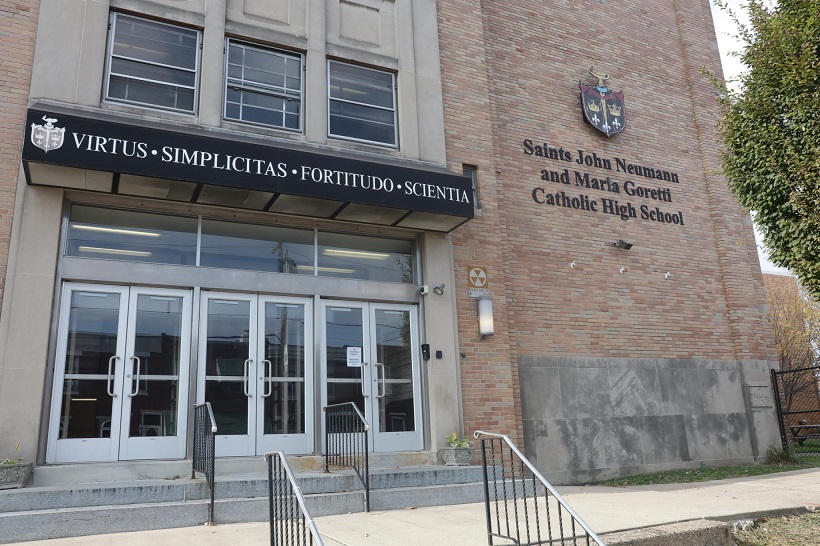 “See to it that no one captivate you with an empty, seductive philosophy according to human tradition, according to the elemental powers of the world and not according to Christ” ~ St. Paul’s Letter to the Colossians (New Testament, Colossians 2:8)

It’s a question that does not have a simple answer: are Catholic schools “better” than public schools here in the United States?

You will hear and read many Catholic school parents and students make the claim that they are indeed better in every way.

But you can also find many proponents of the American public school system who will claim that there is nothing inferior about the education they provide.

There have been a number of formal studies made on the issue. Mai Miksic with the CUNY Institute for Public Policy took on the question in his June 2014 piece “Is the ‘Catholic School Effect’ Real“?

Miksic’s piece concludes that “there is no lack of rigorous research…indicating a possible Catholic school advantage.”

However, Miksic also correctly points out that many proponents of Catholic schools point to simplistic statistics such as higher standardized test score results achieved by their students.

Education is, in the end, about much more than test scores.
And a system that works for one student is not necessarily going to work for another. One thing that we know about our kids is that they are not cookie cutter products.

No matter what argument that you want to make for or against Catholic schools, there is one area of education that is far greater in those institutions. One area that the vast majority of Americans agree upon.

In a June 2016 survey by the Gallup organization, a full 89% of Americans said that they believe in God. If given the choice of “not sure”, the figure remains overwhelmingly high at 79% who are believers.

In research conducted by the respected Pew Research Center, their “Religion Landscape Study” found that over 70% of Americans today still identify as Christian.

If your kids attend Catholic school, they are going to learn about God, about Jesus Christ, and about a whole host of other Christian ideas.

Gaining a respect for the truth that God exists is vital for a child’s appreciation of his or her special place in the world. Learning the teachings of Jesus Christ in a proper setting provides an introduction to foundational principles to guide them through life.

Public schools in today’s America are allowed to teach about religions, but they are not permitted to teach religion. They begin from the false premise that all religions are the same or equal, and that to teach one as more “true” than others is prejudicial at best, and simple indoctrination to fantasy at worst.

This is not the way that it always has been here in America. There was a time – a long, long time – when teaching the precepts of the Christian faith was a vital part of every American child’s education.

Only in the previous century, when so-called progressives began to gain control of American academic institutions and made inroads into the court systems of our country, was God largely banished from public classrooms.

No matter what is taught in schools, a sound religious home life is important for children. It is the parents responsibility to educate their kids from the youngest age. That education must include a strong faith component.

We all come to our faith at different times and in different ways. Despite my own Catholic education through the entirety of grade school, high school, and even college, my faith was not an important part of my life until recent years.

It certainly does not mean that they are “better” than kids who attended public schools.

But on the whole, the numbers don’t lie. Your kids are generally going to be better and more fully educated at a Catholic school.

National test scores, high school graduation rates, college acceptance and attendance, and a variety of other educational areas all favor a Catholic education for your kids.

There is, of course, a cost for this education. Catholic schools are not free.

Tuition is high in many cases. That can be a challenge for many families who would, except for this one major drawback, prefer to send their kids to Catholic schools.

All during the week, schools and parishes across the country will be involving their students and communities with activities in this theme.

I have personally had the experience of attending Catholic schools, and of sending my children to both Catholic and public schools. There have been good and bad experiences at both. In my opinion, the good of the Catholic school experience far outpaces the alternative.