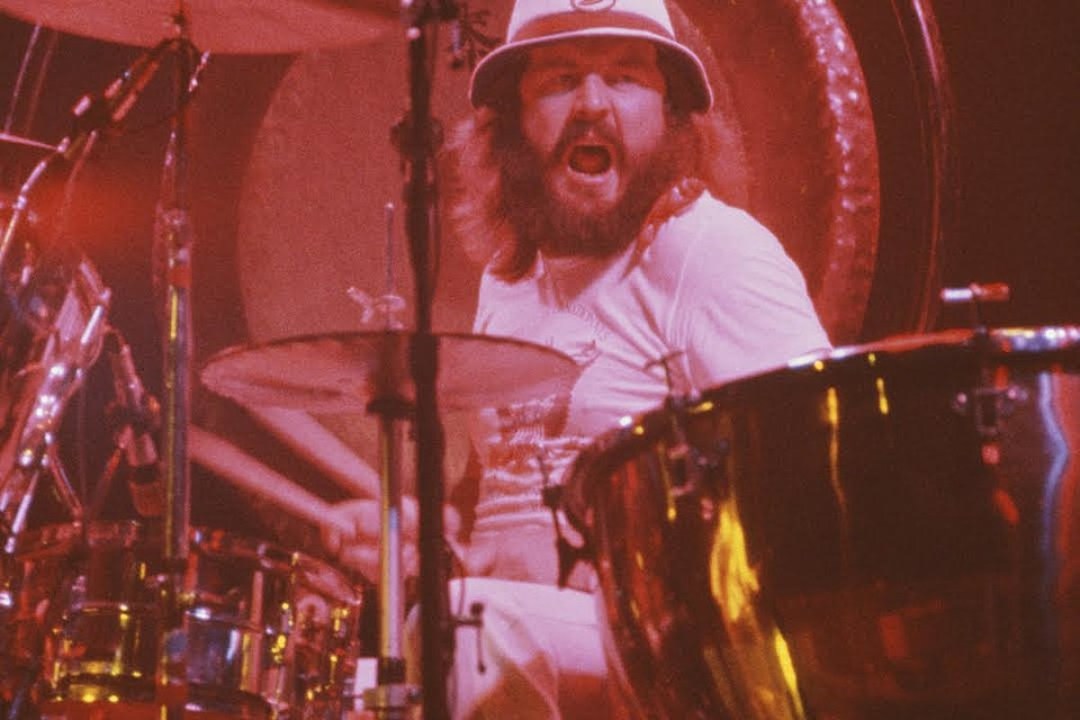 The late John Bonham was the drummer for Led Zeppelin

Sometime on September 23rd, 1980, John Bonham began to drink. This was not an unusual event in Bonham’s life. He was a big drinker.

But the binge that he was about to undertake was a big one even by his standards. Over the next day and a half, Bonham, would take approximately 40 shots of vodka in a drinking binge that would end his life.

John Bonham was the drummer for the legendary rock band ‘Led Zeppelin’, and he was universally considered one of the greatest drummers in the history of rock music.

As he undertook that final late September alcohol binge, he and his mates in Zeppelin were in preparations for their first world tour in over three years, a tour that would never take place.

The legendary original Led Zeppelin lineup was born as a band in London, England in the latter half of 1968, at the height of the 1960’s ‘flower child’ and ‘hippie generation’ crazes. Jimmy Page, who was and is universally regarded as one of the greatest guitarists on the planet, and his band ‘The Yardbirds’ had just broken up.

Page met up with singer Robert Plant and began to consider putting a new band together. It wasn’t long before the talented Bonham, who both men knew from studio sessions, would be recruited heavily and agree to join the band.

With the addition of bassist/keyboardist John Paul Jones the four men originally set out as ‘The New Yardbirds’, but following their first touring effort it was obvious to all that they had little in common with that original band. The band’s name was changed to ‘Led Zeppelin’, and the rest is music history.
Zep’s hard-rocking guitar-fueled style is often credited as being at the forefront of what is now known as ‘heavy metal’ music, but they did much tremendous acoustic work together as well.

During the 1970’s, Zeppelin grew into one of the most popular, successful, and influential rock bands in music history. The band became known for extravagant clothing and wild partying during touring.

The band’s classic hits released during these years included “Rock and Roll“, “Going to California“, “Black Dog“, “Houses of the Holy“, “Immigrant Song“, Chase Utley’s signature theme “Kashmir“, and a song widely acknowledged as one of the greatest in rock history, “Stairway to Heaven“.

Bonham had a couple of brief acting turns, first appearing as a drummer in 1974’s “Son of Dracula“, and then in an action drag-racing scene during the Zeppelin vehicle “The Song Remains the Same” that was set to “Moby Dick“, his signature half hour-long concert solo.

Bonham had been married since before the Zeppelin years. He and his wife, Pat, had a son born back in 1966 named Jason Bonham. Jason would go on to drum himself for bands including ‘Foreigner’. During the height of Led Zepplin’s popularity, the couple added a second child when daughter Zoe was born in the summer of 1975. But as a rock and roll star, his life was far from that of the typical family man.

On July 23rd, 1977, following a Zeppelin concert in San Francisco, Bonham became involved in a controversial backstage incident. The band’s manager, Peter Grant, had his son helping with the breakdown job. The son apparently took down a dressing room sign that was not band property, and got into an argument with a member of the promoter’s staff, who slapped young Grant. Bonham saw this and ran to the kid’s aid, beginning an attack that ended with the staffer badly beaten by members of the band’s entourage.

This was just one incident in the downward spiral of Bonham’s life. In one episode, Bonham is said to have ridden his motorcycle through a hotel. During a June 27th, 1979 show in Germany, Bonham collapsed while on stage and was rushed to the hospital. It is widely believed that his collapse was caused by his continued misuse and abuse of both alcohol and drugs.

On September 24th, 1980, Bonham was well into his fatal final drinking binge when he attended a rehearsal session for what was planned to be the first Led Zeppelin tour in almost three years. The session ended in the evening and the entire band along with some of their crew and entourage went back to Jimmy Page’s home. At some point after midnight, a drunken, passed out Bonham was put to bed and placed on his side.

The next day, John Paul Jones and the band’s manager went to try to wake Bonham, and they found him dead. A subsequent autopsy found no other drugs in his system, and ruled that he had died an accidental death, the result of his having vomited, inhaled it, and dying as a result from asphyxiation.

Dave Grohl of the band Foo Fighters, who had to deal himself with the personal tragic loss of his own former ‘Nivana’ bandmate Kurt Cobain, is quoted as having said “John Bonham played the drums like someone who didn’t know what was going to happen next – like he was teetering on the edge of a cliff.” It can be said without exaggeration that Bonham lived his life that same way. A great way to drum, perhaps, but perhaps not the best way to live.

John Bonham was just 32 years old when he died from the alcohol abuse. That old adage of sex, drugs, and rock and roll can be extended to include booze as well, a substance that Bonham abused regularly and voluminously. Does he now play the drums in some all-star ‘Rock and Roll Heaven’ band with Jimi Hendrix and Kurt Cobain on guitar and Janis Joplin at the front? We may one day get to find out for sure, but one thing we know now is that his life ended too soon from his own choices involving one of the usual suspects.

NOTE: this is the return of the ‘Rock and Roll Heaven’ series of articles here at the www.mattveasey.com website, all items of which can be read by clicking on that Tag link at the bottom of the article.