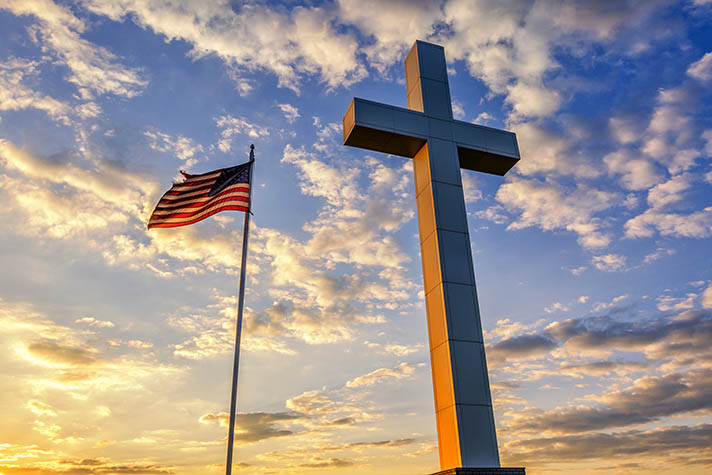 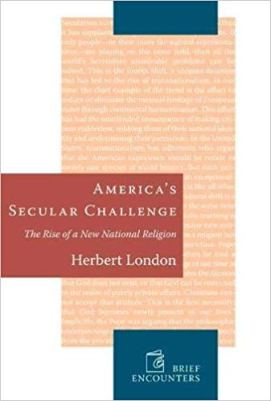 At Christmastime we are supposed to be celebrating the birth of Jesus Christ, our Lord and Savior, and the majority of Americans will be doing just that.

But there is a relatively small yet growing segment of our population that does not realize, or does not care, that it was the values taught by Him which formed the basis of our very national existence.

These ‘secularists’, ‘humanists’, ‘atheists’ and others want any references to Jesus Christ, God, or anything else religious kept out of the public sphere.

They certainly feel that displays of religion on public property should be considered not only inappropriate, but illegal, even during a specifically religious holiday time such as Christmas or Easter.

They especially and more vociferously fight against such displays or references when it comes to Christian religious holidays, knowing full well that most Americans self-identify as Christians.

They rail against the fact that America itself was founded on Judeo-Christian values, and feel that if they can knock off the big boy they essentially win victory over all organized religion. It is the challenge of normal, everyday, faithful, God-loving Americans to stand up against these groups and individuals.

That is the message of a new book by Herbert London titled “America’s Secular Challenge” from Encounter Books.

London is a noted writer of numerous books and articles in almost every major publication. He is also the President of the influential Hudson Institute, a non-partisan policy research organization ‘dedicated to innovative research and analysis that promotes global security, prosperity, and freedom.’

At just 97 pages, London’s effort is more of a booklet or lengthy essay, and yet there is nothing missing on an intellectual level.

He moves through all of the relevant topics involved in the issue of the secularists attacks on organized religion, especially Christianity, in a very readable and informative way over just six chapters: “Secularism: America’s New Religion”, “Truth as a Relative Concept”, “The Limitations of Science”, “Government’s Rational Largesse”, “Patriotism as a Moral Problem”, and “Tolerance, Discrimination, and Discernment.”

He has some specific messages for we Catholics, words that we have heard before but really need to take to heart: “Catholicism, despite many new converts, is culturally in retreat, not only as a religion, but as an authoritative voice of moral conviction.”

He goes on to quote Pope Benedict XVI as he spoke to one youthful audience:

“The great challenge of our time is secularism…The first necessity: that God becomes newly present in our lives.”

He draws distinctions between such things as infamy and fame, and talks about how our current culture misuses those words and misidentifies individuals with those labels.

London weaves in references to the French Revolution, Vietnam, and the current struggle against Islamism in presenting his idea that in order to survive, America “must recognize and defend its religious heritage.”

An excellent book that won’t take up a lot of your time, but will contribute greatly to your understanding of the issues in and the problem of “America’s Secular Challenge.”

NOTE: you can enjoy many recommended books, TV shows, films and more by clicking on the below ‘Reviews’ tag