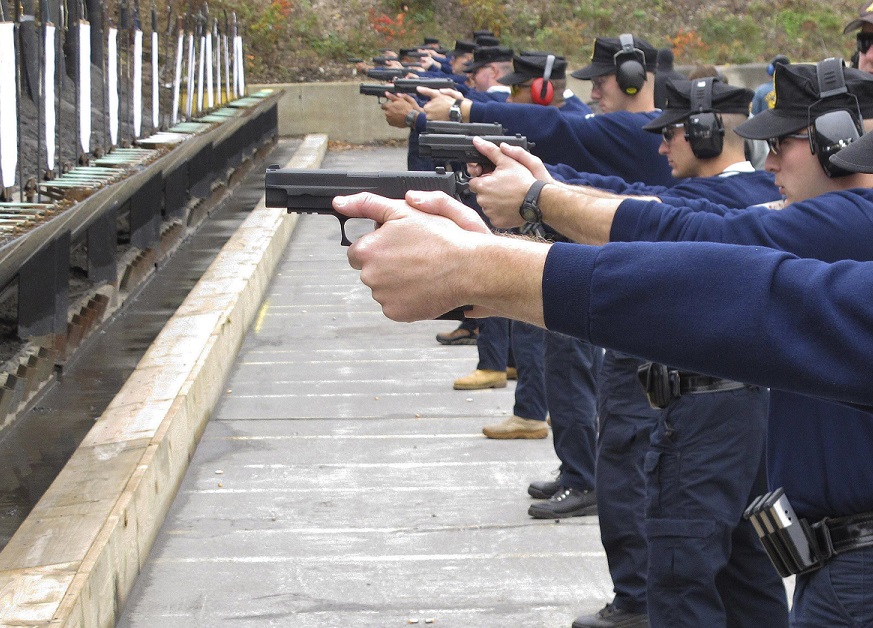 Point a gun at a cop, we will kill you 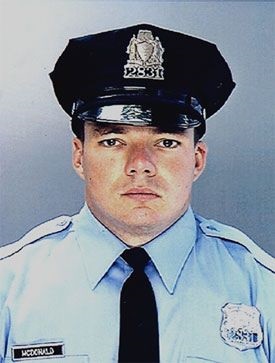 Today’s online editions, and I understand the print edition as well, of the Philadelphia Daily Liberal Rag, er, Daily News quotes a ‘nearby resident’ in the area where police officer Pat McDonald was gunned down as saying “Cops are always using unnecessary force instead of trying to defuse the situation. That is someone’s son that is lying dead there. We aren’t ever told anything. All we know is that another young black man is dead and another cop is dead, too. They want us to give the cops respect, but the cops don’t respect us.”

If I were the intrepid reporter interviewing this particular enabler my next question would be: “Who is us?” Who is it that the cops don’t respect, first of all, and secondly, why should cops, or anyone for that matter, respect you?

The fact is that from the families that raise them, or should I say frequently don’t bother to raise them, to the neighbors who turn a blind eye, to the politicians who paint them as victims and perform the ultimate act of enabling, there is an entire community of people both in this city and around the nation whose off-spring are turning into animals.

Not “someone’s son”, but someone’s spawn. A ‘son’ is defined by Webster’s as “a human male offspring, especially of human beings.”

The word to define Daniel Giddings, as well as Danyea Phillips who shot two undercover Philly Cops back in 2007, John Lewis who killed P/O Chuck Cassidy, Eric Floyd who was one of the killers of Sgt. Steve Liczbinski, Solomon Montgomery who killed P/O Gary Skerski, and many more including the young one who stole a car and smashed into P/O Isabel Nazario, killing her instantly, is simply ‘animal’.

These animals have an obvious common denominator, one that was covered in my November 1st, 2007 piece titled “Black Males Are Killing Us“, but they are not the only big problem in and of themselves. The interviewee of the Daily News article today, the one who attempted to pass off some of the blame on Philly Cops is a huge part of the problem as well.

Also perhaps playing an even bigger role is the family, who showed up in the aftermath, many in muslim garb, as one person wailed “He was a muslim! They killed him!“.

My response to that individual would be “So what?”

Who cares if the murdering animal named Daniel Giddings was a Muslim, or a worshiper of the sun god Rah? What does that matter in any way?

The guy is a lifetime cancer in the community. He has repeatedly committed numerous felonies, including while in prison. He was a menace to society who clearly practiced the anarchy that those around him preached.

The ‘us’ likes to cry that the problem is with ‘the Man’, even though the real problem lies with the community itself.

Well here is my answer to anyone else who chooses to draw a weapon on Philadelphia police officers. Just as responding P/O Rich Bowes deservedly did to Giddings in an outstanding example of police work, so shall we do to the rest of you: we will kill you.

You might get lucky and either get the drop or ambush one of us, but you cannot escape us all. You aren’t big enough to take us all. We have folks bigger and badder than the baddest you have to offer.

Your gang isn’t big or strong enough. Ours has over 6,000 members in just the local chapter alone. We wear and bleed blue. And we all legally carry guns and other weapons on us, as well as being all linked by high-tech radio systems.

You can’t run far enough if you do happen to initially slither away. There has only been one murder of a Philly Cop in our history who went without capture, and that one was well over three decades ago.

We practice with our weapons regulary, the state mandates it. Our department guides us and trains us in how and when to use our guns as well.

One thing that is certain: if you point a gun at a Philadelphia police officer, you are pointing it at the entire city. And now, after a number of us have had to pay the ultimate price for the work that your family and neighbors and community were unwilling to do in your formative years, we will no longer hesitate.

Many cops who are killed are ambushed by cowards like those listed here. But there have also been cops in the past who have hesitated to pull their guns and shoot.

Some feared the simple act itself. Some feared the ramifications of desk duty, and ACLU or media or community protests and negative reporting. Some feared unfair treatment at the hands of overzealous and two-faced politicians who want to talk the ‘tough cookie’ talk, but never back up those of us who have walked the tough walk on a daily and nightly basis.

But today there is no one who is in fear of using their weapon.

You see, we want to return home to our family tonight. We want to go home and watch the Phillies pennant race, or the Eagles game. We want to make that class to obtain our college degree. We want to see our kids dance recital or ball game.

Unlike these animals and most of their enablers, we care about our communities, our families, and our lives. We will not allow you to take them from us, or us from them, any longer.

If you point a gun at a Philly Cop, plain and simple, we will kill you.

If any politician or other ‘leader’ thinks that is harsh, then maybe you need to take our guns away from us. Because otherwise, we not only will use them to defend ourselves and the public-at-large, but we are required to use them for those purposes.

What we need to do is what we now will do, which is what we are trained to do with our guns: we will kill you.

We are not trained to ‘wing’ anyone. We are trained to aim for center mass as best as possible. That is often a kill shot.

That message needs not be sanitized. Instead, it needs to get out there in the community and reach the ears of the drug dealers, terrorists, lifetime felons, and other neighborhood cancers who would do us harm.

Point a gun at a cop, and we will kill you. Plain and simple.